How in the World Did Astronauts Grow Lettuce in Space?

NASA's here for a little show-and-tell. 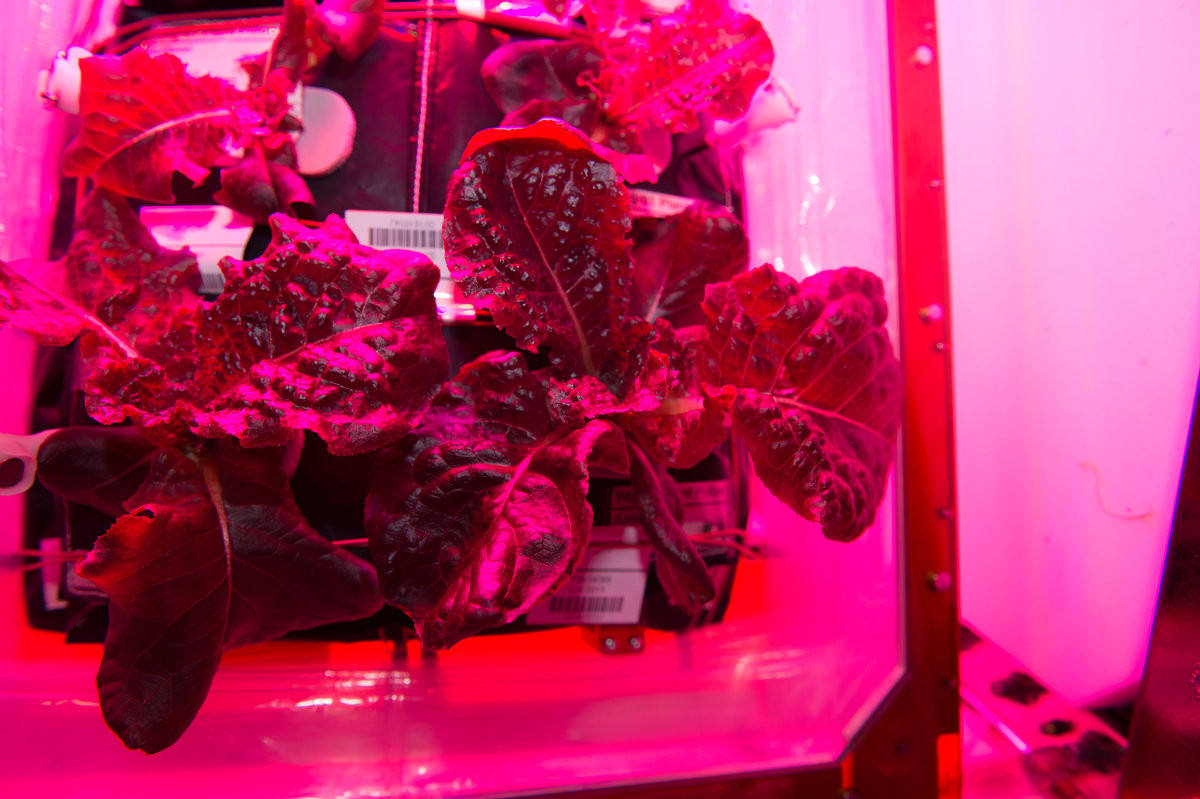 The secret to growing plants in space (and no, it doesn’t involve astronaut poop like in “The Martian“) is a really cool invention called the plant pillow. Inside the pillow there’s controlled-release fertilizer, water, and calcined clay, which helps with aeration. The pillow has a slit at the top where a “wick” can be inserted, which has a sticky surface to keep the seed in place and also helps draw water from the pillow to the plant.

The entire growing system, developed by Orbital Technologies Corp and called the Vegetable Production System (VEGGIE), includes red and blue LED lights that take the place of sunlight. They’re set up so that the seedlings orient themselves upward and out of the pillow. The walls of the system can be expanded to help protect the plants as they get bigger. NASA scientists are continuing to work with different fertilizers and combination of lights to help improve yield, nutrition, and flavor.

The next SpaceX cargo delivery, scheduled for March 20, will be carrying some cabbage seeds from what NASA says is a tasty variety, along with more red romaine seeds. In the future they hope to add tomatoes and peppers to the mix as well. Meanwhile, the crew has grown some rather pretty zinnias that are being used as test subjects for how flowering plants do in a weightless environment, which will be important for fruit-bearing plants like tomatoes.

So besides the obvious reasons for growing plants in space – having healthy, fresh vegetables to supplement the astronauts’ diet of none-too-appetizing packaged meals and as a move toward self-sufficiency for longer missions – NASA believes there’s another added benefit.

“I think the psychological effects of growing plants in space will be incalculable,” Dr. Gioia Massa, the head of the VEGGIE project, is quoted saying in the video. “Having living plants can help with stress and increase the crew’s enjoyment. Growing plants can provide the sights, smells, and tastes of Earth.”

Check out the video below:

Popular
How to (Actually) Get Rid of Fruit FliesEmily Baron Cadloff
7 Smokable Plants You Can Grow That Aren’t MarijuanaBrian Barth
How to Design a Moon GardenLindsay Campbell
6 Differences Between Llamas and AlpacasAndrew Amelinckx
Goat Sex: Everything You Wanted to Know But Were Afraid to AskAndrew Amelinckx
Explore Modern Farmer
Related
Animals
The Unique Struggle of Running a Sheep Dairy in AmericaChristine Clark
Food & Drink
Why Seasonality Matters for CheeseHannah Howard
How-To, Plants
How to Preserve Your Own FlowersSophia F. Gottfried
Million Gardens Movement
America’s Oldest Continuously Operating Victory GardenFrank Giustra
wpDiscuz
We use cookies on our website to give you the most relevant experience by remembering your preferences and repeat visits. By clicking “Accept”, you consent to the use of ALL the cookies.
Cookie settings ACCEPT
Privacy & Cookies Policy