Give farmers a tax break to donate to food banks! 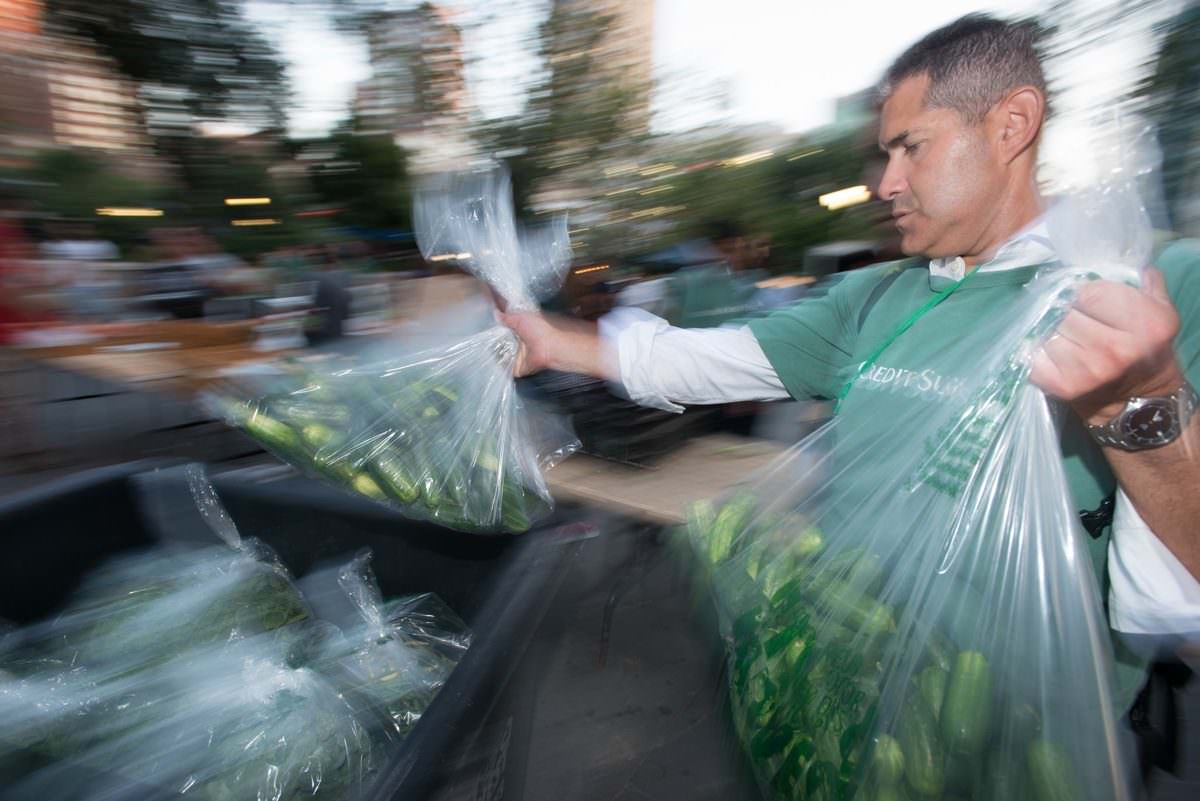 According to the AP, in just New York state, farmers donated about 12 million pounds of food to food banks. That’s a huge help to the food bank system, but at best, the farmers only break even on the labor. Why not extend some financial incentive to them? A coalition of a whopping 144 groups, ranging from farmers to anti-hunger activists to environmentalists, submitted a letter to Governor Cuomo of New York, urging him to implement a bill that’s now twice passed the state legislature. The bill aims to make it easier and more profitable for farmers to keep food banks full.

All farmers will have periods of excess food that can’t easily be sold. There are many reasons for that: sometimes a farmer has negotiated a deal to sell a certain amount of produce, only to have a better-than-expected year; some food, due to being ugly, can’t be sold; or sometimes the harvest simply doesn’t turn out the way the buyer wants. In that case, farmers can try to scramble and sell their unsold food, but often, it’s donated into the food bank system.

Some food banks, like New York’s City Harvest, pay farmers what’s called a “pick and pack out,” or PPO rate, basically paying for the labor and shipping fees for the food. But as we well know, food waste is a huge problem, and sometimes, for lack of an avenue to send food into the food bank system, excess food is simply dumped.

The bill is what’s called a farm-to-food-bank bill, offering incentives in the form of tax breaks to farmers who donate excess food to food banks – a win-win, really, as it encourages farmers to donate more food and enables excess food to actually be eaten by those who need it.

Cuomo vetoed the bill last year, by reasoning that the bill fell outside the standard state budget proceedings, but this coalition is now urging him to pass it this year. The governor’s office told the AP that the bill is under review at the moment.