Twelve eggs for 99 cents? What's going on out there? 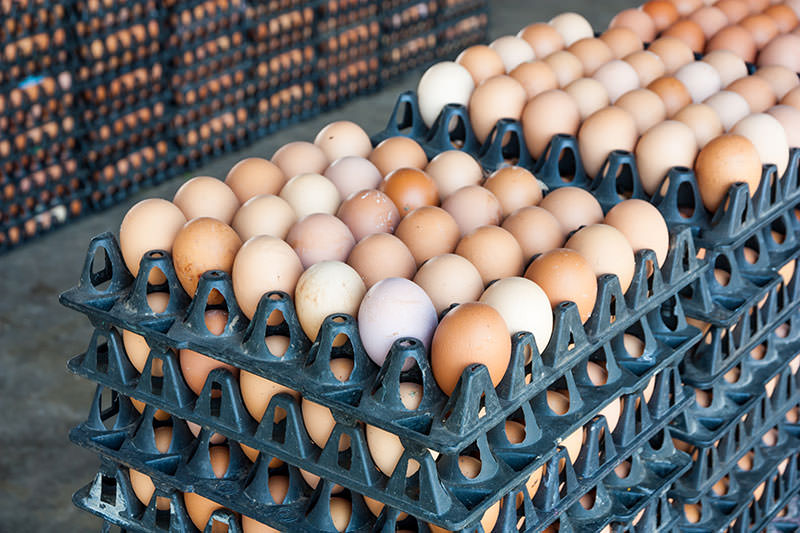 In fact, as Quartz notes, eggs haven’t been as cheap as they are now for a full decade, after adjustment for inflation. The average price, according to the US Bureau of Labor Statistics, is down to $1.46 per dozen, and there are deals much lower than that; it isn’t unheard of for eggs to sell for a nutso $0.99 per dozen.

What’s especially notable about this price is how dramatic a drop it is from the same time last year, when the average price of a dozen eggs spiked to over $3 per dozen. Admittedly, the price last year was unusually high, due to avian flu. Last year’s outbreak of avian flu disproportionately affected egg-laying hens, compared with, say, broiler chickens, and tons of millions of hens had to be euthanized to stem the epidemic. That drove prices sky-high.

But with things relatively back to normal on the illness front, egg producers in 2016 found themselves with a surprisingly large haul, producing more eggs than expected thanks to favorable weather and low fuel costs. Those same conditions have, actually, produced low costs for all kinds of food: Bloomberg notes that, aside from eggs, beef is also pulling in fewer dollars than last year. But nothing compared to a whopping 52 percent price reduction for our old friend, the egg.

We should note, of course, our favorite way to source eggs: the farm-fresh way.