Watch a farmer help the cutest little alpaca out of a pickle it got itself into...underground! 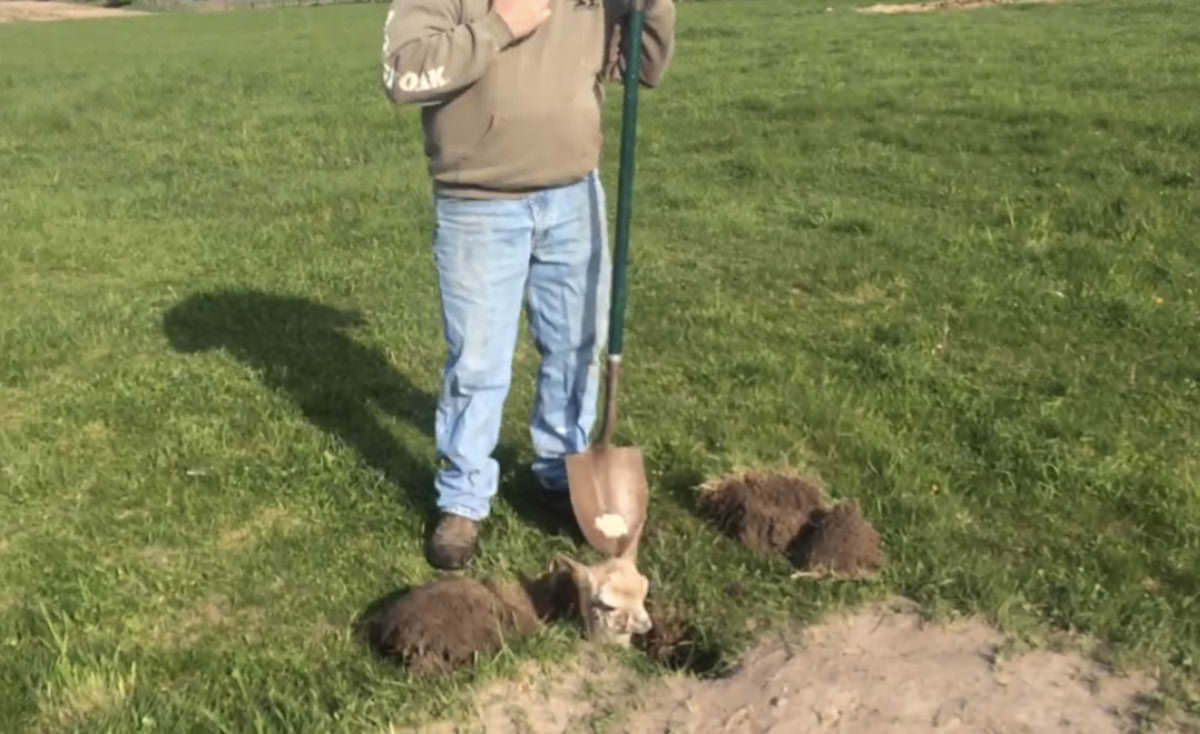 That seems to be the mindset of a baby alpaca in Wisconsin, anyway, by the looks of this video.

According to Govin’s Farm, the week-old baby alpaca (or cria) was missing for more than 24 hours when they found her. When farm personnel realized she was missing Saturday evening, they searched for a time and decided to break until the next morning. Then, surrounded by the entire alpaca herd, she was spotted. “It was really strange to see because she was entirely underground when I first saw her,” the Farmer John wrote on Facebook.

As to how she ended up there, the Facebook post suggests she was enjoying a nice dust bath when she slid into the hole. Despite her resistance to leave her little nook, the cria emerged, un-cushed herself, and tottered off with her mama, we assume, who supervised the entire rescue. She’s reportedly doing just fine now.

More about alpacas:
Important question: What sound does an alpaca make? »
6 differences between llamas and alpacas »
The definitive guide to raising alpacas »