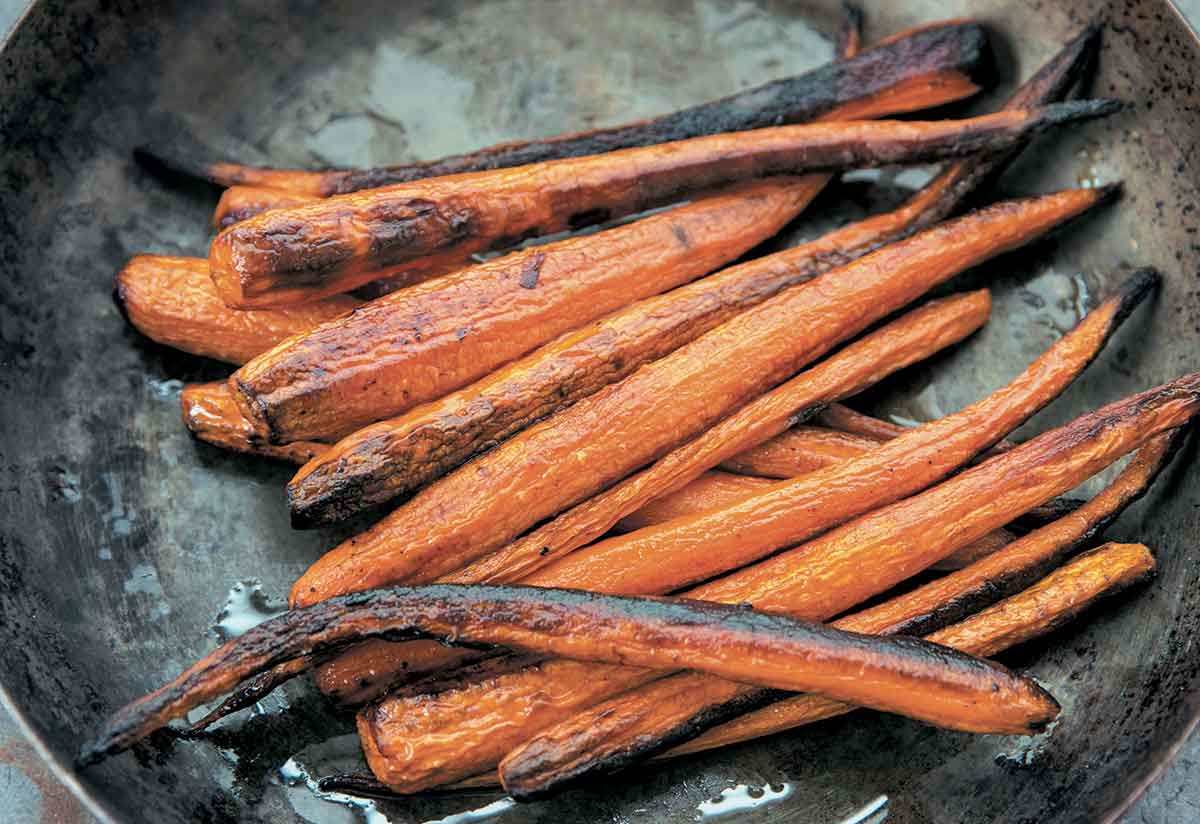 Preheat oven to 450°F. In an ovenproof skillet or cast-iron pan, toss the carrots with the lard to coat, then season with salt. Transfer to oven and roast until blistered and tender, shaking the pan occasionally so carrots brown on all sides, about 40 minutes. Serve hot or at room temperature.

With a sharp knife, trim any blood spots or bits of meat from 1¼ pounds pork fatback or leaf lard (sourced from a reputable butcher). Chop fat into ½-inch cubes. In a large Dutch oven over medium-low heat, simmer fat cubes and ½ cup water, stirring occasionally, until water evaporates, fat begins to melt, and cracklings – little bits of browned fat – float to the surface, 45 minutes to 1 hour. Continue to gently stir periodically until cracklings sink to bottom of pot, 20 to 45 minutes, depending on size of pot and chunks. (Be careful not to overcook once cracklings sink, as they can impart a burnt flavor if they get too brown.) Remove pot from heat. Line a fine-mesh sieve with cheesecloth and strain lard into a clean mason jar, reserving cracklings for another use (they’re especially good on salads). Let cool completely, then cover jar with lid and refrigerate. Refrigerated lard will keep for several months.