Harness the Power of Draft Horses

Earth-friendly and emotionally rewarding, equine-fueled agriculture is experiencing a renaissance. 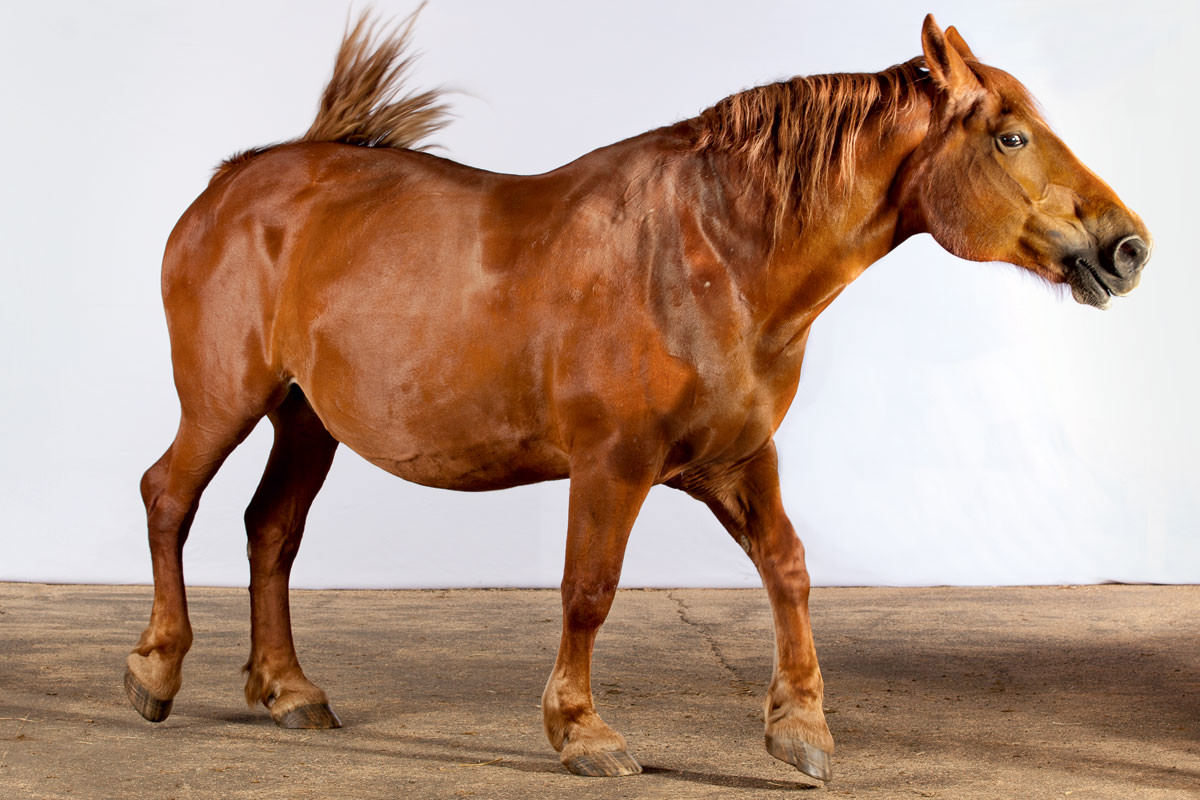 Picture the kind of farmer who relies on horses, not a tractor, to plow his fields, and your mind’s eye probably conjures a conservative Amish gentleman or some Colonial Williamsburg curator in full period garb – anyone but Matt Volz of Greyrock Farm in Cazenovia, New York. The 32-year-old sometimes texts while driving a team of black Percherons and has been known to shave his hair into a mohawk. A former philosophy major, he harbors hopes of releasing a heavy metal album.

Five years ago, when Volz began employing draft horses, he had a tough time finding the necessary equipment, much less a mentor to show him the ropes. “Now,” he says, “I know tons of farmers who drive horses, many in their 20s and 30s.” Which is hardly surprising, given horse-drawn labor’s obvious neo-Luddite appeal. What could be more old-school and artisanal than using animals to pull plows and cultivators, harrows and hay balers? Cheaper than tractors, draft horses will toil for 30 to 40 hours a week on a simple diet of grass and hay, then export fertile manure – instead of guzzling fossil fuels and belching diesel exhaust. 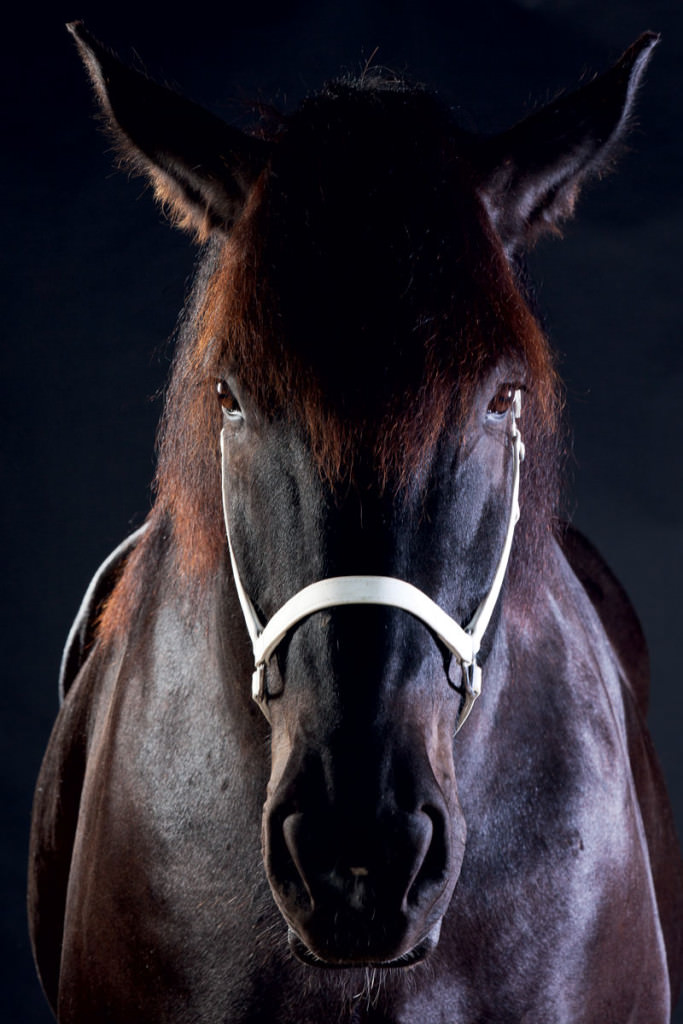 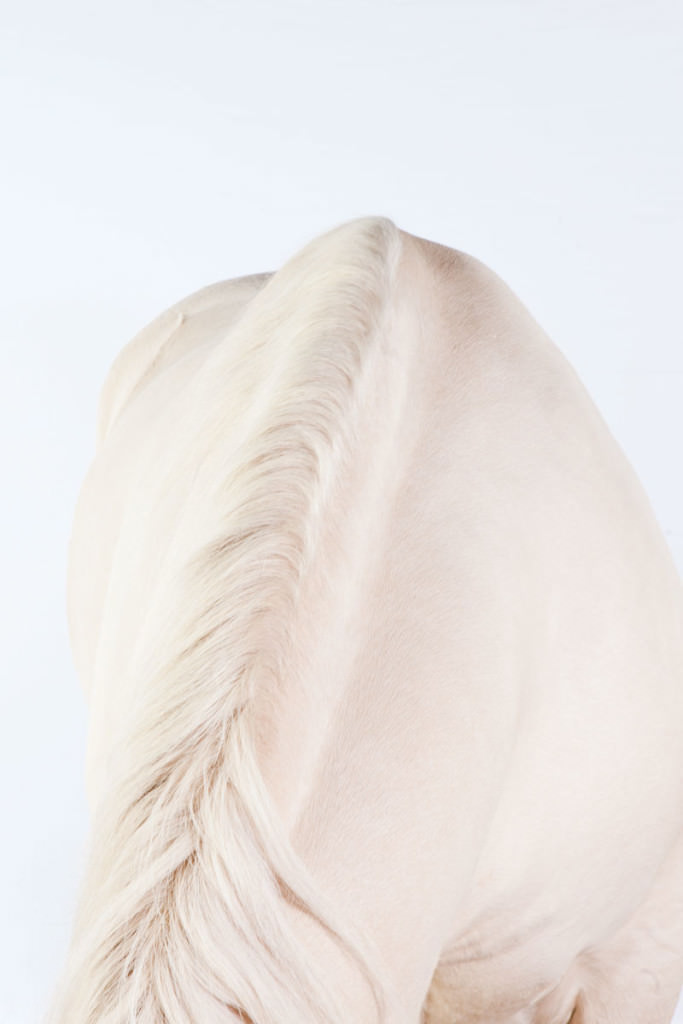 Of course, the current back-to-the-land movement doesn’t represent the first time young people searched the past for slower, more sustainable agricultural methods. Stephen Decater, a protégé of biodynamic pioneer Alan Chadwick and the founder of Live Power Community Farm in Covelo, California, has been working with draft horses since 1980. “I appreciate what tractors can do,” Decater says, “just not the impact they have on the earth and even our bodies, if we’re breathing the fumes and absorbing the vibrations.” He’s spent decades retrofitting 1920s and ’30s implements to suit the needs of his 50-acre organic farm, building a customer base that values the environmental benefits of equine energy and fine-tuning his business plan to turn a profit.

Plus: Before trading in your tractor, sage advice from Stephen Decater

In other words, horse-powered farming requires serious patience. Draft horses may be on the verge of a hipster renaissance, but dilettantes may find their romantic fantasies bumping up against the challenges of managing one-ton beasts. “Horses are not tractors with tails,” Volz cautions. “They need constant attention.” Instead of turning a key and pressing a gas pedal, Stephen Leslie of Cedar Mountain Farm in Hartland, Vermont, devotes about 45 minutes to readying his Fjords each morning: feeding and grooming; shoveling manure; plucking stones from hooves; getting the gang harnessed and hitched to a plow. “It’s an emotional bonding time,” Leslie explains, touching on one major advantage mammals have over machinery – the potential for establishing a near-telepathic connection with their teamster (the person who drives a team of horses). Volz agrees: “It’s a pleasure to have a relationship with these big, beautiful animals.” 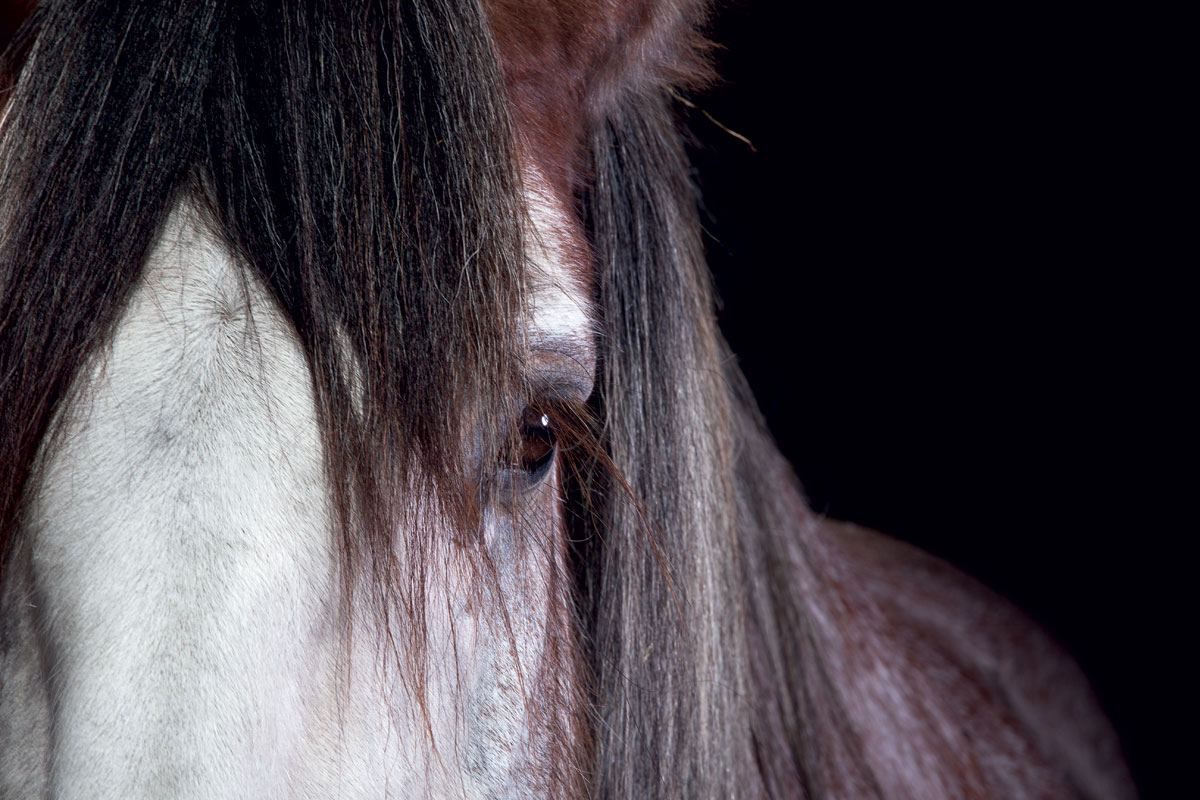 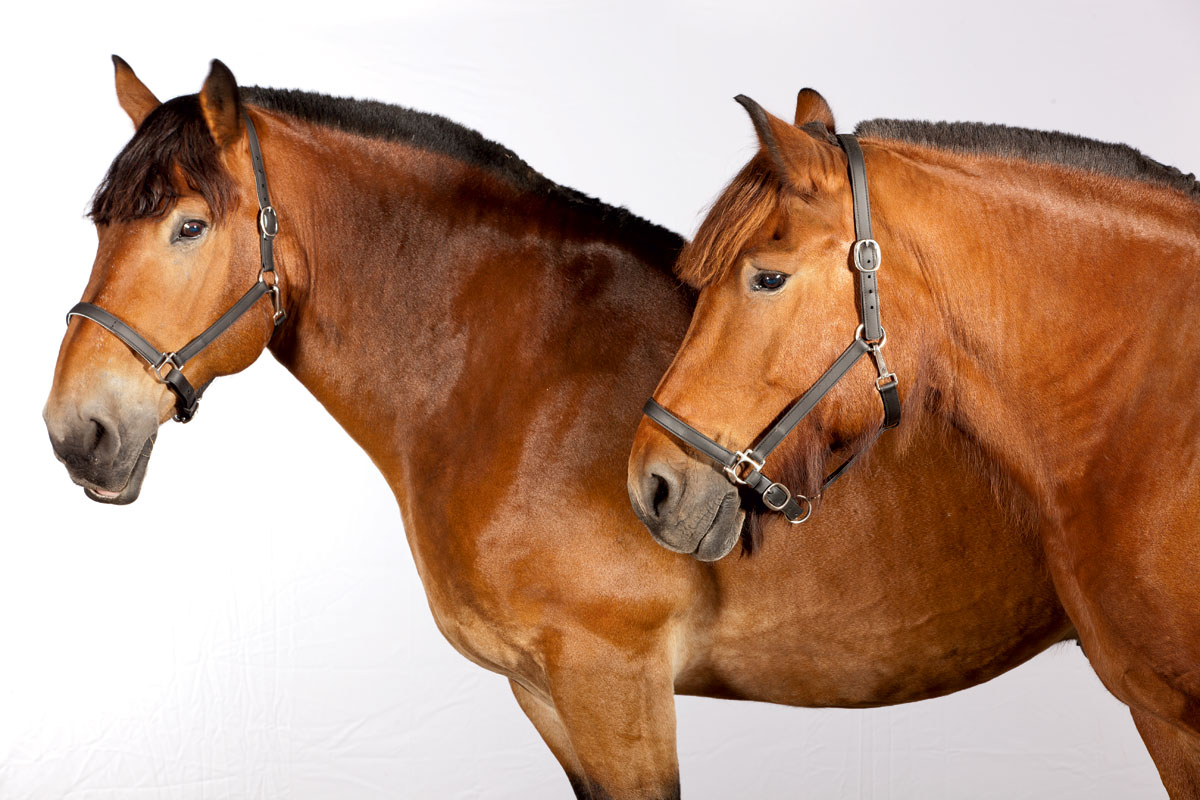 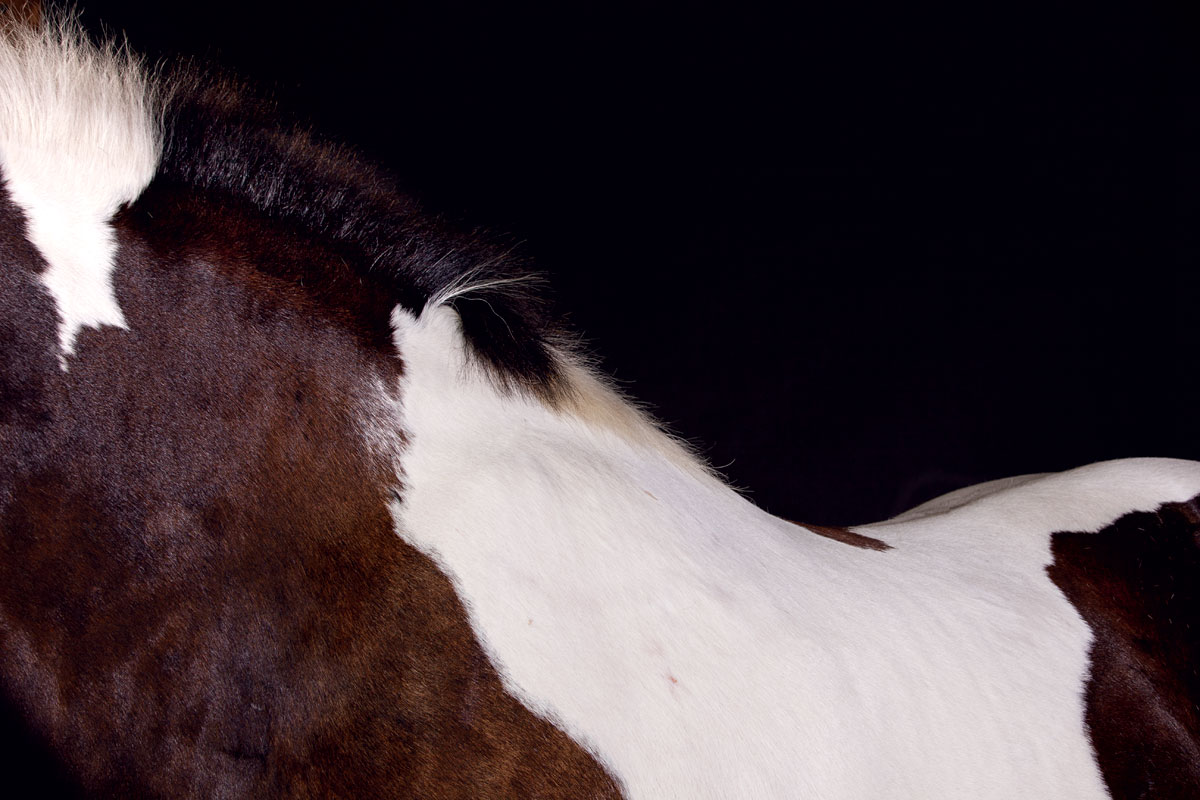 That beauty comes in many forms, with the Clydesdales of Budweiser fame representing the mere tip of the iceberg. Choosing the right breed involves weighing such factors as stamina, specific abilities, and size. American farmers favor strong, sure-footed Belgians and Percherons, both of which measure nearly six feet tall from hoof to shoulder (16 to 17 hands in horse parlance). Pony-sized Fjords, at just 13 to 15 hands, are perfect for small plots, while the largest breed, Shires, can reach heights of 21 hands. (For descriptions of nine popular breeds, see “Draft Picks,” below.)

Plus: See the world’s biggest horses!

Volz recommends starting with horses that have already been trained. To find a reputable seller, contact the draft-horse breeders’ association in your region. You can also check out the offerings at draftsforsale.com or scan the classifieds in The Draft Horse Journal. For a more hands-on approach, attend a draft-horse powwow like the Draft Animal Power Network’s Field Days events or Horse Progress Days. Expect to pay at least $2,000 for a trained horse, and count on a team of two animals for every two acres in intensive cultivation – up to 14 acres total (anything larger, and equine-fueled agriculture becomes impractical). While there’s no easy horse-to-acre ratio for fields planted with low-maintenance, broad-scale crops like hay and grain, we’ve never encountered a horse-powered farm with more than 150 such acres and eight horses total.

Caring for draft horses is far less rigorous than tending riding horses. The hardy working animals, which typically remain productive for 15 to 20 years of their 25- to 30-year life span, will certainly cotton to a classic horse barn with stalls, but they don’t demand it. And a more basic shelter with access to a fenced-in paddock will save you hours of manure shoveling. Since draft horses traverse the soft earth of a farmer’s fields, they usually go shoeless, eliminating farrier costs, though their hooves will need trimming every six to eight weeks. Annual checkups and vaccinations are also a must.

In terms of feeding the animals, you needn’t provide more than fresh grass supplemented with baled hay when necessary. Leslie suggests reserving about an acre of pasture and 150 bales of hay, annually, per full-size horse (his small Fjords require half that much). Although some farmers may give their animals a few scoops of grain after long work days, others caution against allowing the horses to gain weight. Donn Hewes, president of the Draft Animal Power Network, reserves his richest pasture for milk-producing sheep, and encourages horses to dine more efficiently. “They can clear brush,” he says. “They can eat the scrubby edges of pasture. They can follow in pastures where the sheep have already grazed.” And each draft horse should reward you with enough rich manure to fertilize around one acre per year. 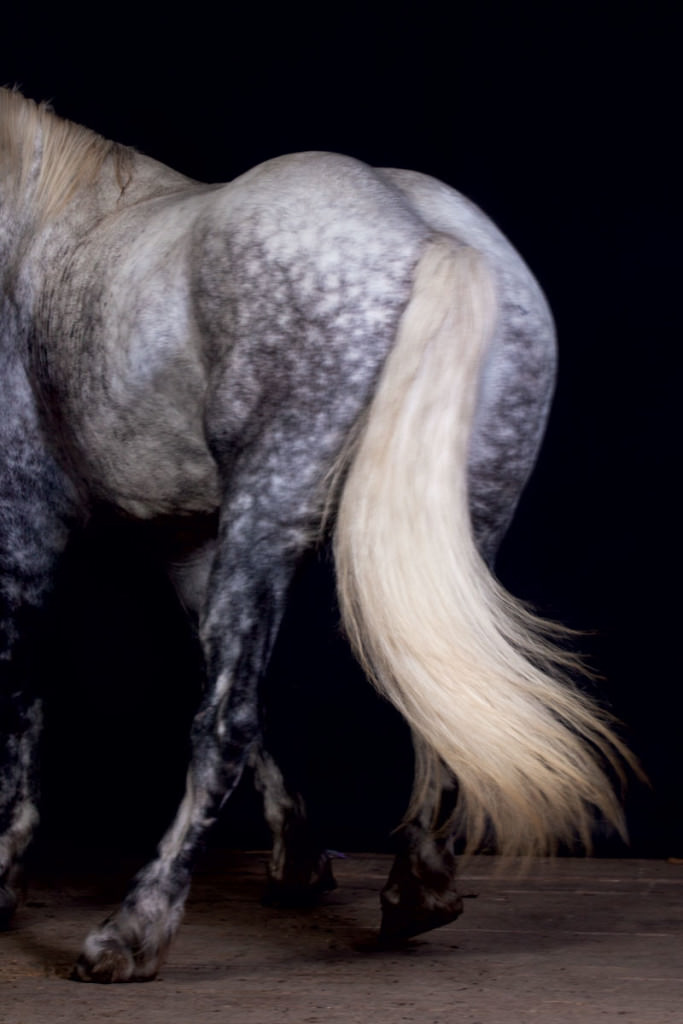 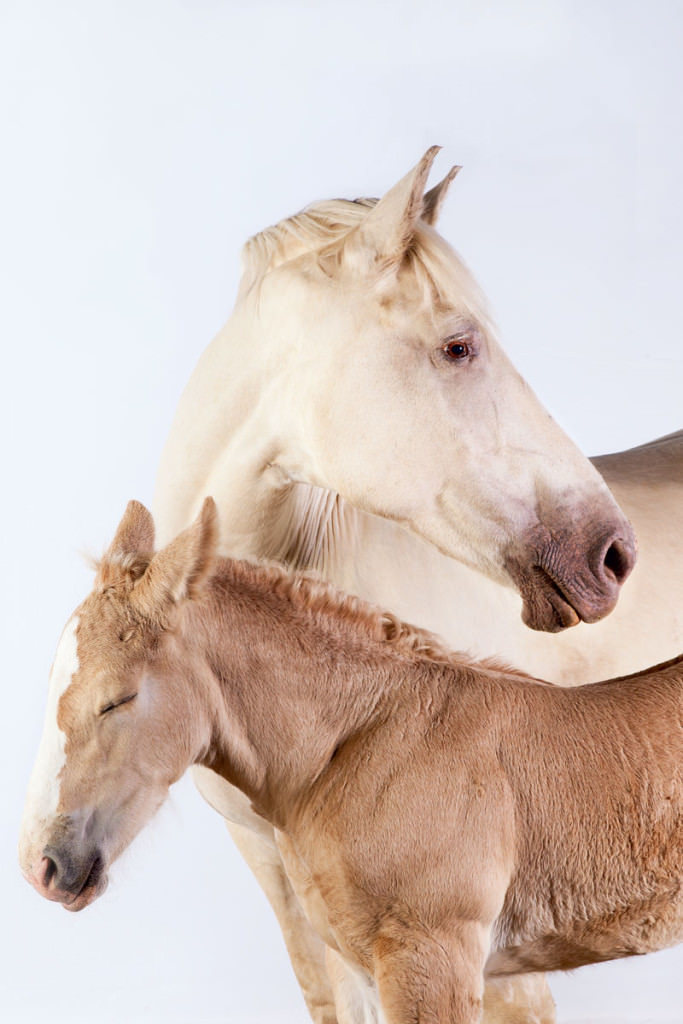 Guiding the animals through their tasks involves simple voice commands. “Get up” or “Giddy up” gets the horses moving, as will a simple “tsk” or smooching sound. “Gee” means head right; “haw,” go left. “Easy” slows down an eager horse, and “whoa” should stop it on a dime. The commands can be reinforced with gentle pressure on the leather lines that run between the bit in the animal’s mouth and the teamster’s hands, the equivalent of the reins used with a riding horse. An experienced teamster can plow a field of straight furrows nearly as fast as a tractor, says Leslie. “Once you make the first pass, the horse just has to walk in the furrow. She totally gets ‘I’m supposed to walk on that.’” (For more info, see The Draft-Horse Gear and Tools You Need, which details the tasks these horses can accomplish, along with the equipment needed for each.)

A well-trained team of horses will move with such finesse, in fact, that it’s possible to pull a cultivator through a field of tiny carrot seedlings to remove weeds without disturbing the crop. Reaching that point, however, involves years of practice. Leslie, who’s been driving horses for two decades and just published his second book on the subject, Horse-Powered Farming for the 21st Century (Chelsea Green), says it took him nine years before he was able to completely eliminate the need for a tractor on his four-acre vegetable farm. “It’s a skill that needs to be learned,” he says, “and there is some potential for disaster.”

Horses can be easily spooked, for example – whether from a bee sting, a car backfiring, or the crack of a dry branch underfoot – and the several thousand pounds of muscle contained in a team is difficult to control once it’s been spiked with adrenaline. Volz recalls an instance from his first year of draft-horse farming, when he was loading chicken coops onto a trailer hitched to a young, inexperienced team. The coops, cobbled together with two-by-fours and sheet metal, jostled about noisily, and at a certain point the horses took off in response to the racket. “I can still picture it,” he says, “One of them just kind of coiled up, condensed, and shot forward.”

Volz eventually managed to guide the horses in a circle until they ran out of steam, but it was a lesson he regrets having learned the hard way. You can see why he strongly urges novices to start with experienced, well-trained horses. Volz also suggests apprenticing on an established horse-powered farm and learning the ropes in your free time, rather than adding the responsibility to the already significant pressures of running a farm. Fortunately, as the demand for draft-animal skills surges, apprenticeship programs are springing up across the country. A handful of colleges even offer courses on the topic.

Plus: Want to master draft-horse farming? Sterling College’ll teach you how!

Among the benefits many draft-horse owners say they originally failed to consider is the marketing power of these majestic animals. Since 2010, more than 100 American horse-powered farms have applied for, and been granted, certification by Equicert. “Consumers definitely appreciate the ethics of it,” says Volz, who recently opened a farm shop across the street from the stable that houses his Percherons. “But a lot of people just like looking at them. When customers are in our store and we drive by with the horses, everyone stops and stares out the window.” 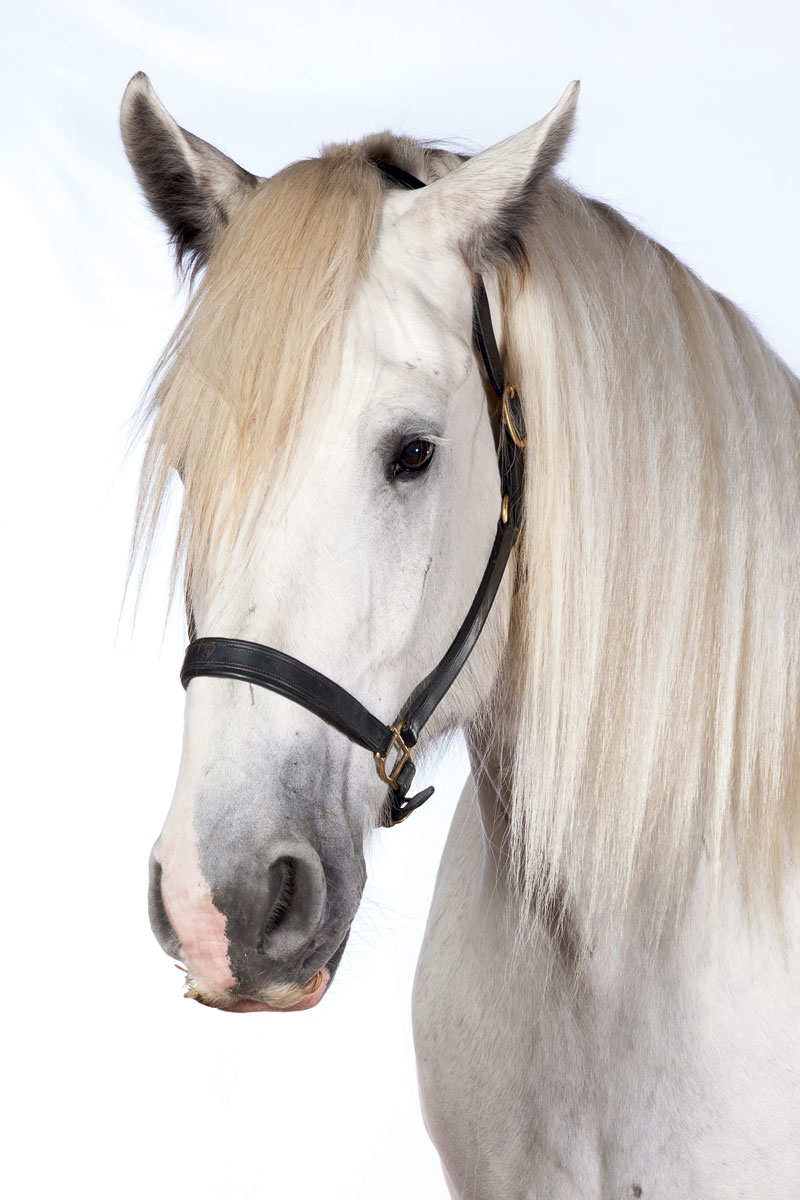 The largest draft horses, ranging from 2,000 to 2,400 pounds, these gentle giants originated in England during the 12th century. 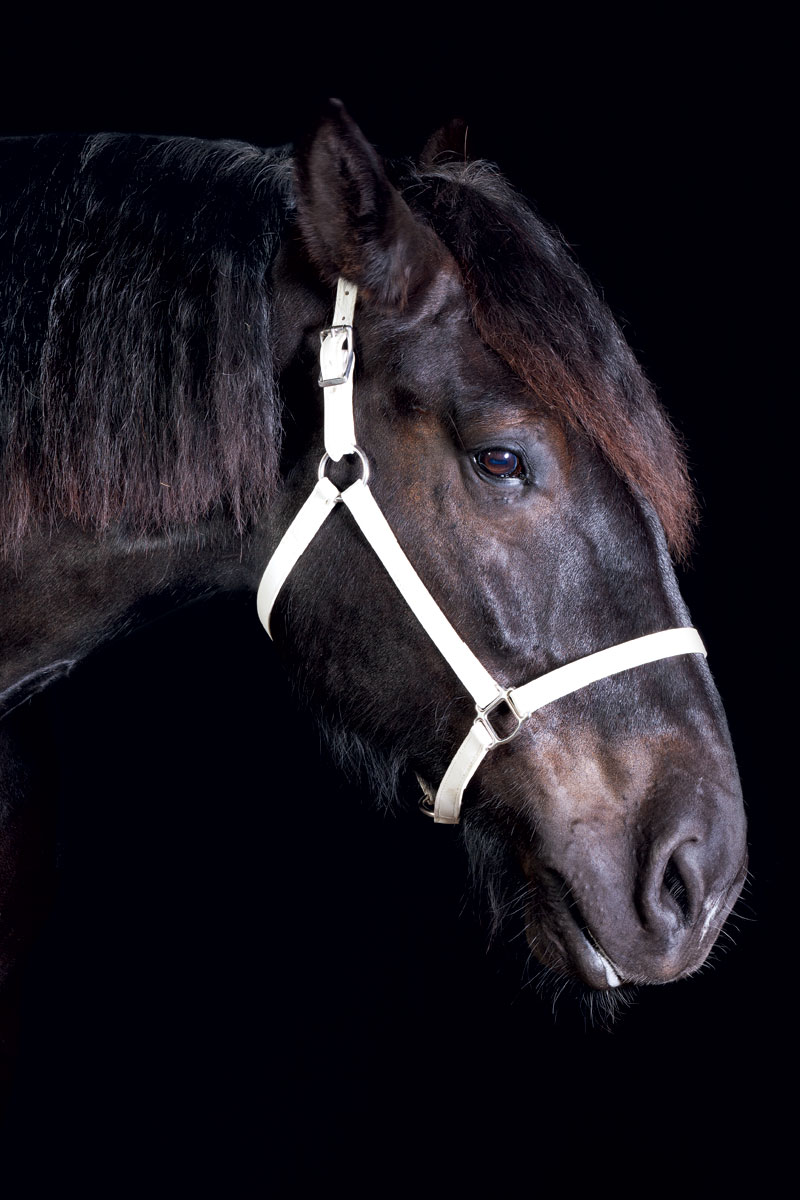 Farmers tend to favor these French beauties – bred as medieval warhorses – for their ability to step carefully in the field. 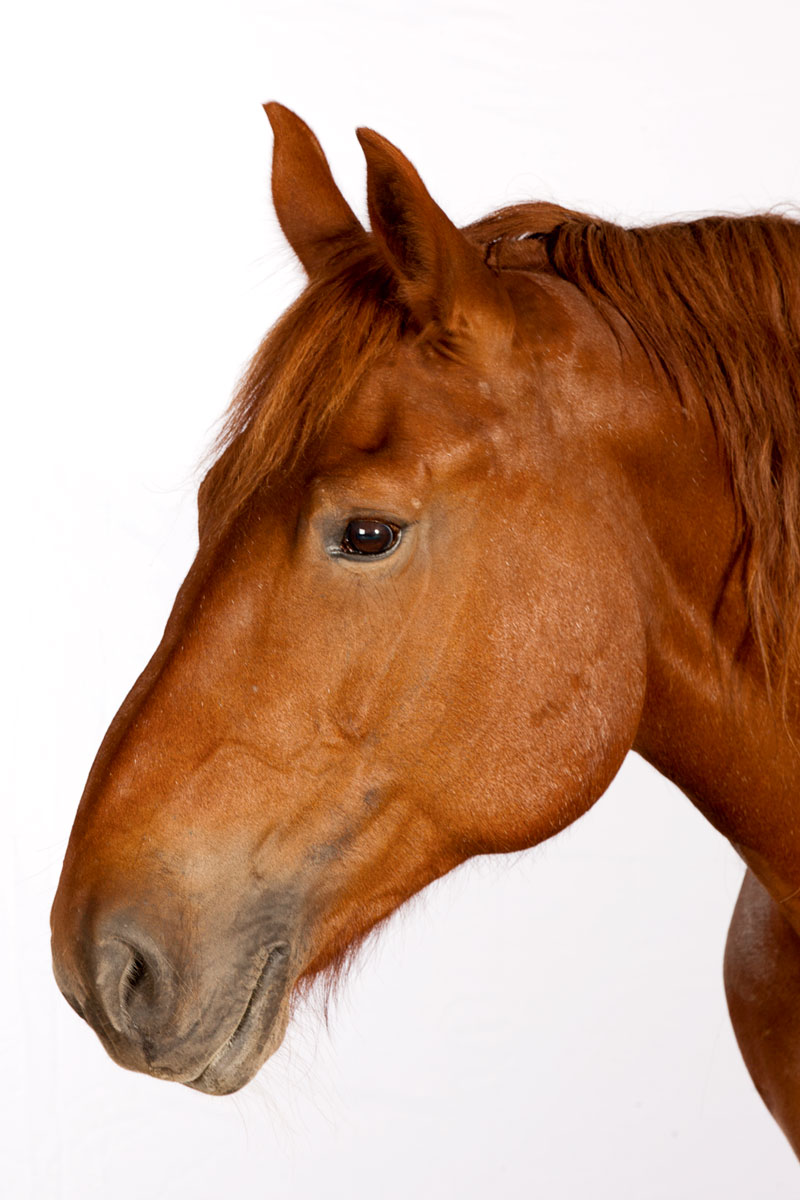 This breed is the only one developed specifically for agricultural purposes. “Punch” refers to its impressive strength relative to size (1,600 to 2,000 pounds). 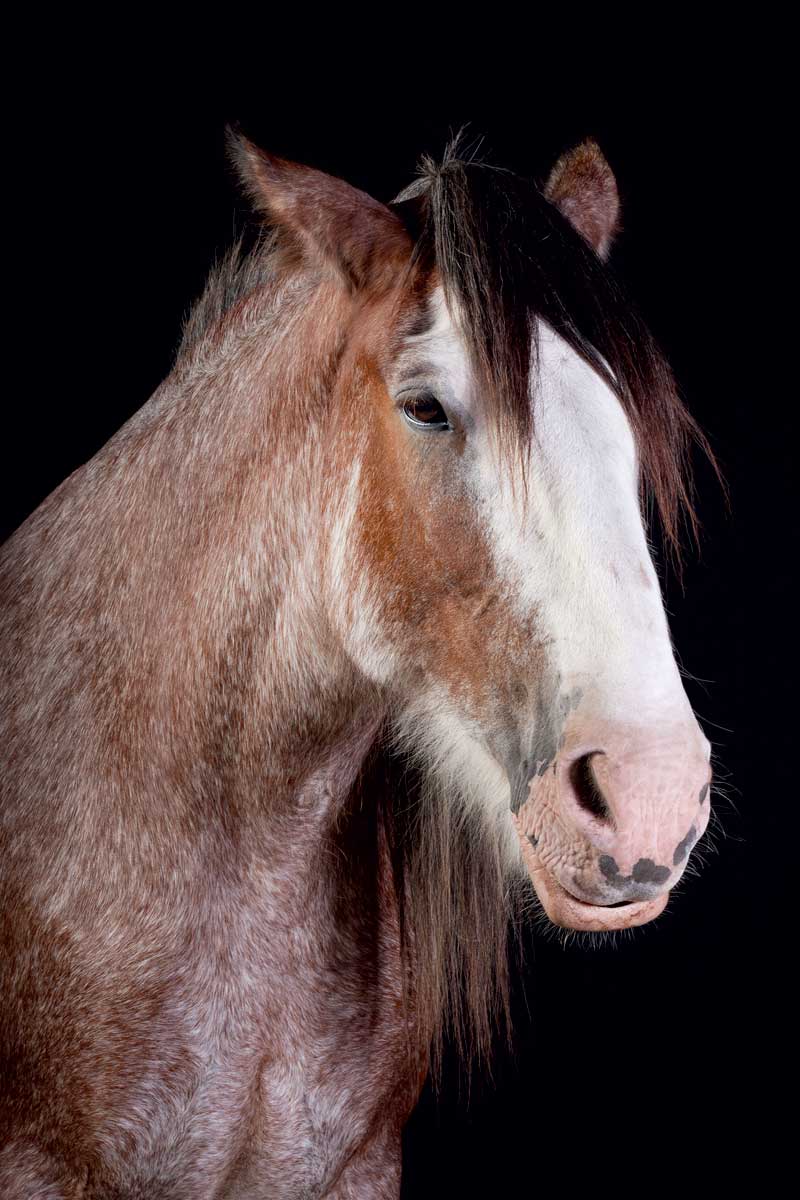 Best known for their Budweiser association, these furry-legged beasts, which weigh in at 1,600 to 2,400 pounds, originally came from Scotland. 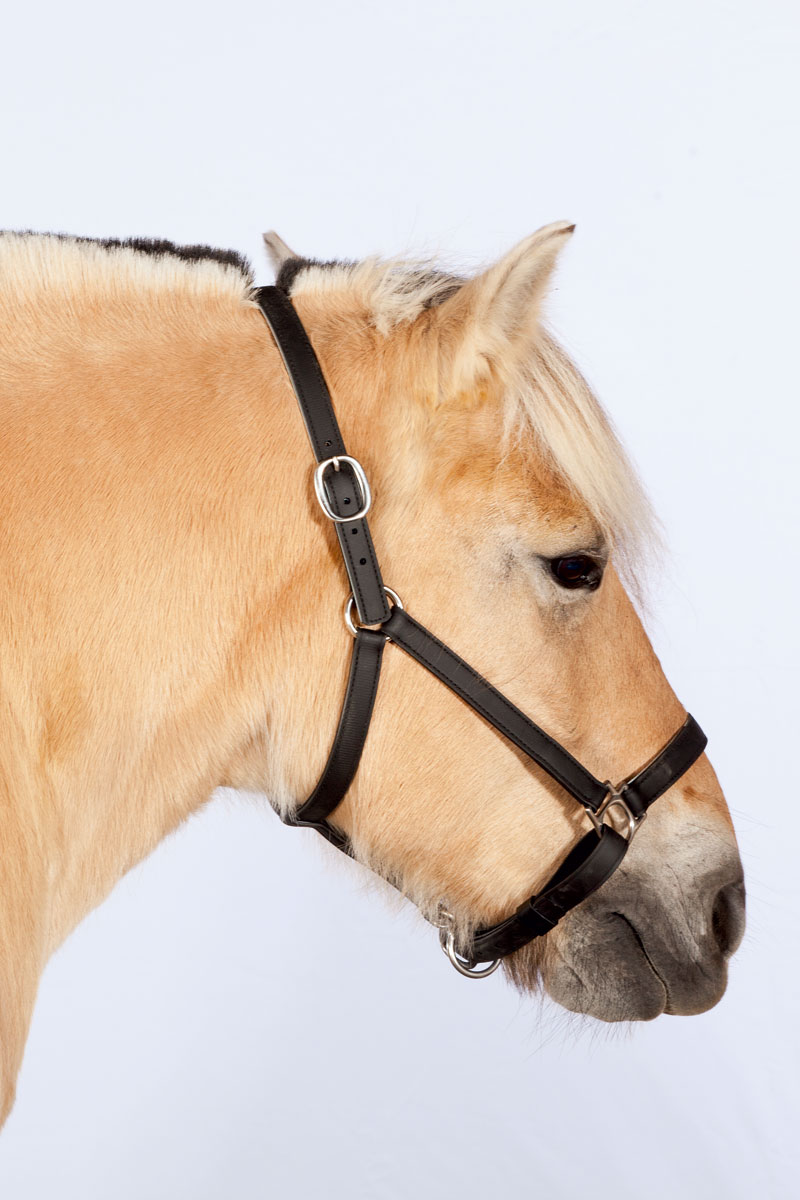 One of the smallest draft horses, at 900 to 1,200 pounds, pony-sized Fjords have changed little since being domesticated by Norwegian Vikings over 4,000 years ago. 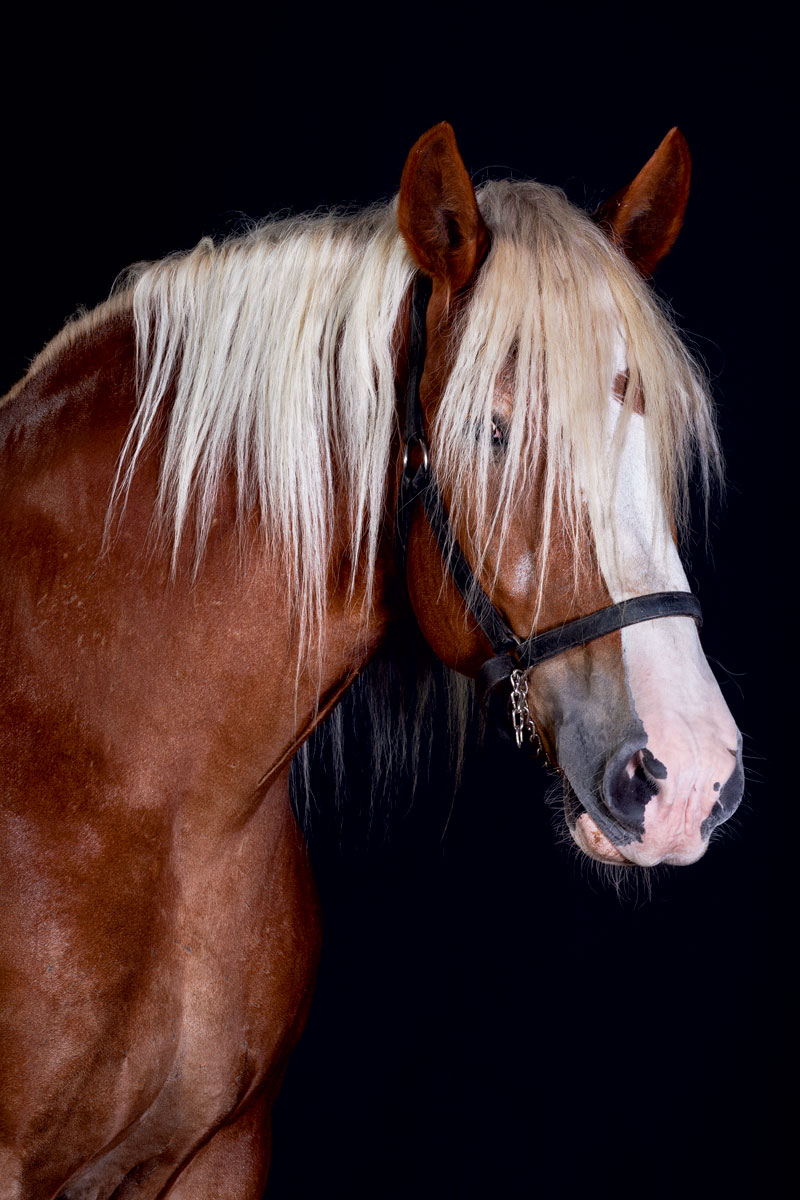 This breed – by far the most popular in the United States – was developed by Midwestern farmers from European stock. 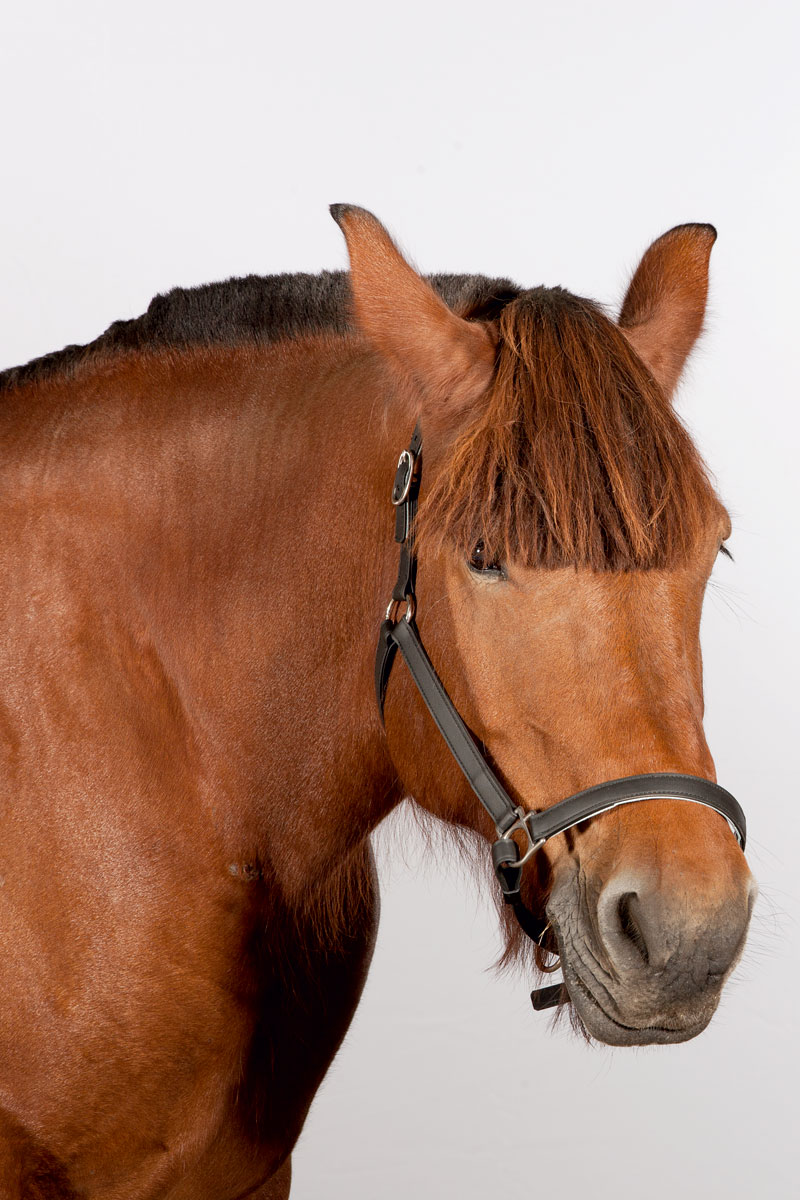 The progenitor of the American Belgian, Brabants are a bit stockier and sport glorious feathering on their lower legs. 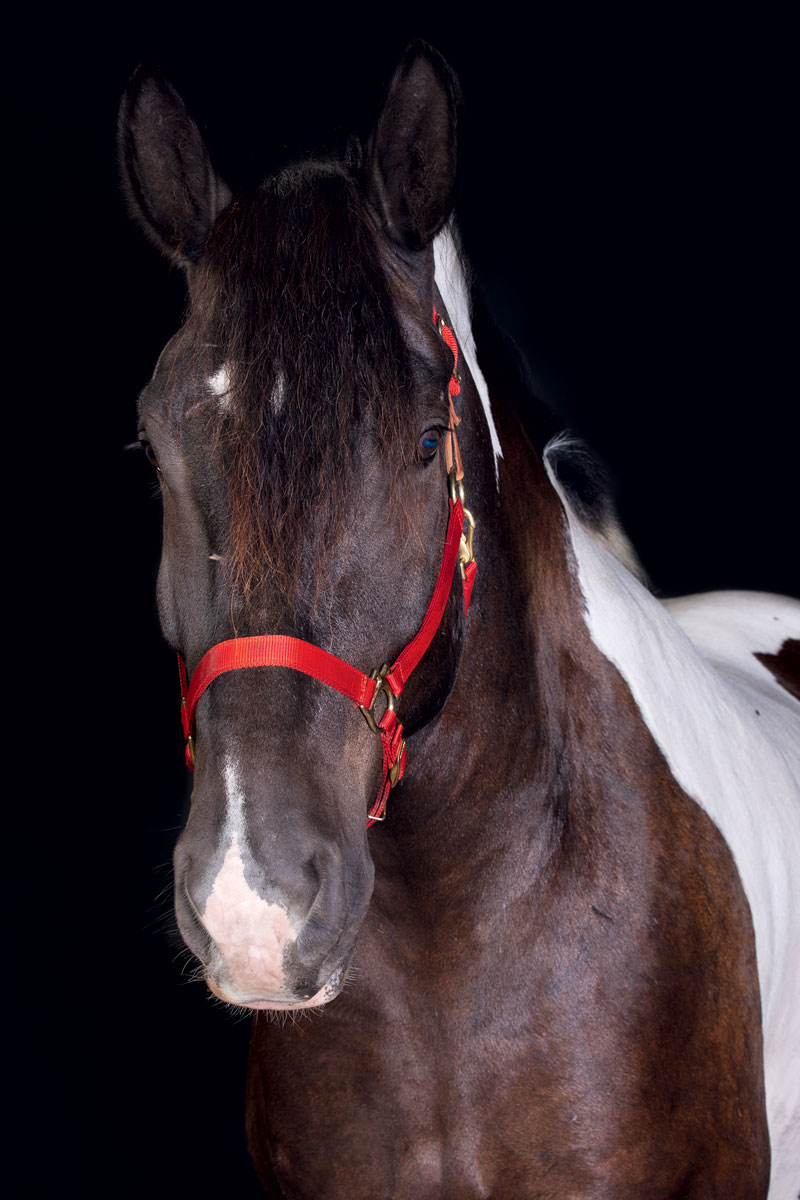 A cross between traditional draft horses and Wild West pintos, this relatively new breed dates to the 1990s. 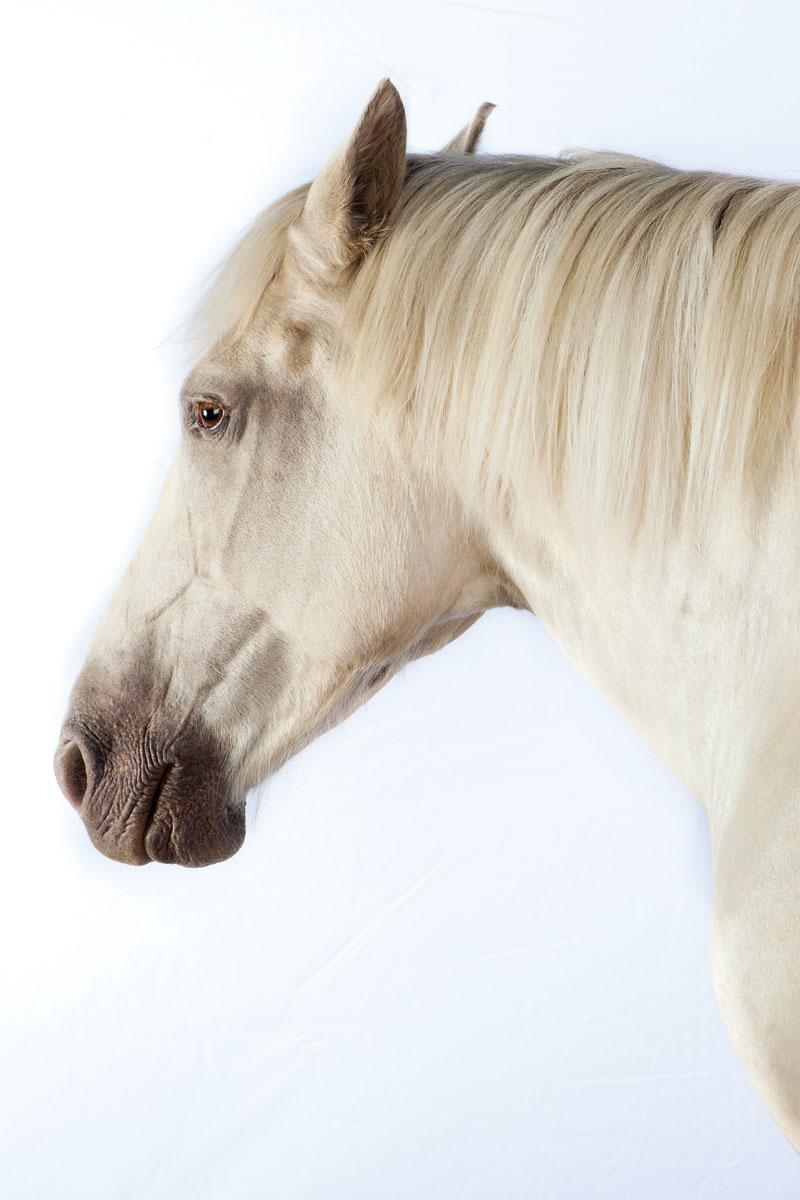 There are only a few hundred examples of this extremely rare, circa-1905 Iowa invention in the U.S. today.

Looks interesting. Am using horses for field and woodlot.