Want to Master Draft-Horse Farming? Sterling College’ll Teach You How 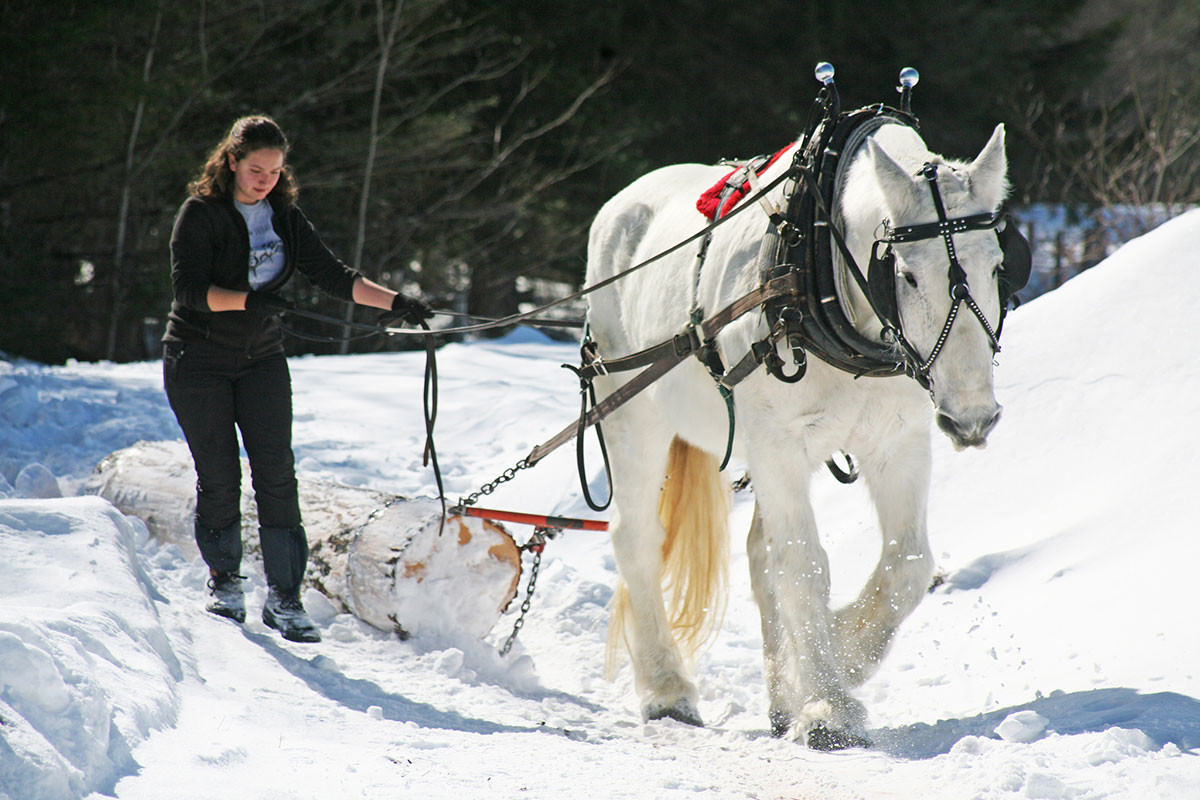 Thomas grew up in an Oklahoman dirt farming family, but after years removed from the land, he didn’t know his life’s work would go back to it. Seventeen years ago, Sterling College was in the process of transitioning from a two-year to a four-year school with major tracks like Sustainable Food Systems and Ecology, and he was hired to find a use for the two draft horses sitting idly on campus.

“The draft horse program started in the ’80s, but its presence on campus had dropped quite a bit by the time I arrived,” Thomas says, explaining why the horses had essentially been left without work. “My focus became resurrecting the program, but more importantly integrating it into the whole farm system. The horse program shouldn’t be viewed as separate from the ag program, but instead imbedded deeply within it.” 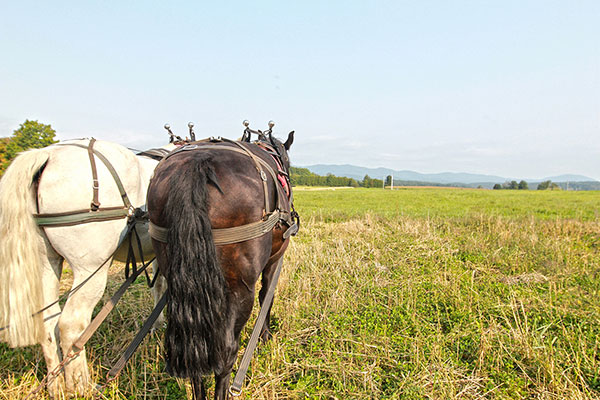 In the years since his 1998 arrival, the draft-horse curriculum evolved from one broad overview course into a 15-credit Draft Horse Management minor. Students first focus on the mechanics involved in working with one horse, covering care, control, harnessing, and driving principles. Then, they learn to put the horses to work – or rather, as sustainable agriculture major GÁ¶ran Johanson says, “to work with the horses to do the work, rather than using the horses to do the work.”

Students like Johanson work with the four horses – Rex, Babe, Daisy, and Belle; three Percherons and one Belgian – to plow the college’s organic farm, to extract timber from the Forestry program’s woodlot, and to haul syrup during maple season. About 10 percent of Sterling’s 125-person student body are working toward a a Draft Horse Management minor, and 32 percent are required to take the program’s introductory course as part of the Sustainable Agriculture curriculum. Not just a teaching tool, the horses are an integral part of campus life that most everyone interacts with in some way, whether or not they’re working toward the minor themselves.

“Everything we need to do to manage our land, we look for ways for the horses to be part of it,” says Thomas.

Compared to conventional tractor farming, working with draft horses has its drawbacks. Though Thomas says horses are cheaper to maintain than large tractors, the amount of land tractors can cover and the amount of income they bring in are often far greater than what an animal can do. Draft horses present limitations tractor farmers needn’t even consider. “If my horses can’t pull through heavy wet soil, then I probably can’t farm that piece of land,” he says. “With a tractor, you just give it a little more throttle and off you go. If I hit a stone while plowing, I have to stop, dig the stone out of my plow, and haul it over to the edge of my property. With a tractor, again, you turn up the throttle, blast the A/C and the radio, and go a little faster.”

For Thomas and his students, however, the perks far outweigh the drawbacks. Draft-horse farming is about cultivating a symbiotic relationship with the land. “It allows me to have a very intimate relationship with every inch of my land: I see it, I know it. If I’m using a tractor, I’m driving over my land rather than working with it,” says Thomas.

And unlike tractors, horses aren’t powered by diesel fuel. They’re powered by grass. 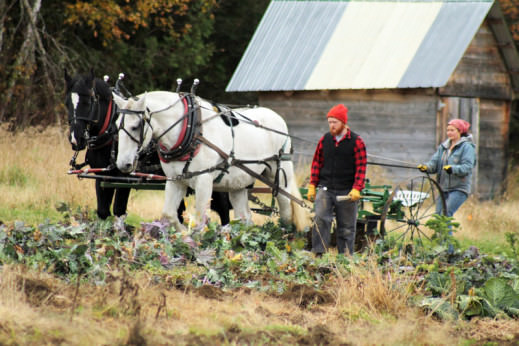 “Our horses eat only hay, and all of the haying is done with their help. We’re able to produce the feed that’ll sustain them all year using them as the power source,” says Johanson. “And when they’re done, we’re able to utilize what comes out of their rear end as the nutrients for the crops. It’s a closed loop system. Ecologically, that’s awesome.”

This responsibility is reflected in programs throughout Sterling, attracting students who wish to embrace a sustainable future through farming. “We do one thing here, and that’s educate stewards of the environment,” says Christian Feuerstein, Sterling’s communications director. “Everything we do, from our food systems classes to the draft horse program, deals with how we interact with the environment.”

At the end of the day, Thomas says, he sleeps better knowing that he has a sound relationship with his land and his animals. And his students, like Johanson, are happy to be learning from him: “He’s as patient with his students as he is with his horses, and that creates a learning atmosphere for all of us – the students, and the horses.”

For more on the Sterling College, their Draft Horse Management minor, and other tracks of study, visit www.sterlingcollege.edu.