The USDA Needs The Help Of Farmers To Save The Noble Monarch Butterfly - Modern Farmer
Animals, Environment 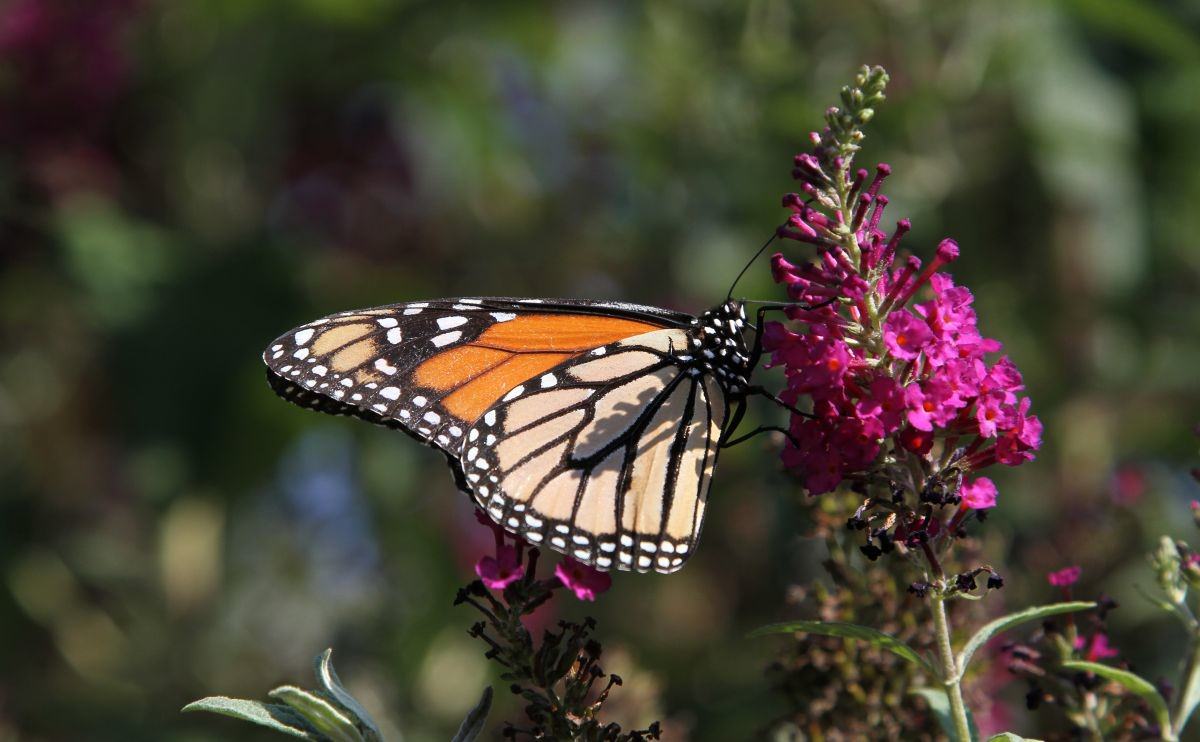 The numbers are clear, and damning: Monarch populations have dropped disastrously in the past few decades. There are a couple of reasons why monarchs are important to the ecosystems of North America as a whole. For one thing, they’re very pretty. For another, they’re an important food source for mid-level aerial predators, especially birds and bats, some species of which rely on the annual migration of the monarchs to get enough calories to survive the winter. And they also serve as a sort of bellwether, indicating to scientists when an ecosystem is in trouble.

The number of monarchs, which is usually measured in terms of the size of the area in which the butterflies spend the winter in Mexico, has dropped since the mid-1990s, from a high of 20.79 hectares in the 1996-1997 winter to 0.67 hectares last winter. That’s expected to rise this year, though still many, many times lower than what it was in the 1990s.

Up here, the USDA’s Natural Resources Conservation Service has a new plan to help secure the butterfly populations. The struggles facing the butterflies are different in Mexico, where the insect winters, and in the US and Canada, where it spends summers. Logging is the main problem in Mexico, but in the US and Canada, it’s simply a lack of food: The monarchs rely on a sort of gross weedy plant called milkweed, which has been decimated by, probably, overuse of pesticides. So the USDA announced last week a huge targeted effort to increase the amount of milkweed (and, in turn, hospitable habitats for butterflies) on private lands – farms and ranches – across 10 states, mostly in the Midwest. From the USDA:

We’re focusing efforts in the southern Great Plains and Midwest ”“ two regions at the heart of the monarch’s migration. In the southern Great Plains, our work will focus on rangelands and ways to improve the health of pastures so they provide good forage for livestock and food for monarchs. In the Midwest we’re focusing on integrating plantings into croplands and making improvements to wetland areas.

A total of $4 million will be used on the project, in the form of funding to send experts to diagnose and improve wetland conditions and to offer incentives to farmers to allow better habitats for monarchs in their fields. Much of the effort will go to replanting milkweed – or in their words, “partnering with farmers and ranchers to voluntarily establish habitat for the monarch on working lands while ensuring America’s farms and ranches stay productive.” Milkweed, which the USDA notes is not just food for butterflies; it’s also a key source of food for important pollinators like honeybees, which are essential for healthy farms.

If you’re a farmer – especially in Illinois, Indiana, Iowa, Kansas, Minnesota, Missouri, Ohio, Oklahoma, Texas, or Wisconsin – and you’d like to learn more about the incentives available for adjusting your land to support butterflies, head on over here to look for a USDA service center, which will tell you everything you need to know.