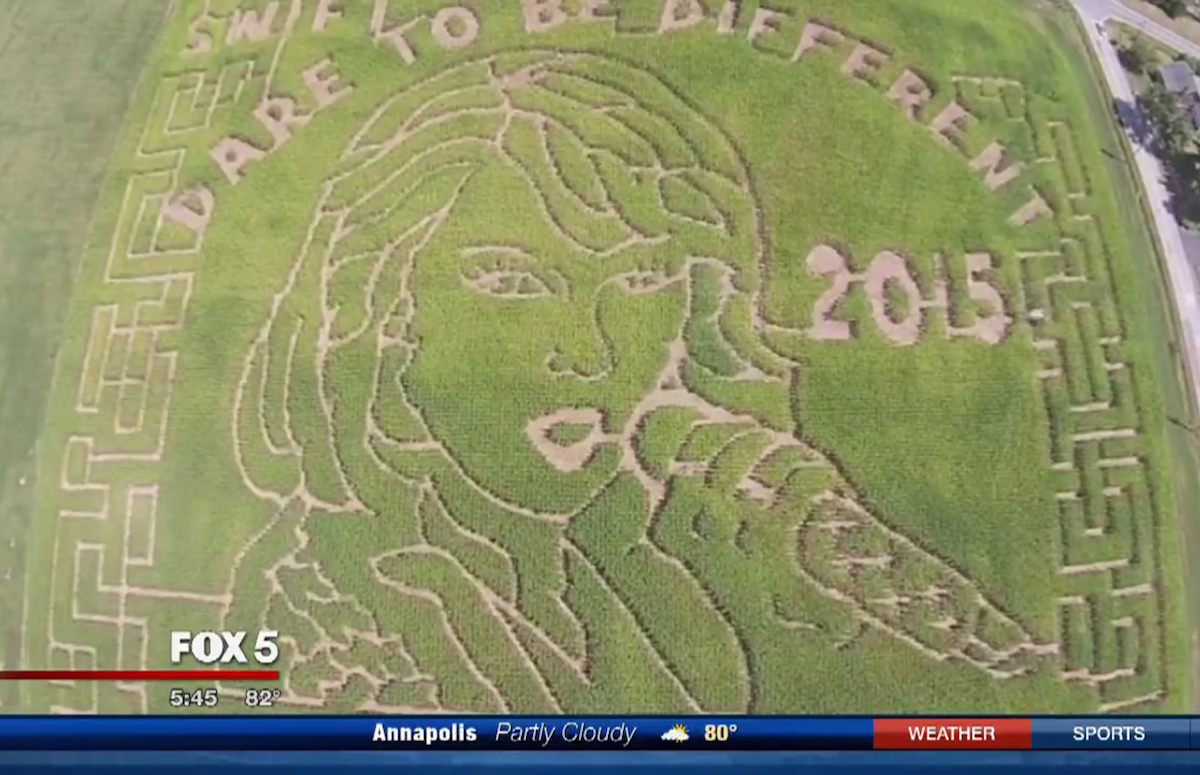 Summers Farm, in Frederick County, Maryland, has a history of ambitious designs in its annual 12-acre corn maze – no small feat given the rising competition within the world of corn maze designers. Past years have found designs inspired by the Baltimore Ravens and Washington Redskins, by the 2012 presidential election (not picking sides; it featured both Barack Obama and Mitt Romney), and by generalized patriotism (screaming eagles, Lady Liberty, that kind of thing). This year is a little bit different: The farmers spent two weeks planning a design featuring the face of famous pop singer and friend of many other famous people, Taylor Swift.

Featuring around 300,000 individual stalks of corn, the maze features the words “Dare to Be Different” carved above the image of Swift singing into a microphone, with the name of the farm and the year 2015 nearby. “We chose Taylor Swift because we feel she represents great people. She’s a good, honest person. She treats people amazingly and that’s what we are all about,” farm owner Jeff Greenwood told CBS Baltimore.

The maze also features hints posted on placards at key forks within. The hints take the form of Taylor Swift trivia. Answer right, and you’re given the correct path to take – but answer wrong, and you could find yourself at a dead end.

The maze will be open to the public, at a cost of $8 on weekdays and $12 on weekends, from September 26 through November 1. You can find out more about the farm on their website.