How Caterpillar Poop Might Become The Next Great Pesticide - Modern Farmer
Animals, Plants

How Caterpillar Poop Might Become The Next Great Pesticide 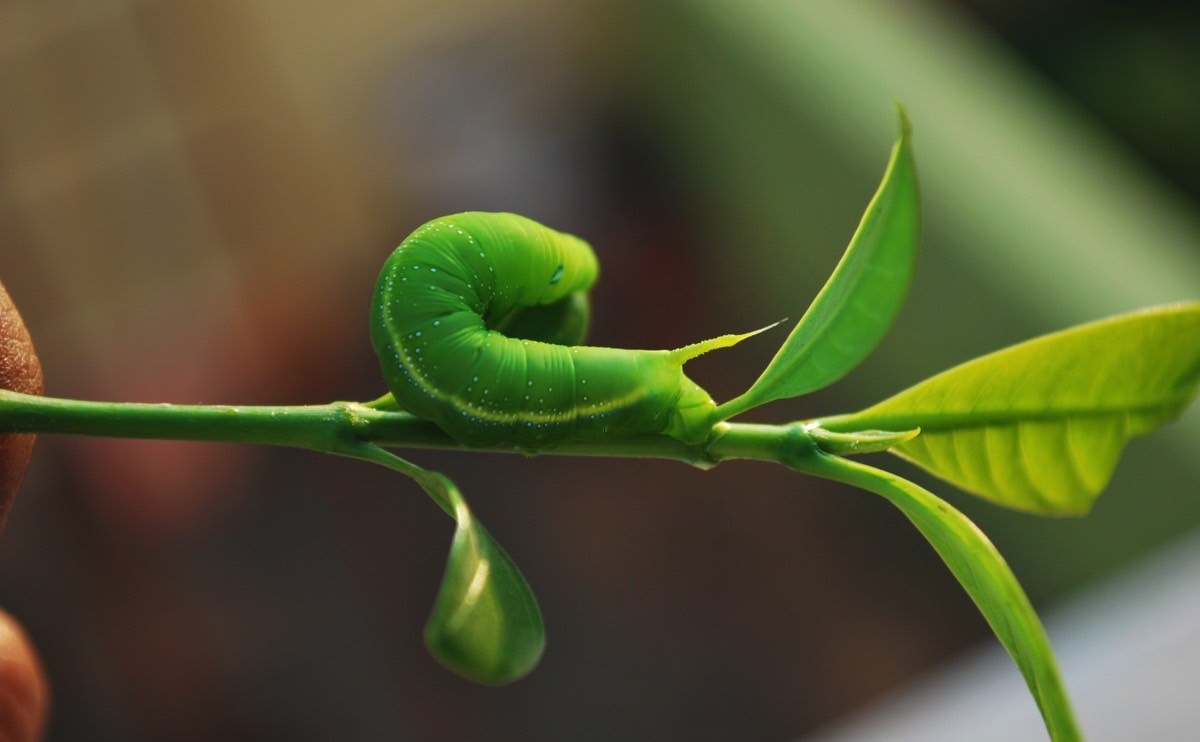 Plants aren’t mere passive growers, waiting to be picked or eaten; they have complex arrays of sensors that can identify when the plant is in trouble and send out various defenses in response. Understanding exactly how plants react can lead us to some pretty amazing pesticides; after all, what could be better than simply helping a plant’s natural defenses for our own purposes? It’s like using a wrestler’s momentum against him.

The newest discovery comes in a paper published by researchers from Penn State’s College of Agricultural Sciences. The research examines the strange relationship between the corn plant and the fall armyworm larvae – the caterpillar stage of a creature that will become the fall armyworm moth – common in North America. The caterpillar feeds on corn leaves, which can have a pretty nasty effect on the plant’s ability to survive and produce usable corn for farmers. Corn has natural defenses against caterpillars like the armyworm; plant defenses usually include the ability to send out foul-tasting enzymes to discourage pests from eating it, but somehow those defenses don’t work against the armyworm caterpillar. Why?

Turns out that the caterpillar takes advantage of a weakness in the corn: Corn has two lines of defense, one against fungal infections and one against insect pests, but it can only use one defense at a time. So the caterpillar’s poops, which are called “frass,” end up dropped down in the corn plant near the stem, and actually trigger the plant to send out its fungal defenses. That leaves the caterpillar free to chomp down on leaves.

What makes this of interest to farmers is that Penn State researchers working to isolate exactly which compounds in the poops trigger those fungal defenses. If they can be isolated and extracted, we’ll end up with a protection against fungal infections that comes straight from nature, one that’s unlikely to have any unwanted environmental impacts because it merely triggers the plant to do what it’s evolved to do anyway. Pretty cool! And all thanks to caterpillar poops.

Popular
Mentally Disabled Slaves Mine Fancy Salt For South KoreansDan Nosowitz
7 Smokable Plants You Can Grow That Aren’t MarijuanaBrian Barth
Could New York Become the Mushroom State?Sara Foss
Record-Breaking Egg Profits Prompt Accusation of Price GougingClaire Carlson, The Daily Yonder
The Fertilizer Shortage Will Persist in 2023Shea Swenson
Explore Modern Farmer
Related
Features, Food Security, Labor
The Rise of Virtual Farmers MarketsLeah Borts-Kuperman
Environment, Labor, Water
California Farms and Farmworkers Attempt to Recover From Record FloodsNaoki Nitta
MTMF, Plants
This Modern Farmer Wants You to Grow a New Potato StrainBevin Cohen
Food Security, Labor, news
A New Egg Co-operative Has Hatched in the Western U.S.Lindsay Campbell
wpDiscuz
We use cookies on our website to give you the most relevant experience by remembering your preferences and repeat visits. By clicking “Accept”, you consent to the use of ALL the cookies.
Cookie settings ACCEPT
Privacy & Cookies Policy