The Mystery Of Kauai’s Thousands Of Feral Chickens

Kauai has thousands of feral chickens. But how did they get there and why are they so well-adapted? 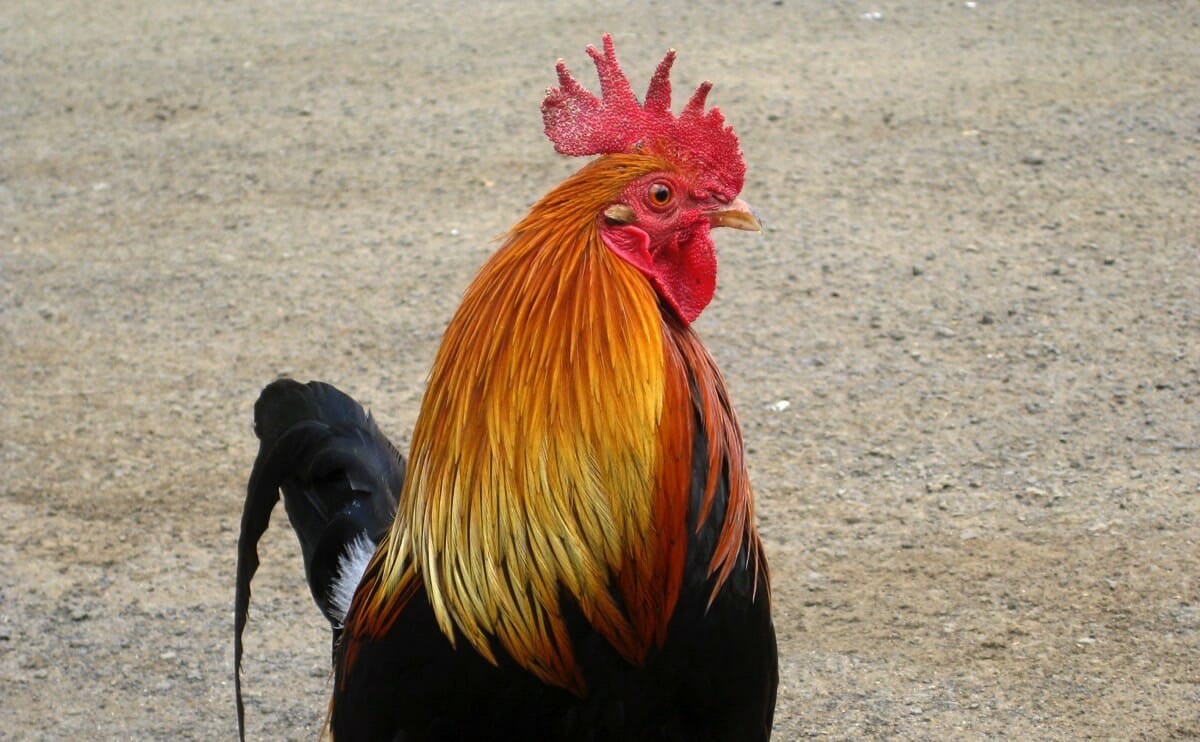 The Hawaiian islands, incredibly remote from any continent, were largely absent of large animals prior to Polynesian settlement in (this is disputed) somewhere between 300 and 800 AD. There were no mammals, besides some bats, and the largest animals were some mid-sized birds. Most everything in Hawaii, geologically speaking, is new, which is why imported animals can wreak so much havoc. A prime example would be the wild cattle of the Big Island, but on Kauai, a different kind of livestock has taken hold: the chicken.

Kauai is home to thousands of wild chickens, a particular variety that’s vibrant in plumage but of mixed value to the ecosystem of the island. They eat the venomous centipedes native to Kauai, a trait that people seem to like, but they have no natural predators besides pet cats and dogs, and the population is growing at an alarming rate. Some have even moved to other islands in the archipelago, like Oahu, where they’re not so welcome. But a team of researchers from Michigan State University is interested in the birds for an unexpected reason. Is it possible that the Hawaiian chicken could lead to hardier varieties of birds?

The study attempts to figure out the complicated history of these birds, with an eye to possibly using their hardiness to create hardier breeds of domestic chickens. It also confirmed that the Hawaiian chickens really only came into their own as the pigeon of Hawaii in the past few decades, after Hurricane Iniki destroyed chicken enclosures in 1992, releasing many of the island’s captive chickens into the jungle. You can read more from the study, published in the current issue of Molecular Biology, here.

Related
Animals, Health
Bird Flu Is Back in the USDan Nosowitz
Plants
Florida Forecasted to Have Smallest Orange Crop Since 1945Dan Nosowitz
Environment, Plants
Science Says You Can Swap Your Fertilizer For Black-Eyed PeasLindsay Campbell
Environment, Lifestyle
Building a Better BarnAnne N. Connor
wpDiscuz
We use cookies on our website to give you the most relevant experience by remembering your preferences and repeat visits. By clicking “Accept”, you consent to the use of ALL the cookies.
Cookie settings ACCEPT
Privacy & Cookies Policy