See this? Get a good look. Because soon it'll be different. Or similar, but with different chemicals. I don't know. 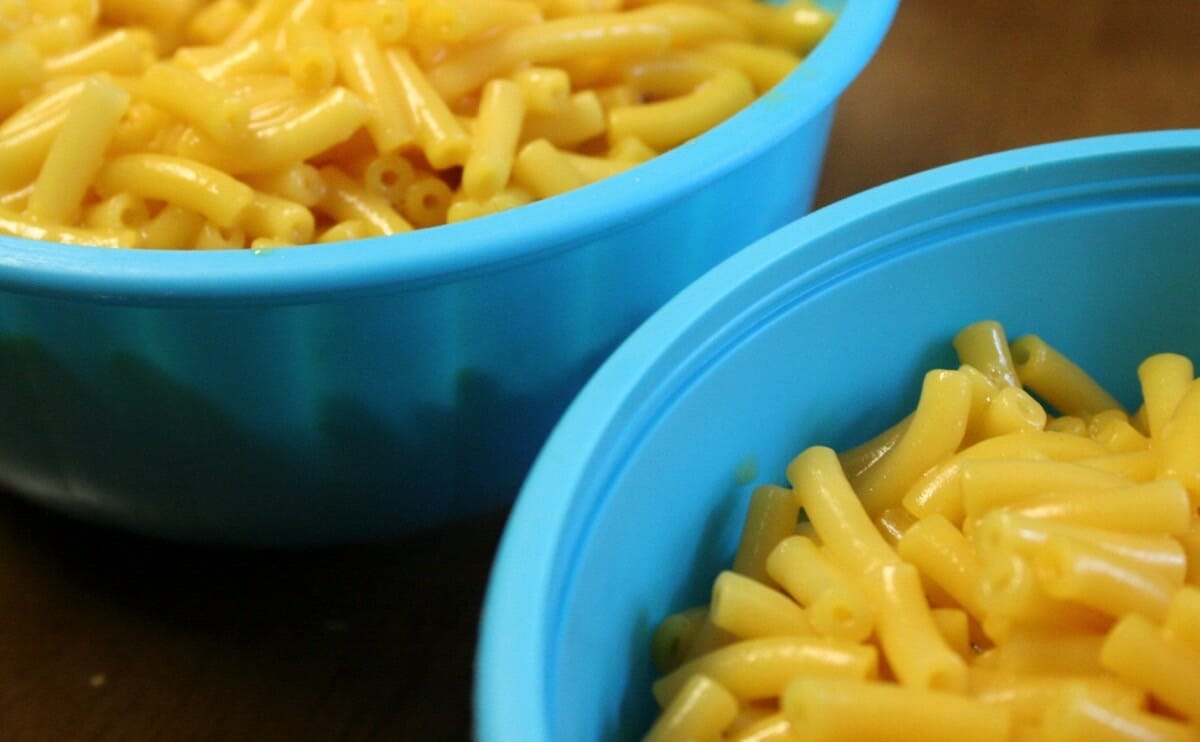 Kraft’s blue-boxed Mac & Cheese is a beautiful distillation of the past century of American cuisine, a classic, arguably home-grown dish beloved by none other than Thomas Jefferson that mutated into a strange, soupy, neon-orange, shelf-stable packaged good. (It is also eaten in Canada, where it’s known as Kraft Dinner, or KD). But it’s about to undergo a substantial change, which may or may not be noticed by anyone at all: the artificial preservatives and synthetic colors are being removed.

“We know parents want to feel good about the foods they eat and serve their families,” Kraft spokesperson Lynn Galia told the Globe and Mail. After many years of experimenting with new ways to color and preserve the par-cooked pasta and bright orange cheese powder, Kraft thinks it has finally come up with a new method that still tastes just like the original we all love after we’ve been drinking or are feeling homesick.

Vani Hari, who runs a blog-based empire known as The Food Babe, has long had a vendetta against the artificial ingredients in Kraft Mac & Cheese, especially the dyes Yellow #5 and #6. A Change.org petition contains a multitude of complaints about the harm caused by these dyes, connecting the dyes to cancer, asthma, ADHD, migraines and more. Kraft does not specifically cite Hari’s petition, saying this change has been in the works for years. It’s worth noting that Hari has no background in nutrition, food science, or any related field and is often scorned by those who do. Regardless, she’s treating this as a personal victory.

Kraft says the dyes will be replaced with naturally-occurring dyes, like paprika, annatto, and turmeric, which have been used for centuries, but also typically impart some flavor. The changes will be in effect by January 2016, according to Kraft, so we’ll be able to try it for ourselves then.