Just How Much Dye Is in Your Food? - Modern Farmer
Food & Drink

Just How Much Dye Is in Your Food?

A new study shows just how much artificial dye we are eating everyday. 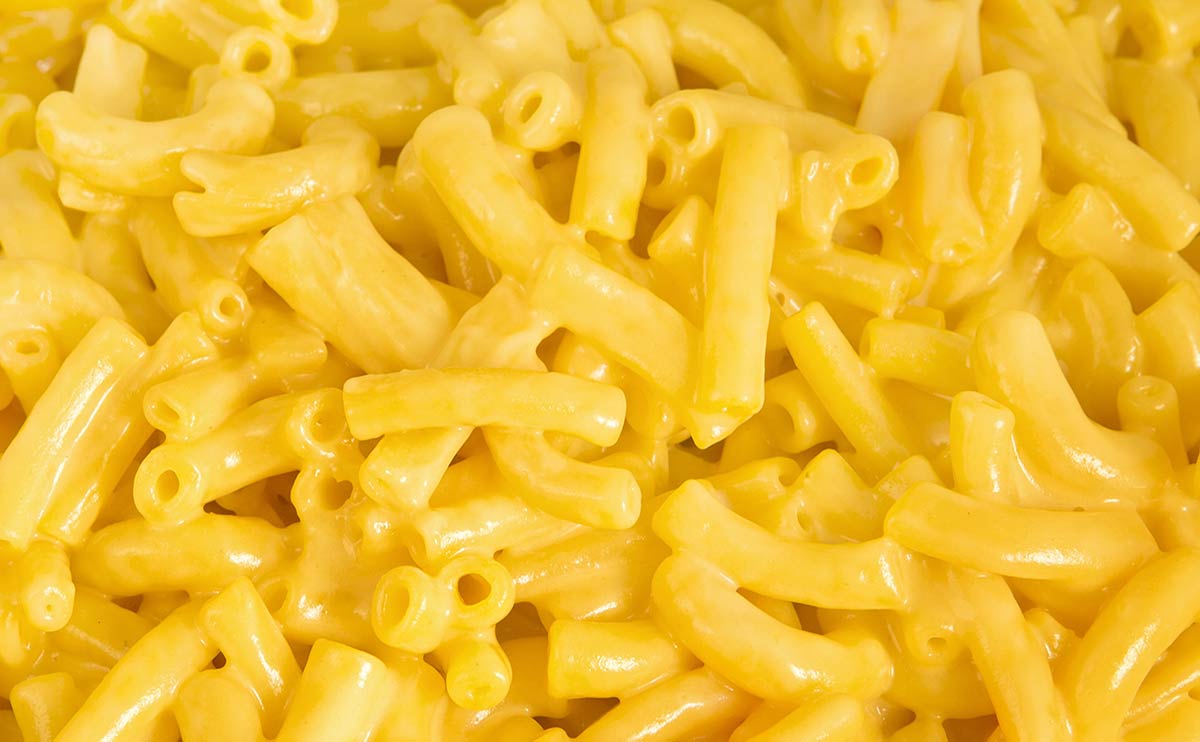 A dorm-room delicacy, and the unofficial national dish of Canada (where it’s better known as Kraft Dinner), this cheesy meal-in-a-box is infamous for its unnaturally orange appearance.

Like many of the foods and candies found in supermarkets across North America, Kraft Mac & Cheese is loaded with artificial food dye in quantities that, until recently, have been unknown to the general public.

Many foods found in supermarkets across North America are loaded with artificial food dye in quantities that, until now, have been unknown to the general public.

Researchers at Purdue University’s Nutrition Science department in Lafayette, Indiana took a rainbow of common foods and put them under the microscope to determine just how much dye manufacturers put in some of their most popular products. Their findings were published in the Medical Journal Clinical Pediatrics last month.

Laura Stevens, lead researcher of the study, says that as expected many bright red and orange foods contain high amounts of dye, however there were a few items that surprised her.

“Finding red dye in cherry pie filling was pretty odd, you’d would think the cherries would make it red enough.”

She also found that some brands of pickles have blue and yellow dyes and that even white icing contains artificial color.

Tests have been conducted in the past looking for links between consumption of food dye and behavioral issues in children. Stevens says the tests, conducted in the ’70s and ’80s, used a baseline of 27 milligrams of mixed dyes ”“ around half the amount of dye found in an 8 oz. serving of Burst Cherry Kool-Aid.

Stevens says tests were also done to observe the effects of children on higher doses of dye — around 50 to 100 milligrams. “They found conclusive links between consuming these high levels and behavioral problems. However at the time they didn’t think children would ever be able to consume that much dye,” says Stevens.

In today’s world of orange sodas, green cupcakes and technicolored candies Stevens says a child can easily consume a 100 milligrams of dye in a single meal.

That was then. In today’s world of orange sodas, green cupcakes and technicolored candies Stevens says a child can easily consume a 100 milligrams of dye in a single meal.

Recently some manufacturers have taken proactive steps toward addressing the issue. Whether as a marketing ploy, or out of general concern, more and more foods are being marketed with claims like “contains 100% natural dyes” and other similar slogans.

Pepperidge Farms, makers of the immensely popular snack, Goldfish, made the switch to natural dyes for the popular kid’s snack a few years ago. Last November Kraft announced they were reducing the amount of red and orange dyes in their cheese powders, dimming the hue from Day-Glo to merely neon.

Stevens hopes the new research will help future studies into the effects food dyes have on the body. Until then it looks like we’re stuck with artificially green pickles and unnaturally red cherry pie.

Even cough medicine contains several dyes. I mean, I just want to not cough… I don’t care what color achieves that for me. Stop adding dyes to anything and everything!