The smell of wood smoke spiraling from the beneath the syrup vat is the quintessential scent of early spring along the back roads of these picturesque, well-tended forests. But recently, some maple syrup producers have found there may be an even more lucrative market for the tree sap – maple water. A new wave of […] 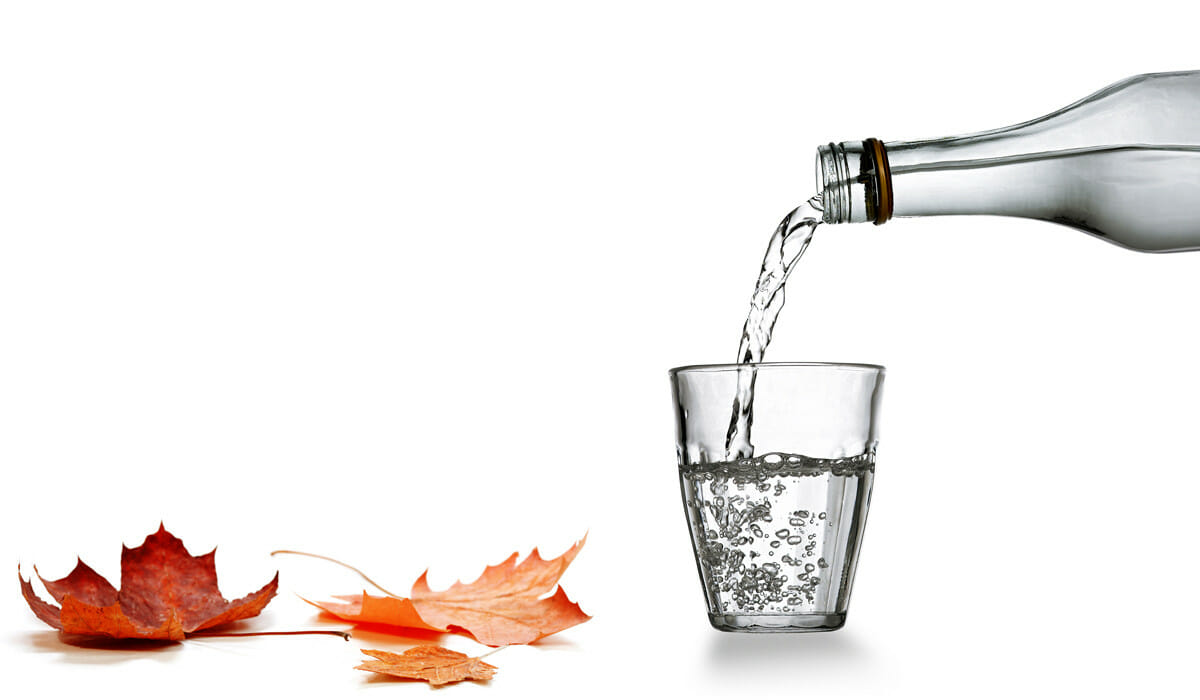 The smell of wood smoke spiraling from the beneath the syrup vat is the quintessential scent of early spring along the back roads of these picturesque, well-tended forests. But recently, some maple syrup producers have found there may be an even more lucrative market for the tree sap – maple water.

A new wave of maple entrepreneurs are skipping the laborious syrup boiling process – where sap is reduced to 1/40th of its original volume to create the beloved pancake dressing – and marketing the pure watery sap as a health drink instead. The first maple water companies emerged over the last few years in Canada, but the idea has now infiltrated the American market. The drink is primarily found in health food stores in New England, but distribution is ramping up and this year’s maple water harvest should hit stores across the country in the coming months.

Sugar maples pump out the good stuff during the late winter thaw each year. As the trees’ metabolism awakens, carbohydrates stored in the roots begin to rise through the trunk as a sugary sap, which humans have cleverly learned to intercept. Maple sap is essentially groundwater that has passed through a tree’s circulatory system, becoming enriched with a medley of vitamins and minerals (46, to be exact) in the process.

It’s always been common knowledge among maple syrup producers that taking a sip of sap was a good way to quench their thirst while working in the sugarbush, but apparently the notion that it could be a marketable substance is a new one. The first impression after downing a glass of maple water is that it tastes like water, but with a slightly sweet aftertaste and a tiny hint of earthy, maple syrup-like flavor.

With coco water (and other flavored waters) selling for $4 a pop, it’s a wonder that no one thought of bottling maple water sooner. It’s all-natural, sustainably-produced, vegan, gluten-free, non-GMO, paleo and local (it’s especially local if you live in a maple syrup-producing region, but it’s more local than coco water no matter where you are in the U.S.).

Maple water is almost inherently organic – there is little reason to spray maple forests with pesticides or herbicides – though so far, just a few of the companies hawking maple water have actually gone through the process of having their product certified organic. Yet all of these companies emphasize the sustainability factor of their product. As most maple sap is gathered from existing forests, there is certainly merit to the sustainability claim – carbon sequestration, soil enhancement, clean water, wildlife habitat, beauty, etc. Plus, with more forests becoming economically viable enterprises, it’s less likely that they will be bulldozed to build housing developments.

Between the U.S. and Canada, at least 11 different companies are marketing the drink so far. All of them are recent startups, sporting catchy names like Vertical Water, Wahta, Happy Tree and Sap on Tap. Even the Amish are getting into the business. One company claims that 8 ounces of their maple water has more manganese than a cup of fresh kale. Another flashy maple water website says “it tastes a heck of a lot better than coconut water.”

Self-congratulatory taste tests aside, whether maple water will have the market swagger of coco water remains to be seen. Even if it doesn’t begin popping up next to Red Bull in gas station drink coolers anytime soon, it is soothing just to know that nature produces such ambrosial treats for humans to enjoy.

What are the 46 vitamins and minerals in the big leaf maple specifically?

Popular
Alaskan Salmon Face a Stream of New MinesBecki Robins
7 Smokable Plants You Can Grow That Aren’t MarijuanaBrian Barth
Why Don’t We Eat Turkey Eggs?Dan Nosowitz
Goat Sex: Everything You Wanted to Know But Were Afraid to AskAndrew Amelinckx
How to (Actually) Get Rid of Fruit FliesEmily Baron Cadloff
Explore Modern Farmer
Related
Environment, Food & Drink
Where Has All the Mustard Gone?Chloe Faure
Animals, Environment, Health
To Stop New Viruses Infecting Humans, We Must Protect Bat HabitatAlison Peel, Peggy Eby, Raina Plowright
Animals, Food & Drink, Lifestyle
The Great (Sticker Shock) ThanksgivingLindsay Campbell
Environment, Food & Drink, Water
Egg Whites Could be the Key to Cleaning Our OceansShea Swenson
wpDiscuz
We use cookies on our website to give you the most relevant experience by remembering your preferences and repeat visits. By clicking “Accept”, you consent to the use of ALL the cookies.
Cookie settings ACCEPT
Privacy & Cookies Policy