"A donkey can make you feel better about the world. Just sit out there with your donkey, with your arm over its shoulder, and things don't look so bad." 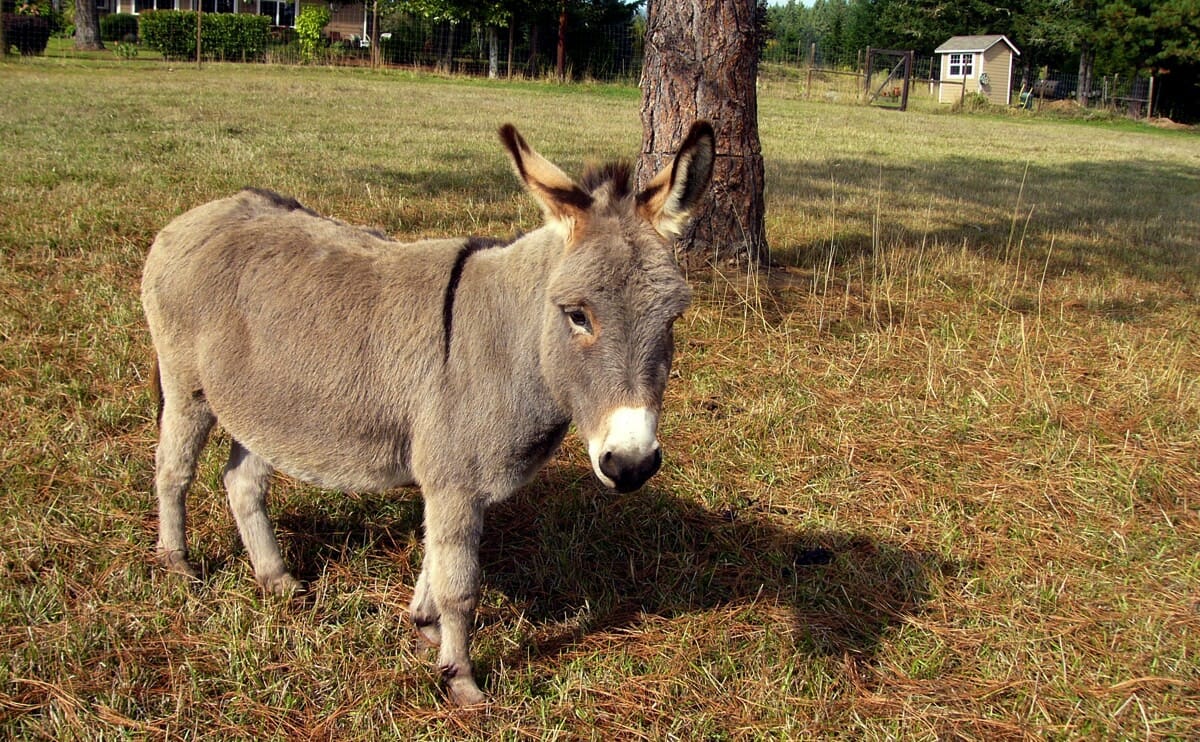 Our Donkey Week fiesta boasts a webcam of a miniature donkey named Waffle, a sweet and fluffy creature who lives on a ranch in southern California. But what’s the story with miniature donkeys? Why do they even exist? Who owns them? To find out, we called up Steve Ripley, who runs RafterNR Farm in Chemung, New York, up near Binghamton. Ripley has a small farm, mostly for sheep, but through sheer chance he’s found himself with over a dozen miniature donkeys. And he’s very glad things worked out that way.

Running a farm or ranch in upstate New York near Lake Ontario is tough. The winters are brutal — this year’s early winter, which has already claimed several lives, is an extreme but not an unheard-of example — and the continual eastward migration of coyotes has made raising herd animals very difficult. Ripley has only a small flock of sheep, which means that any deaths from coyotes hit him much harder than they’d hit a larger farmer. Fences don’t really work on coyotes; they’re smart, adept problem-solves. A guard dog works, but Ripley didn’t want a ferocious canine at home: his wife, a chiropractor, often brings patients unaccustomed to farm life over to see the animals. First he tried standard donkeys, which worked well, but were expensive to maintain. With only two standard donkeys, he lost seven sheep to coyotes in one night. 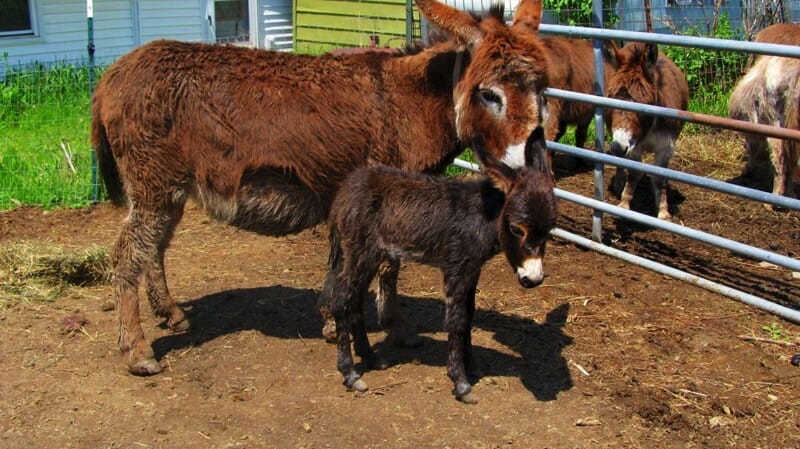 While out on a contracting job soon after, he watched a miniature horse and a miniature donkey play-fighting. Horses tend to lash out with their back feet, “but this miniature donkey, he was using his front feet, his hind feet, his head, you know, he was whipping the snot out of that miniature horse,” says Ripley. His wife was just as taken with the miniature donkey, and soon he had a small fleet. Today, he has four jacks (males), 10 jennies (females), and eight foals (babies), though some of those foals have been sold already. He says they’re ideal guard animals: “They’re tough, they know how to fight, they eat less than a big animal.”

Miniature donkeys aren’t like miniature horses, which have been selectively bred over time to be small. Instead, they’re simply a small breed of donkey, mostly from the island of Sardinia. And they may make great guard animals, but after talking to Ripley for awhile, it seems like farmers who have them keep them around mostly because they’re delightful, weird creatures. In Ripley’s experience, the miniature donkeys are kind, wise souls, more cautious and observant than his horses, but just as warm and friendly after they get to know a person. He talked a little about how they behave; they are pack animals, like dogs and horses, and so have a pecking order in which certain alpha donkeys get first crack at food, and things like that. They don’t scare as easily as horses do, and are harder to train. Ripley confirms their legendary stubbornness: “If the donkey doesn’t want to move, it’ll die before it moves,” he says. “You can’t just tap a donkey on the ass with a quirt and expect it to move.” 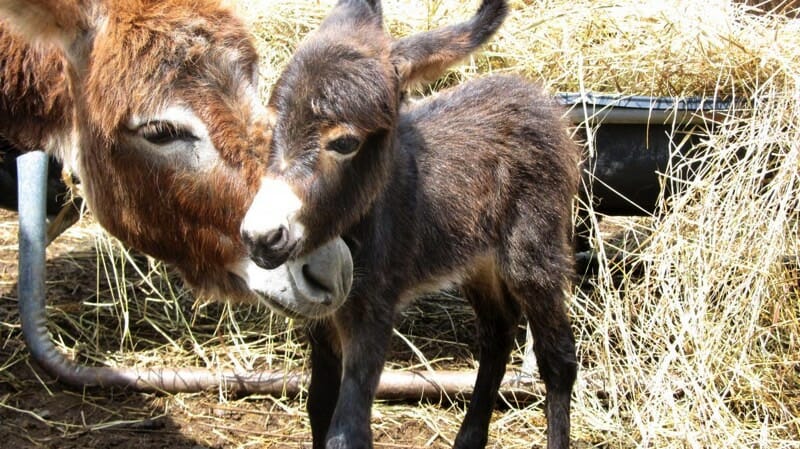 But he kept dancing around something a little more mysterious about the inner lives of the donkey. “They’ve got almost…I hate using the word, but it’s almost like a zen thing, you know?” he says. “They’re kind of a wise animal, I think.” The donkeys that he sells often become guard animals, the way he originally used them, and are sometimes used to eat a pasture’s weeds, but just as often they’re companions. He says he often sells miniature donkeys to people who have an older favorite horse that maybe can’t do its job so well anymore, but also to people who simply want a goofy little equine around. “They’re gentle with people, friendly with people, and loyal,” he says. “Once they decide you’re their friend, trust me, you’re their friend.”

I have 1/2 acre of privacy fenced in yard. How much grazing room do they need? Is it acceptable to have only one? How do they interact with dogs? I have a small (very small…9.5lbs, full of life, sweet & social) and from what I have researched about the miniature donkeys, I think that they would get along great!!! She is not a barker or nipper.
Your thoughts please.
I have been in love with donkeys and wanted one my whole entire life. I’m not young. This seems like the perfect fit for us.

Popular
How to (Actually) Get Rid of Fruit FliesEmily Baron Cadloff
7 Smokable Plants You Can Grow That Aren’t MarijuanaBrian Barth
What to Do With an Abundance of PeppersShelby Vittek
Goat Sex: Everything You Wanted to Know But Were Afraid to AskAndrew Amelinckx
6 Differences Between Llamas and AlpacasAndrew Amelinckx
Explore Modern Farmer
Related
Food & Drink, Plants
In Awe of the PawpawDanny Childs
Animals, MTMF
Paddleboarding Goats Make a Splash on Prince Edward IslandNoah Lederman
Animals, Environment
Ugandan Farmers Embrace Maggots as Solution to Fertilizer ShortageShea Swenson
Plants
Rice Growers Continue to Battle Weedy EnemyLindsay Campbell
wpDiscuz
We use cookies on our website to give you the most relevant experience by remembering your preferences and repeat visits. By clicking “Accept”, you consent to the use of ALL the cookies.
Cookie settings ACCEPT
Privacy & Cookies Policy