Donkeys Just Want to Have Fun

Donkey activities that your donkeys (and you) might enjoy in free time. 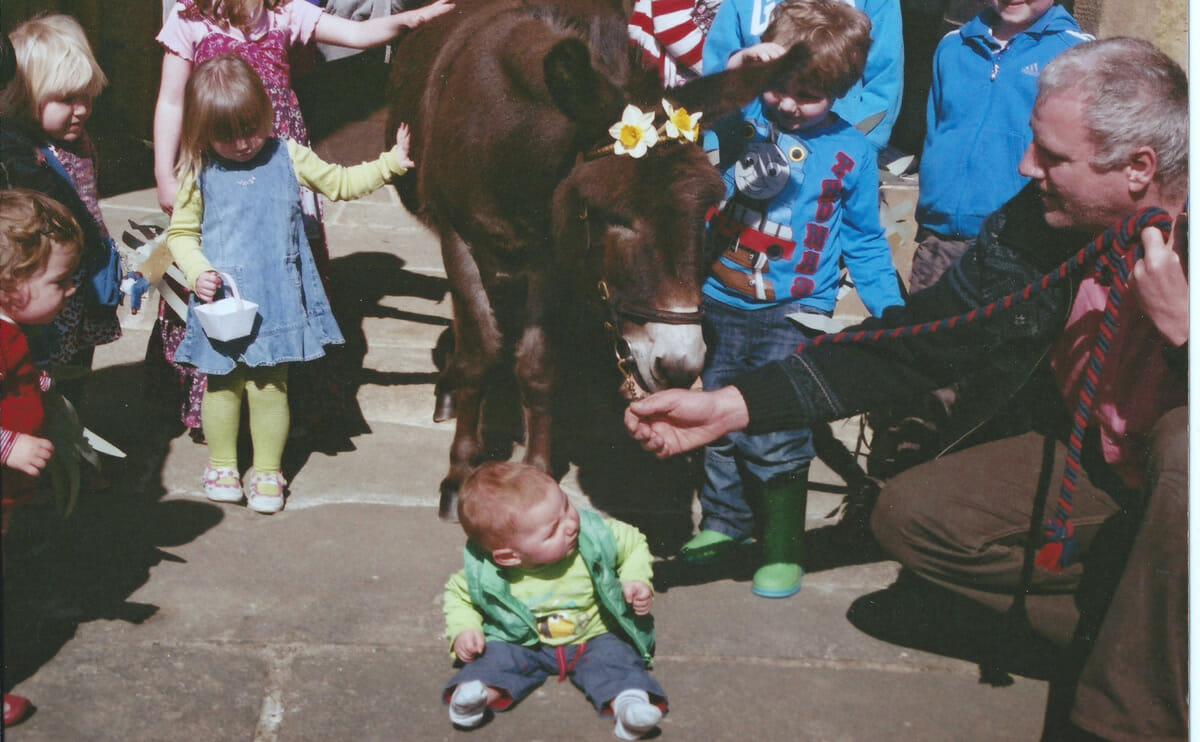 Turns out that if donkeys want something to do on their off-duty days, they have a bunch of options. For example, in Cyprus, where the first local donkey festival took place in late October this year.

Members of the Donkey Breed Society in Kent, U.K. support the idea of taking donkeys out and about. That’s why they have Active Donkey Awards to motivate donkey owners. Now in its 15th year, the society honors donkeys who take part in at least eight physical activities in a year.

Joining parades … check. Starring in stage productions … check. Hanging out with patients at hospitals and kids at schools … check. These are just some of the activities that donkeys could do for their shot at the award.

Donkey All Breeds Society of Australia has the same idea on this. They believe the public should be more aware of how useful and valuable donkeys are — naturally they deserve their own Versatility Hall of Fame. Mules and hinnies should be happy because they qualify for this award as well.

Perceived as a slow, stubborn creature, donkeys are actually fast if they want to.

Competing in a donkey race is one of many ways to score points for these awards. Perceived as a slow, stubborn creature, donkeys are actually fast if they want to be. For the record, the Onager, or Asiatic wild ass, could do a 43-mph gallop, pretty much the same speed as horses.

Pack Burro Racing in Colorado is considered a summer heritage sport and this year the event celebrated its 64th anniversary. It consists of five races in five towns, running from late May until September. The history behind this Rocky Mountain sport could be traced back to the mid-19th century, in the days when miners loaded mining tools and supplies on donkeys’ backs. Instead of riding them, they had to walk and use a rope to lead the animal.

There’re a few different stories of how the race got started. One of them is that two miners found gold at the same location and they raced to get back to town to claim their stake in the discovery. Since their donkeys were too loaded down to be ridden, it created the no-riding rule for Pack Burro Racing. Other rules are no needles, no electric prods, no narcotics, no clubs, no whips, no distance shortening and no separation of runners and their donkeys. (A less romantic origin story is that a drunkard started the race to make money.)

In Alba, northwest of Italy, an attempt to beat a rival was also a starting point for a donkey race. It was the tale of two towns: Alba and Asti.

Even though it started off mimicking the horse race, don’t expect the same pacing. The Wall Street Journal reports that at the event this year “… a few donkeys run, and some trot. But most meander, and all stop now and then, much to exasperation of jockeys who try everything from hugging, tugging and cajoling the animals to put on some speed.”

Among eight donkeys competing this year, one of them showed no intention to cross the starting line even after someone started pushing him. He turned away and walked in the opposite direction. In the end, the jockey had to get off and find other ways to gently convince his donkey; any form of violence is strictly prohibited.

In Pakistan, the annual traditional Karachi Races, or Pakistan’s Donkey Derby, takes place as part of the Sindh Festival. Fifty donkeys carrying their riders in small carts are divided into 10 groups in the first round. The winner of each set is qualified for the next round and it continues like this until the final.

Welcome to the town of Otumba, where donkeys are kings and queens for a day at Donkey Festival on May Day.

Aside from prize money, winning the race usually brings pride and respect to owners, which might explain why many put so much effort and money into taking care of their animals. Some owners reportedly shell out for almonds and pistachios for the donkeys, an expensive luxury for their asses.

If your donkeys think racing is too strenuous to be fun — and they’re fond of dressing up once in a while — Mexico might be their vacation destination. Welcome to the town of Otumba, where donkeys are kings and queens for a day at the Donkey Festival on May Day.

At this festival, it’s usual to see donkeys in unusual costumes, dressed as peacocks, dairy farmers, Pokemon, presidential candidates or national soccer players, they parade the streets. There’s also donkey polo and a donkey-calling contest. And here comes the highlight of this celebration: the town’s very own beauty contest, where a Miss Burro is crowned.