Every Donkey Has His Day. In One Mexican Town, At Least.

It's the burro's time to shine. 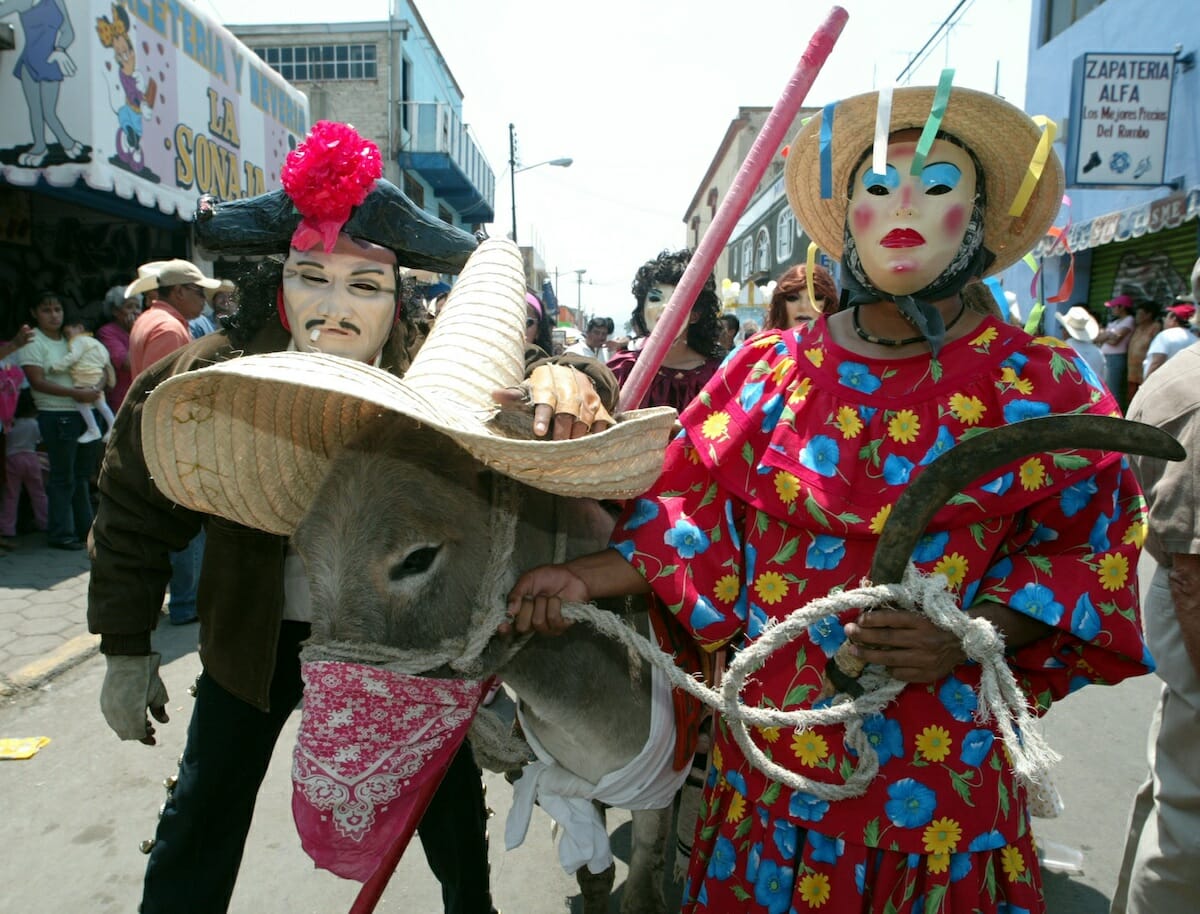 In Otumba, a municipality located northeast of Mexico City, the annual Burro Fair takes place in conjunction with May Day and serves to recognize the region’s industrious and little-complaining beasts of burden.

How did this mammalian merrymaking come about? Pin the tale on Lonia Lota, a resident who first conceived of the fair in 1965 as a way to attract tourists. In the almost 50 years since, the annual jollification has grown to include firecely competitive donkey races, a donkey costume contest (the Mexican president del momento is usually represented), and even a game of burro polo.

“They always use the burro here to carry things, so we gave them a party,” organizer Aura Uleta Salsaletis told NPR.

“I don’t know why they say they’re dumb. These are very smart animals who really contribute.”

It is fitting that Otumba honors its long-eared brethren in this manner. During the country’s colonial era under Spanish rule, the town sat at a crossroads for numerous routes heading in and out of the capital city and thus played host to many a donkey exchange. Nor is the Burro Fair the only way that Otumba pays homage to its pack animals. Burrolandia is the town’s unexpected donkey sanctuary, a place where forsaken burros can take shelter from career-ending injuries as well as their own falling popularity. The Mexican donkey’s monetary and social worth has been plummeting for decades, owing to the rise of mechanized equipment and transport as well as growing disregard for an animal associated with poverty and anachronous farming practices.

“People love them, but there’s not as much work for them anymore,” Luis Huerta, a sanctuary member, told the Arizona Republic. (Otumba veterinarians also provide free care to the town’s remaining workers and sends out a mobile clinic to other towns.)

The sanctuary’s Facebook page reveals more than a dozen donkeys grazing in an open lot dotted with rusted-out cars, taking in hugs, snacks, and selfies from visitors and volunteer staff. It is, rescuers say, a chance for the four-legged toilers to receive the rest and attention they so richly deserve.

“Here in Otumba we love and care for donkeys like no other part of the country or the world,” sanctuary worker German Sauze told Fusion. “Here it is a lesser crime to steal a Mercedes Benz than a donkey.”