Can synthetic milk be the next dairy product on shelf? 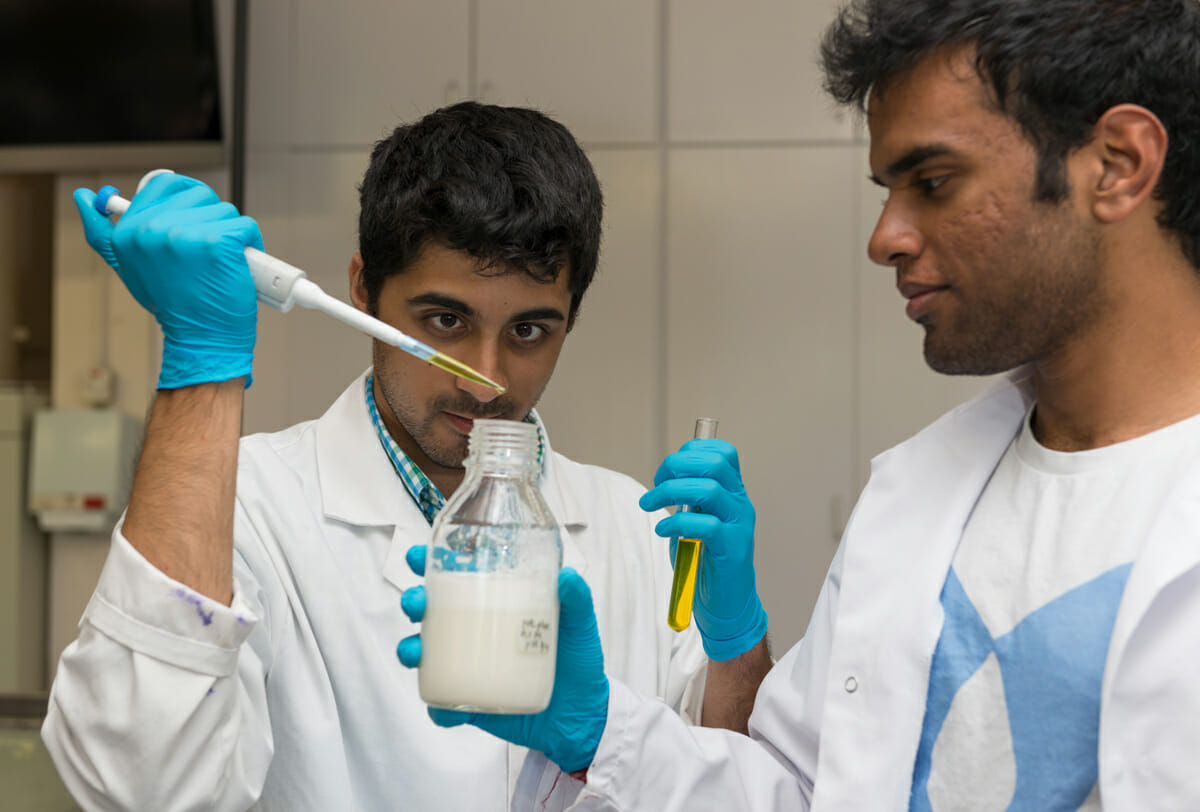 What can science do better than a cow? That’s the question a trio of vegan bioengineers are trying to answer with Muufri, synthetic milk made from yeast cultures and dreams.

They say that milk is actually a relatively simple chemical structure to fake. Muufri is a compound of six proteins and eight fatty acids. To make it, they add chemically synthesized cow DNA to yeast cells, then harvest the cultures the yeast grows. (It’s kind of like a sourdough starter.) From there, they added things like calcium and potassium and emulsify the mixture into milk. They tinkered with the ratios to create something that tastes and feels like cow’s milk, but left out lactose, using a different sugar instead to make it drinkable for the lactose intolerant. They liken it to making beer or penicillin.

They’re not the only ones trying to replicate meat and dairy from plant matter. Earlier this year, Impossible Foods introduced a plant-based burger that “bleeds,” and synthetic cheese and mayo are both in the works.

Bioengineered milk is particularly interesting because there’s already a large market for milk alternatives. Plenty of people, due to lactose intolerance or distaste for the dairy industry, use soy or almond-based substitutes. Muufri has received funding and support from technology incubators like SynBio Axlr8r and Horizon Ventures, the same people who initially backed Spotify.

As you might expect, dairy industry groups are defensive about the lab-grown milk. Federated Farmers of New Zealand chairman Andrew Hoggard says that it shouldn’t even be allowed to be called milk, and that, like champagne, milk should be proprietary and specific; in other words, we should save the M-word for the stuff that comes out of udders. (No word on what he thinks about coconut milk.)

Aside from the economic and genetic concerns the major question is, after all the biological tinkering, is it actually better?

Muufri also treads the tricky line of bioengineered foods and where they fall in the genetically modified food debates. The yeast is genetically engineered, but they don’t actually use the yeast as part of the final product. They harvest the culture it produces and kill the used yeast.

Aside from the economic and genetic concerns the major question is, after all the biological tinkering, is it actually better? And is that important if you’re just trying to cut back on cow farts? Gandhi has said that’s one of their major concerns. They know people won’t be likely to switch unless the alternative is just as good or better. Lab-grown food has to have an advantage over the thing it’s supplanting — taste and texture can be two immediate turnoffs regardless of nutritional equivalence or environmental superority.

That’s also why they’re slow to roll out their product. “The technology needs time to develop and we don’t want people to get too excited, or worse, upset, before there’s even anything to talk about.” says Pandya, Muufri’s CEO. He says they should have some news early next year.

Even when they have shelf-stable, cholesterol-free, petri-dish-grown milk that tastes as good as the real thing, Muufri’s founders say they’re not trying to undercut small farmers. They just want to provide an alternative to industrial dairy.

There will always be a market for local, organic milk, but depending on what your values are – or if you don’t have a small-scale dairy down the road – synthetic milk could find its way into your future.