Why Don’t We Eat Swans Anymore?

Swans have been a taboo food for hundreds of years, but they've recently become an invasive species. So why not start eating them again? 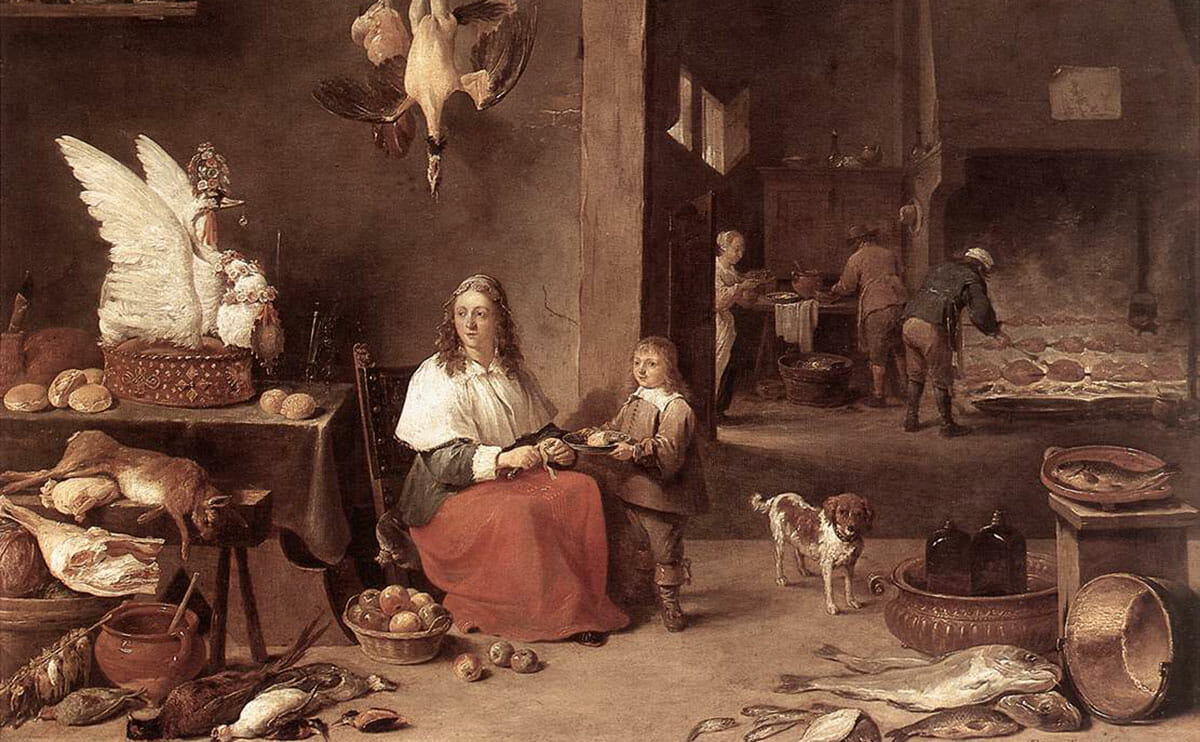 Once reserved for royalty – Tudor, not Targaryen – swans have been a taboo food for hundreds of years, thanks in large part to their perceived rarity and beauty. Over the past few decades, however, their numbers have swelled to the thousands in places like Michigan and New York, where the birds are called “destructive” and “invasive.”

Swans have been a taboo food for hundreds of years, thanks in large part to their perceived rarity and beauty. Over the past few decades, however, their numbers have swelled to the thousands in places like Michigan and New York, where the birds are called ‘destructive’ and ‘invasive.’

Various solutions have been proposed, but with one glaring exception: The legalized hunting and yes, eating, of swans. Swans are a bird, after all, no different than ducks and quite similar to a Christmas goose. We eat lambs with little cultural objection and with the “Game of Thrones” TV series stirring interests in medieval cookery, it is not impossible that adventurous eaters might like to give it a try.

Often served at feasts, roast swan was a favored dish in the courts of Henry VIII and Elizabeth I, particularly when skinned and redressed in its feathers and served with a yellow pepper sauce; others preferred to stuff the bird with a series of increasingly smaller birds, in the style of a turducken. Swans have been the property of the Crown since around the twelfth century, but Edward IV’s Act Concerning Swans in 1482 clearly defined that ownership. To this day, Queen Elizabeth II participates in the yearly Swan Upping, in which the royal Swan Master counts and marks swans on the Thames, and the kidnapping and eating of swans can be considered a treasonous crime. Great Britain’s royals are still allowed to eat swan, as are the fellows of St. John’s College of Cambridge, but to the best of our knowledge, they no longer do. Thanks to stories like Leda and the Swan and Lohengrin, the birds appear almost mythical; a restaurant on the Baltic island of Ruegen had swan on their menu for a short time, before protests began and it was swiftly removed.

In Michigan, however, which has the highest population of mute swans in North America, the creatures are considered pests. According to the Michigan Department of Natural Resources, the statewide breeding population increased from about 5,700 to more than 15,000 in just ten years. The birds attack people in the water and on shore, particularly children that wander too close to their nests.

In Michigan, mute swans threaten other native birds, such as common loons, black terns, and trumpeter swans, and are also destroying the wetlands where they live. The DNR has set a controversial plan to reduce the population to less than 2,000 by 2030 that involves issuing permits to remove mute swans and their nests from approved properties; a hunting season is not under consideration.

Regulated hunting, however, might gain approval from chefs like Mario Batali, whose friends in Michigan have hunted the birds before. “We once ate a swan at Christmas nine or ten years ago,” he told Esquire. “It was delicious – deep red, lean, lightly gamey, moist, and succulent… but I’ve never seen swan on a market list.”

Swan is not an animal that is hunted and besides it has the ‘cute’ factor going for it. I cannot imagine it on my menu.

“Nobody has ever requested swan,” says Mark Lahm, chef and owner of Henry’s End in Brooklyn. Lahm’s restaurant is one of the few in New York to focus on wild game and has claimed to serve every meat imaginable: bear, turtle, kangaroo – everything, except swan. “Swan is not an animal that is hunted and besides it has the ‘cute’ factor going for it,” Lahm says. “I cannot imagine it on my menu.”

The cultural reluctance to hunt swan (let alone eat it) is powerful, but the government’s desire to control overpopulation is equally strong. Michigan’s population reduction goals have even gained support from conservation groups like the National Audubon Society. Other states, like New York, may turn to more drastic measures. In January, the state’s Department of Environmental Conservation proposed to eliminate all of the 2,200 free-ranging mute swans by 2025. The plan was met, of course, with outrage, and the department agreed that it would consider nonlethal means to control the mute swan population.

Few protesters were able to suggest an effective, alternative solution, but when the choice is between the carnage of the mass murder of New York’s swans and regulated hunting, the Lannisters and their roast swan dinners start to sound almost reasonable.

It’s a bird!! It’s not magical, or mythical. We don’t have “royalty” over our heads. Hunt them and eat them!! I certainly would if allowed.

…ah ..what about the Canada Goose ? If we are talking about numerous edible nuisances …

Having shot ducks and geese for over 60 years, there’s nothing magical about swans! Shoot and eat them within the guidelines set by the various states. Some of our family’s best holiday meals were ducks and geese so why not a swan!

Why would NY want to eliminate all of its swans? What a stupid idea! Population control, ok. But, to wipe out the whole species in the state, when the world is facing mass extinction due to climate change seems very short-sighted and oblivious to every species’ role in an ecosystem.

Swans are not the problem in Michigan. It’s CANADA GEESE. They enjoy eating short cropped grass and have taken over many parks and golf courses. Their dropping are green and slimy. Their behavior aggressive.
My main question is are they wholesome to eat? Feeding in many old industrial sites and chemically treated lawns, they may full of lead and pesticides. If they test clean, I am ready to roast one for Christmas dinner. Once we get the geese under control, we start culling the deers that have eaten my sister’s roses bushes.

I would love to have a pair of swans at my home. I kept geese for years. Why not relocate them to properties that wish to have them. If you look in most poultry catalogues a pair of swans is very expensive.

What about the Earth being overpopulated by humans. Can we start eating them too?