A quirky New Zealand project called Counting Sheep is mapping out the intersection of agriculture and ethics, trying to figure out where people draw line when it comes to scientific advances (dog/sheep DNA hybrids anyone?) before the line actually gets crossed. 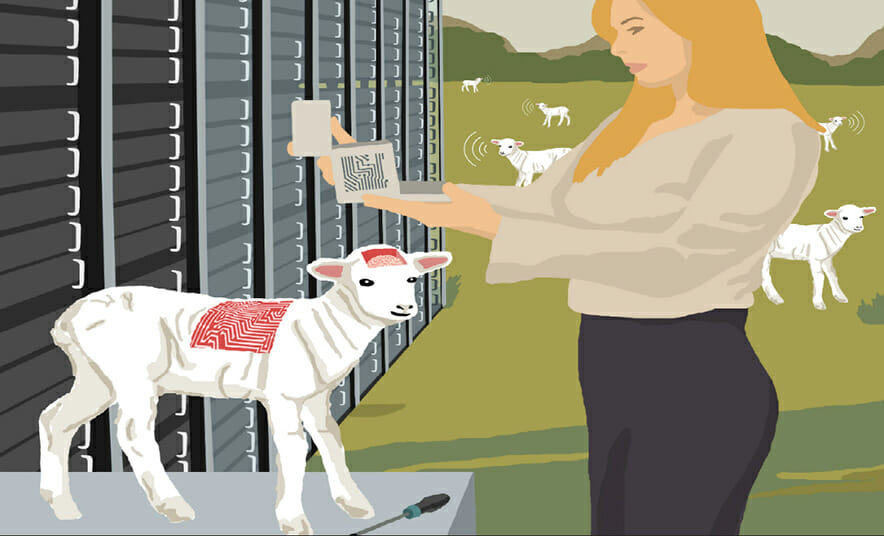 Down in New Zealand — a country with seven times more sheep than people* — there’s a team of researchers who are very, very interested in your responses. It’s part of a quirky project called Counting Sheep, mapping out the intersection of agriculture, ethics and the very nature of how people answer questions.

Counting Sheep is the brainchild of Canadian ex-pat, Dr. Anne Galloway, head of the Design Culture Lab at the Victoria University of Wellington. It was Galloway’s reaction to the unrelenting flood of new science and technology we process every day.

“By the time most of us hear about a scientific advance, it’s already happened,” Galloway says. “There’s never a chance to put the brakes on, to decide whether it’s something we wanted in the first place.”

They’ve heard everything from ‘This is total bullshit!’ to ‘This is the most brilliant thing I’ve ever seen!’

Consider Dolly, the world’s most famous sheep. She was cloned in total secrecy, after years of trial-and-error. By the time most people learned cloning was possible, the sheep was well out of the barn. Wouldn’t it have been nice to register our opinions before it happened?

Counting Sheep started in December with three fictional sheep scenarios. Each one combines an evocative design with a provocative storyline (see below). Anyone can participate in the study — just look over one of the faux-projects, then take a brief survey.

The goal is to provoke an instinctive response. Thus far they’ve heard everything from “This is total bullshit!” to “This is the most brilliant thing I’ve ever seen!”

Galloway and crew made each scenario up, but they aren’t so far-fetched. We just ate our first lab-grown burger, so couldn’t we someday order lamb chops grown to spec? There was a successful sheep-goat hybrid (meet Lisa the geep) so why not mash up a sheep and a dog?

And how will the results be used? Galloway thinks government and industry could want some insight into the popular psyche, before proceeding with new scientific advances (e.g., do people really want lab lamb?) More importantly, she believes this could upend the way social research is performed.

Take a look at the scenarios below, then weigh in here. Results will be tallied at the end of April. 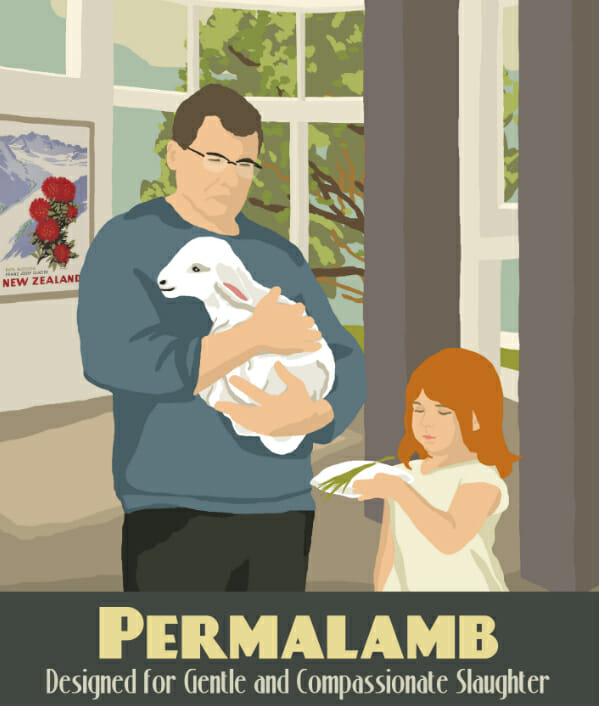 In this scenario, the DNA of a Merino sheep and a sheepdog are combined, creating a new, transgenic super-species. The new creature, dubbed PermaLamb, is designed to be both a pet and a food source — they come with a poison grass kit (!) for when you’re ready to toss li’l Permy on the grill. This storyline is elaborate; read the whole thing here. Image Credit Lauren Wickens.

Grow Your Own Lamb

There’s a couple of options in this scenario: either grow your lamb on the paddock (in vivo) or in a dish (in vitro). If you choose the latter, you can play soothing music to your meat and pre-spice it with sage and rosemary. Both options give the consumer total control over their meat from “birth” to harvest, using the GYoL smartphone app. Image Credit Matasila Freshwater. 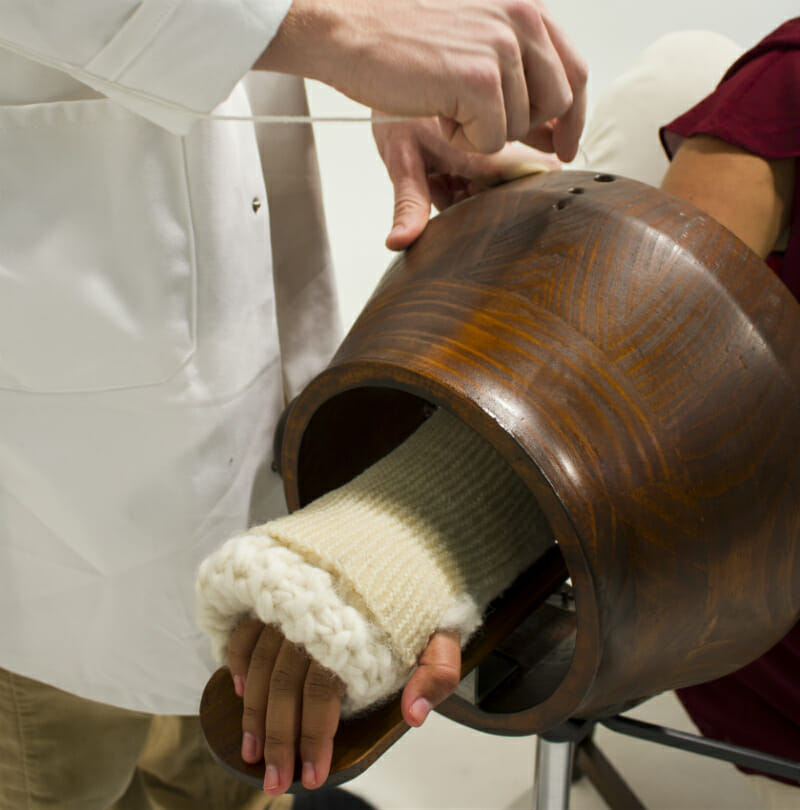 The Boneknitter is gentler than its horror movie name-esque would imply. When you break a bone, this wooden device is used to knit fiberglass-strength Merino wool around your limb. It heralds a complete shift in medical procedure, as your caregiver offers a “comfy chair and brings us a hot cuppa with some gingernut biscuits” before the bone gets knit. Read the whole soothing story here. Image credit Dani Clode.

Counting Sheep received almost $250,000 (U.S.) in grant funding; Galloway says they’re adding more scenarios because “they have more money to spend.” One is called Kotahitanga Farm, a concept for grazing sheep near an urban center. Yet to come: a scenario where new technology allows you to communicate with all the ticks, worms and other organisms living on and/or in a sheep’s body. Fun!

*Note: An earlier version of this story listed this ratio as 20 to 1.That is an outdated statistic.