Move Over, Mezcal. A Sustainable Tequila Alternative Is Taking Over.

For spirit producers, the desert spoon plant is providing a sustainable alternative to agave. 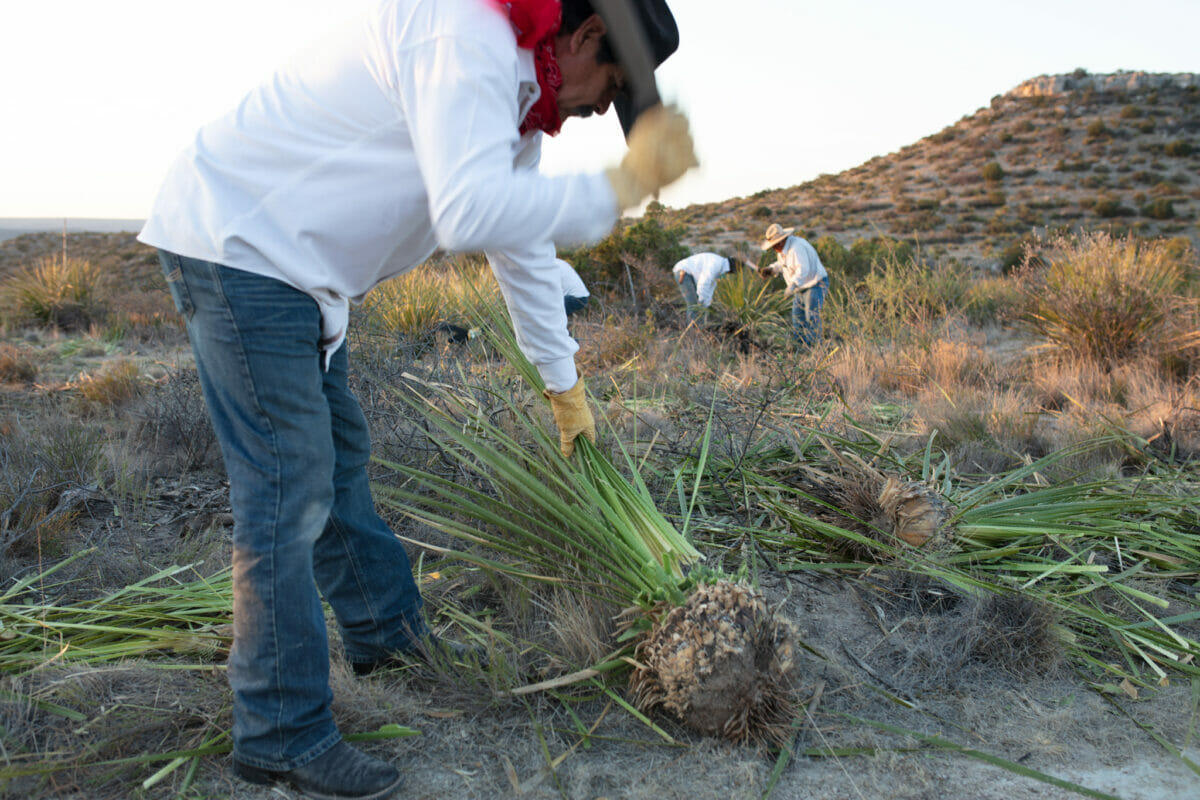 Desert spoon is harvested by hand, and the root system is left in place, allowing it to regrow.
Photography courtesy of Desert Door Distillery
Share
Tweet
Pin
Email

In the Chihuahuan desert, a plant that grows wild, without a drop of water, could change the spirits industry. Its leaves are long and spindly, growing in a circular pattern, and are sometimes used for weaving baskets and craft decorations by indigenous communities. It is the hardy, drought-tolerant Dasylirion wheeleri, or desert spoon. The plant springs up across the Chihuahuan desert, which covers parts of Mexico and stretches into the southwestern United States, dotting the landscape with spiky orbs of deep green and silvery blue. But it’s more than just foliage—the desert spoon plant also offers a great opportunity to bartenders the world over. When harvested, the plant produces a spirit that, at first sniff, could easily be mistaken for tequila, although there are earthy and vegetal aromas that set it apart. The spirit, sotol, often boasts a deep minerality and notes of caramel, mint and stone fruit on the palate. The finish is silky smooth, with hints of oak.

But the important differences between sotol and tequila happen long before a glass is poured. In the case of agave plants used to produce tequila or mezcal, after the piña (the heart of the agave plant) is harvested, a new agave must be planted. How long the new agave plants take to reach maturity can vary a lot depending on the species, but for some wild plants used in mezcal production, it can take up to 35 years. Conversely, when the desert spoon plant is carefully harvested, the root system of the plant is left intact, allowing the plant to regrow.

During Prohibition, sotol was often smuggled across the border from Mexico into the U.S. But more recently, amid the craft spirits movement, sotol could be set for a new heyday.

“Sotol utilizes little to no heavy machinery to create, due in part to the traditional hand-harvesting techniques,” says Ricardo Pico, global sotol educator at Casa Lumbre, which produces Nocheluna Sotol. He explains that the process for making the brand’s Nocheluna Sotol starts with a team of seasoned sotoleros selecting mature plants, sourcing from ranches that are environmentally supervised and managed by local authorities. Once harvested, the sotol hearts are cooked in underground ovens at an average temperature of 300 degrees Celsius (572 degrees Fahrenheit) for 72 to 96 hours, prior to a week-long fermentation process in open-air pine wood vats before the copper still distillation process.

Permits to wild harvest sotol are given by the federal government agency called SEMARNAT (Secretaria de Medio Ambiente y Recursos Naturales). “In order to get these permits, a landowner who wishes to extract a sotol plant from their own land must present a study made by a registered forestry engineer  (ingeniero forestal) that outlines the extraction plan for the five years the permit is given,” says Juan Pablo Carvajal, founder and chief production officer of Los Magos Sotol. Only 40 percent of the available mature plants may be harvested, and one piña will yield a single bottle. The plant’s leaves are left behind to nourish the ground. Along with complying with the regulation set by the federal government, the Los Magos team works on propagating the seed by cleaning it and spreading it on the harvested land. 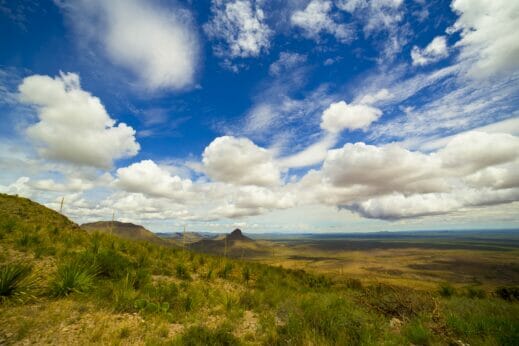 Across the border in Texas, the Dasylirion texanum plants—known as Texas sotol—grow wild and weed-like. “We have over 50,000 acres that we can harvest from, but we typically work from one side of a ranch to the other in 12-year cycles,” says Ryan Campbell, co-founder of Desert Door Distillery in Driftwood, TX. Once they identify a plant that is ready for harvest, they trim the leaves off and harvest the heart of the plant right above the root system, so that the plant can regenerate. Plus, they take care to harvest only 20 percent of the mature plants on any acre of land. It’s an approach that Campbell says allows for the biodiversity of the area to remain in natural balance. “We have seen greater health of the non-sotol plants in areas where we have harvested,” he says. “We attribute this to the churning of the ground and left-behind leaves adding life into the soil.”

Sotol could help meet consumer demands for tequila and mezcal. Interest in agave-based spirits has been escalating fast, and, according to the IWSR, this growth is set to continue: The category is expected to grow at 7% volume CAGR, 2021-2026. The plants can’t always keep up. In recent years, there have been shortages. Fewer agaves will ultimately mean higher prices. Plus, this scarcity has prompted some producers to harvest immature agaves, depriving bat populations of an important food source. The desert spoon plant could be part of the solution to these problems.

“To make sotol a sustainable industry, we need to become successful farmers to ensure the population continues with responsible cultivation practices,” says Pico. He points out that sotol plants require a smaller amount of water in cultivation fields compared with agave-based spirits and believes that sotol cultivation could be part of an exciting trend for desert farming. “The plant is relatively easy to germinate and reproduce, so we expect to build a sustainable sotol plant market in the near future, where local farmers can benefit from the growing demand,” he says. With careful harvesting and the expertise of dedicated sotoleros, this spirit could prove a sustainable choice for environmentally minded drinkers, even if tequila stocks have another dry spell.

Good to know, thanks for the article. I’ve had Sotol before and thought it was quite good, but I thought it was another agave derivative. It’s going on my regular shopping list now.

I like choices not alternatives. There’s room for everything. Except vodka. @#$& vodka (Kidding).

I have a very different opinion knowing that as a fact that Ricardo Pico & Casa Lumbre are being investigated for illegal extraction of Sotol in the state of Chihuahua. Also would like to know why the author doesn’t mention anything about Desert Door Sotol not respecting the DO of Sotol that belongs to Mexico.

Mezcal and socol both taste awful, nothing like fine tequila.

This must be a PR piece.