Why Scientists Want to Bring Farming to Swampy Peatlands 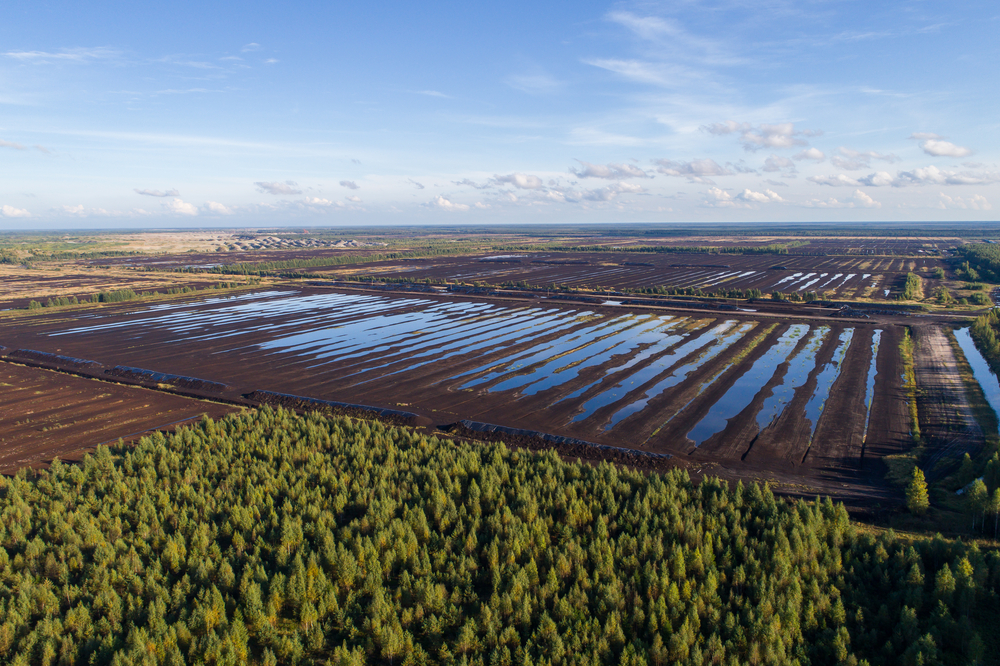 Modern agricultural practices—or, agriculture as we know it today—have always revolved around water. It’s making sure there is enough, but not too much or too little water; making sure to irrigate at just the right time; and dealing with floods and droughts and storms. Water is a key piece of the agricultural puzzle.

That’s partly because much of the agricultural practices utilized today have developed since the ancient Mesopotamian era, covering modern-day Iraq, Syria, Turkey and Iran, where relatively dry soils are common. “That’s where our cereals come from, our wheat, these plants that are fundamental to what we think of as agriculture,” says Rafael Ziegler, a professor in the department of management at HEC Montréal. That kind of agriculture requires dry soils, so in order to grow such grains in say, northern Germany, you need to drain away the native swamps and bogs.

But what if we didn’t? What if, instead, we started with the wet, swampy ground and just went from there? That thinking is the basis of wet agriculture, a field of study that’s still emerging. One of the foundational research papers only dates back to 2007, although further studies have since expanded on the research.

Otherwise known as paludiculture (from palus, the Latin word for swamp), wet agriculture is the use of peatlands for growing crops, while critically sustaining and preserving the peatlands at the same time. “It’s a bit of a paradigm shift, because you need a large [body of] knowledge. And the techniques that are used for dry soils won’t work for wet conditions,” says Ziegler, who, along with colleagues Magali Simard and Rahma Eldeeb, have highlighted how focusing on wet agriculture could be an essential part of hitting our climate goals.

The widespread implementation of wet agriculture has so far remained unexplored. Still, the potential is there.

RELATED: Are Floating Gardens a Sustainable Solution to Climate Change?

Natural peatlands occur around the world. What kinds of crops could work in naturally wet soils? What could we use them for? “It could be cattails and reeds that grow, and they might have very interesting properties for construction material or insulation or even as biomaterial,” says Ziegler. “In central Europe, you have the black alder, which is a tree that likes to grow in wet conditions. So, that’s timber, that can also be done. You have sphagnum, that’s a moss. That’s a very powerful growing medium for horticulture.”

Peatlands also serve wider environmental puposes. For one, they are great at retaining water. “With climate change, we have heavier rains and more droughts,” says Ziegler. Peatlands act like a sponge, essentially soaking up a lot of water and releasing it slowly. “It’s a bit like insurance. It will reduce flood pulses and help in times of drought.”

They are also terrific carbon sinks. Although peatlands cover only about three percent of the Earth’s surface, they hold a full third of the carbon in terrestrial ecosystems. Committing to sustaining peatlands—and even rewetting previously drained areas—could, therefore, be a big step toward meeting our carbon emissions goals.

They can even help contain forest fires. Ziegler points to the peatlands in Indonesia, where a desire for palm oil pushed producers to drain peatlands and make way for palm forests instead, which then became extremely susceptible to fire. Over the past five years, tens of thousands of square miles of jungles in the area have gone up in flames. “And these fires are extremely hard to extinguish, because these peats are underground,” he says. “So, you can have very long, protected fires that go for kilometers, and you don’t even know where they are going to stop.”

With our centuries-long focus on dry soils, Ziegler says a shift to wet agriculture will not happen overnight. It’s a long process, which could take decades to do, especially if growers focus on rewetting previously drained areas to bring them back to their original swampy selves. It takes time for that biomaterial to decay and break down, creating the right conditions for peatlands to flourish.

It would also require support from many avenues—farmers and growers but also technicians and mechanics and biologists, along with governments. “If you have wet soils, you need different types of tractors, right? Because they need to float,” Ziegler explains. These types of issues illustrate a larger puzzle that will take co-operation to solve together.

With his colleagues, Ziegler conducted an international survey looking at the future of paludiculture. They found that a majority of respondents were excited about paludiculture, and they expect the field to balloon in the next decade, but there are barriers in the way, such as a lack of economic help. But with growing interest in the practice, that could change. This means that a previously under-appreciated form of agriculture could finally get its turn in the spotlight.

Popular
7 Smokable Plants You Can Grow That Aren’t MarijuanaBrian Barth
Record-Breaking Egg Profits Prompt Accusation of Price GougingClaire Carlson, The Daily Yonder
Could New York Become the Mushroom State?Sara Foss
Hell in High Water: The Story of Devils Lake, North DakotaSharlene Breakey
6 Differences Between Llamas and AlpacasAndrew Amelinckx
Explore Modern Farmer
Related
Features, Food Security, Labor
The Rise of Virtual Farmers MarketsLeah Borts-Kuperman
Features, Personal Essay, Water
The Cold Swim HomeMarcie Callewaert
Environment, Labor, Water
California Farms and Farmworkers Attempt to Recover From Record FloodsNaoki Nitta
MTMF, Plants
This Modern Farmer Wants You to Grow a New Potato StrainBevin Cohen
wpDiscuz
We use cookies on our website to give you the most relevant experience by remembering your preferences and repeat visits. By clicking “Accept”, you consent to the use of ALL the cookies.
Cookie settings ACCEPT
Privacy & Cookies Policy