Are Floating Gardens a Sustainable Solution to Climate Change?

A new study considers the merits of a centuries-old cultivation method used in flood-prone areas of Bangladesh. 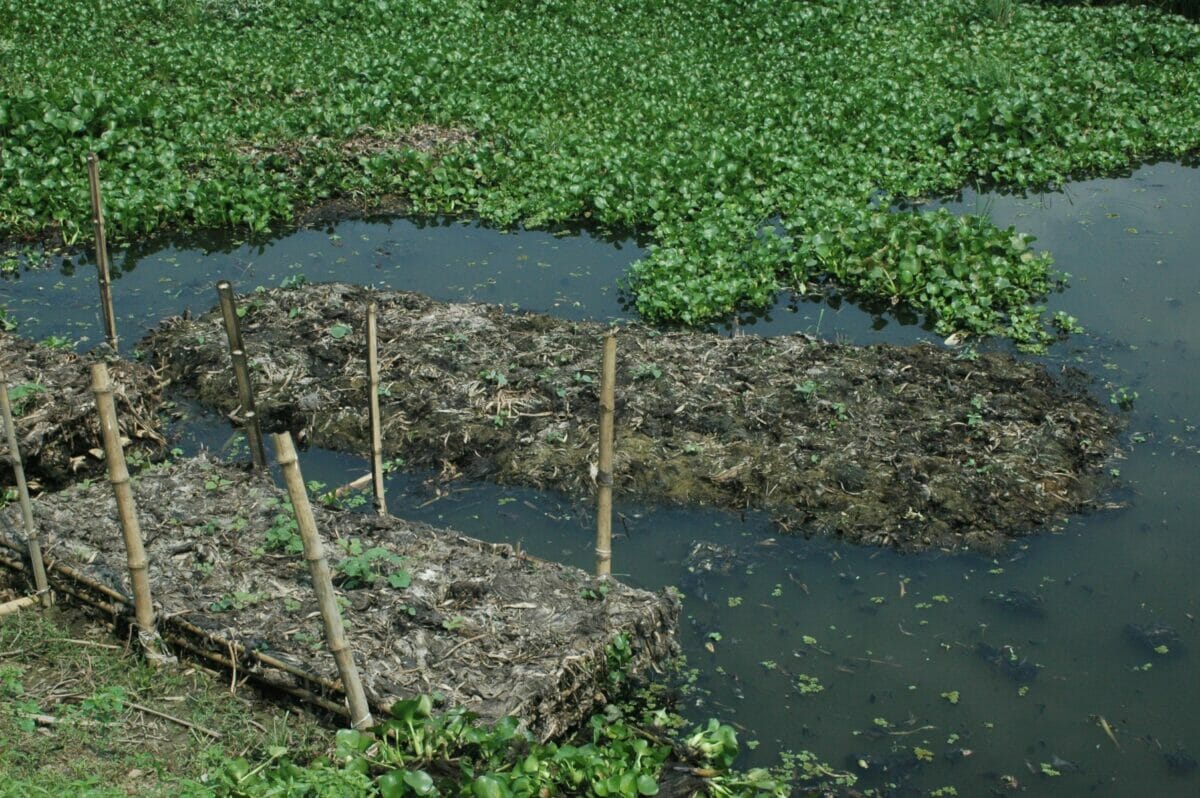 For nearly 400 years, farmers in the southern floodplains of Bangladesh have relied on floating gardens to grow vegetables.

Using a method of cultivation called dhap, or known locally as baira, farmers build these soil-free gardens with water hyacinth, an invasive aquatic weed prevalent in parts of Bangladesh, and plant vegetable seedlings as well as sometimes rice. The gardens’ buoyancy allows them to rise and fall with the water levels.

Around two-thirds of Bangladesh consists of wetland, according to BBC, with fierce monsoons, Himalayan snow melt and cyclones that make it prone to floods and waterlogging. As climate change grows more severe, an estimated one in seven residents in Bangladesh will be displaced by 2050. Parts of the country are under water for up to eight months a year.

But with floating gardens of nutrition-rich foods such as okra, bitter gourd, spinach, eggplant, turmeric and ginger, smallholder farmers are able to use flooded areas that would otherwise be unmanageable, making it possible for local families to survive. They’re so important to the country’s agricultural industry, in fact, that the United Nations Food and Agricultural Organization declared Bangladesh’s floating gardens to be a globally important agricultural heritage system in 2015.

Now, scientists are looking at how this growing method can be utilized in other parts of the world. In a new study published in the Journal of Agriculture, Food and Environment, researchers surveyed families that use this method of cultivation and found they provide stability to farming families. Their findings suggest that the use of floating gardens is a sustainable farming method that might not only reduce food insecurity but also provide income for rural households in coastal, flood-prone areas.

“There’s no ambiguity about it: Bangladesh didn’t cause the carbon problem, and yet it is already experiencing the effects of climate change,” said Craig Jenkins, co-author of the study and academy professor emeritus of sociology at the Ohio State University.

Floating gardens are already being used in other parts of the world, such as Dal Lake in Kashmir, Inle Lake in Myanmar and in Xochimilco, a district of Mexico City where farmers are reviving a similar practice first resurrected by the Aztecs to meet food demand. Perhaps their use will soon expand to other flood-prone communities affected by climate change.