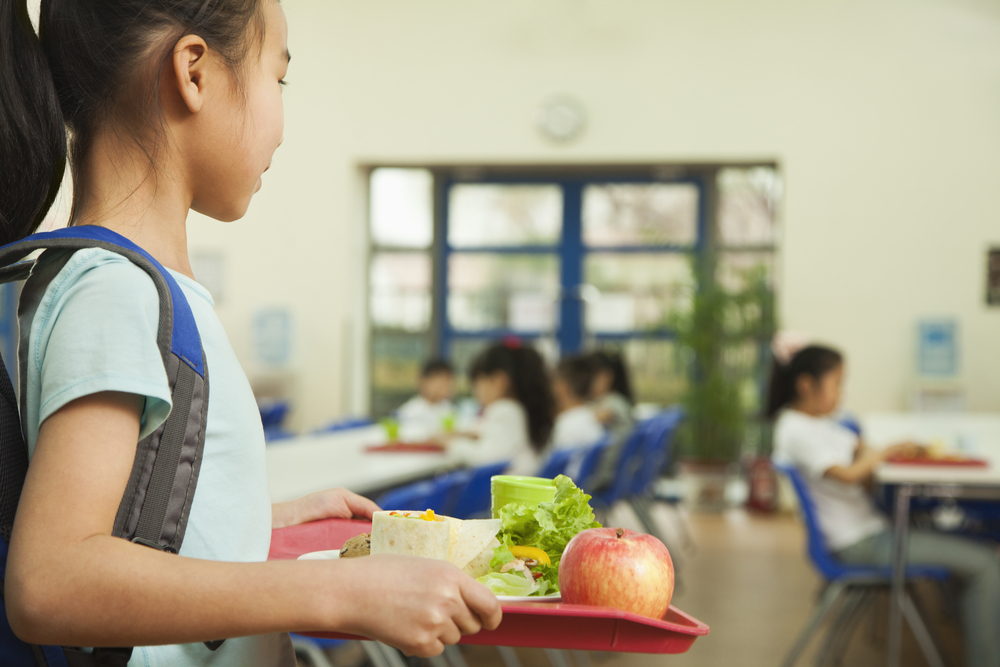 The US Department of Agriculture (USDA) announced Friday that it will implement new nutrition standards for school lunches for the 2022-2023 school year.

The new regulations, which were last updated in 2012, are set to be followed for at least the next two years. The changes include updates to the milk, whole grain and sodium school meal requirements—while all other categories, such as fruits and vegetables, will remain the same as the 2012 requirements. The USDA looked to the latest Dietary Guidelines for Americans when making its required updates to school nutrition standards.

According to a USDA press release, schools were “largely successful” when implementing the guideline changes in 2012. This year, however, pandemic-related supply chain challenges and delayed implementation of the new regulations may cause schools to be unable to immediately meet the new requirements. But the USDA considers today’s announcement an opportunity “allowing them to gradually transition from the extraordinary circumstances caused by the pandemic to normal program operations and meal standards that are consistent with the latest nutrition science.”

The exact parameters of the new guidelines state that schools may offer one-percent flavored milk in addition to non-fat and low-fat unflavored milk options; at least 80 percent of the grains served in both breakfast and lunches must be whole grain-rich options; and while sodium allotments in breakfasts and lunches will remain the same as the 2012 guidelines in the 2022-2023 school year, that number will be decreased by 10 percent in the 2023-2024 school year, for school lunches only.

Agriculture Secretary Tom Vilsack said in the release that research shows school children receive the healthiest meals of their day at school, adding, ​​“the standards we’re putting in place for the next two school years will help schools transition to a future that builds on the tremendous strides they’ve made improving school meal nutrition over the past decade.”

In the press release, the USDA also announced a plan to “issue a proposed rule in fall 2022 that moves toward updating nutrition standards for the long term.”