The idea, of course, is to reduce fertilizer overuse. 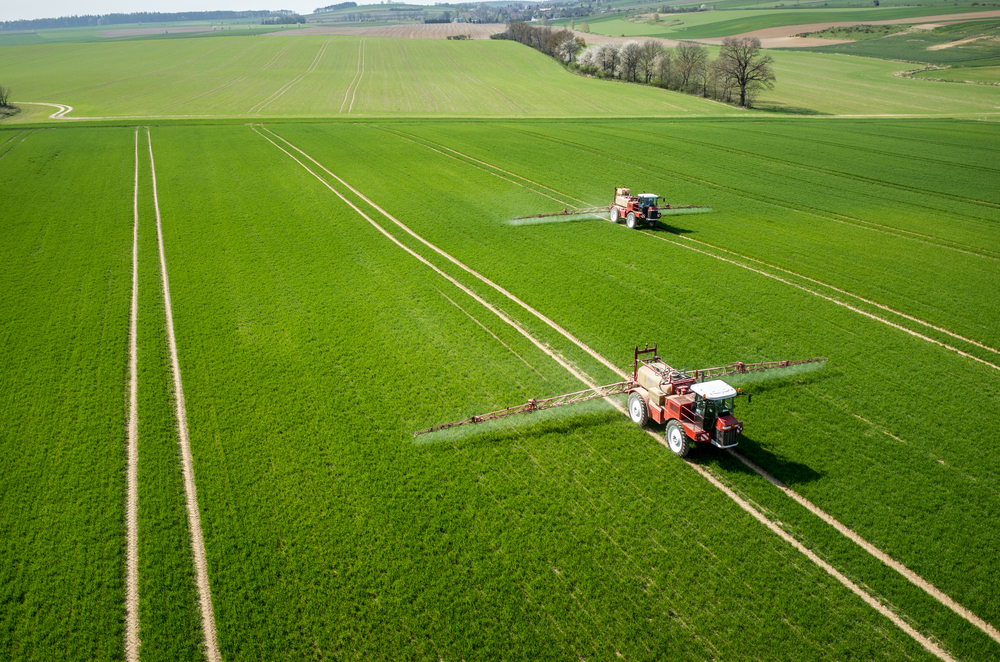 Fertilizer overuse is one of the many large problems facing modern agriculture. Crops, especially monocrop operations of corn and wheat, need lots of fertilizer, but it’s very difficult to precisely fertilize just the right amount. That prompts the widespread overuse of fertilizer, which then runs off into waterways, contributing to the release of copious amounts of greenhouse gases.

Scientists and researchers have been working on all kinds of ways to minimize fertilizer use to just what’s needed, and one of the main prongs of those attempts is to more precisely measure the levels of fertilizer in fields. Once we know exactly how much is present, it’s easier to not overdo it. One promising advancement was just announced by researchers at the University of Illinois Urbana-Champaign, and it relies on sensors attached to planes.

The new system uses hyperspectral imaging spectroscopy sensors in the form of the ASD FieldSpec 4, a palm-sized device that can collect image data on an incredibly precise, granular basis. These devices pick up imaging data far more detailed than what the human eye can see. That includes, apparently, nitrogen levels in plant leaves.

The researchers used the hyperspectral sensors to measure plant leaves at different levels of photosynthesis, which is correlated with how well fertilized the plants are. They then created an algorithm that can take that hyperspectral data and churn out results of nitrogen levels.

This system is sensitive enough that the researchers actually attached the sensors to planes flying 500 meters above cornfields in Illinois, and by flying back and forth only three times, they found that they could pick up an astounding amount of data. The researchers went into the field to do on-the-ground nitrogen tests to compare with and found that the plane system gave about 85 percent accuracy, which is close enough to on-the-ground testing that the researchers say the planes could replace it. And, of course, it’s much more efficient to fly a plane over a field than to go out and take hundreds of soil samples for nitrogen analysis.

The next step for the researchers is to try to get their algorithm to be used with satellites equipped with hyperspectral sensors; both the United States and India are working on this sort of thing.

Nice, even spectacular stuff. But fertilizer is cheap & suppliers have great political clout. Without sanctions that cost the farmer substantially for ad lib fertilization, nothing will happen from this great technology.