Will the New GMO Label Make a Difference?

Probably not, according to a new study that looks at how GMO and non-GMO labeling efforts influence consumer behavior. 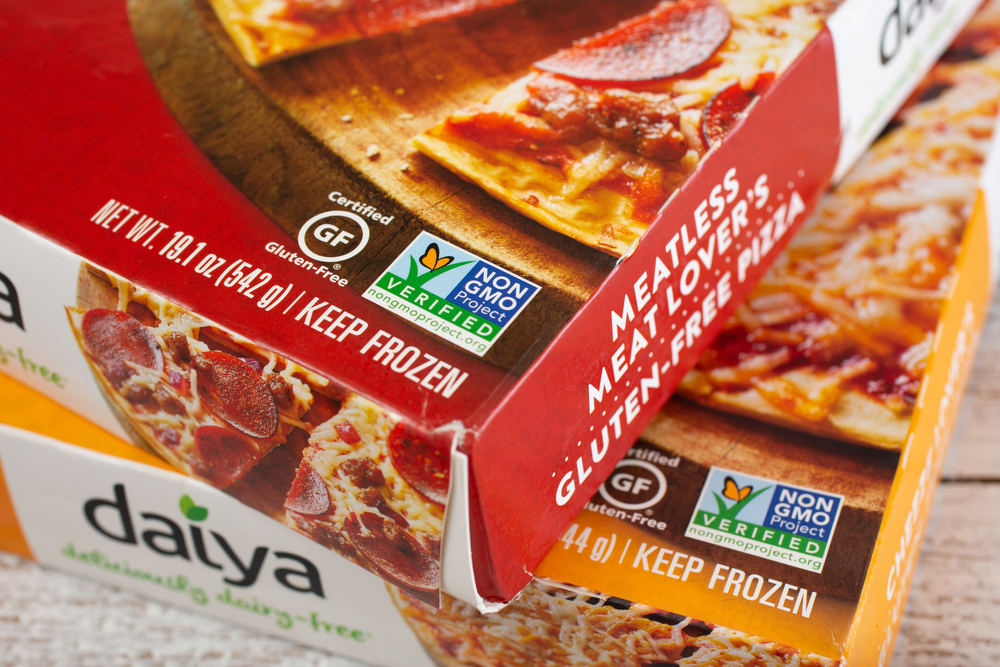 The logo features a little orange butterfly that’s perched on a springy piece of green grass. The butterfly’s wings are still but alert, as if the insect is ready to fly off of the grass at any moment. Underneath, in bold block letters, is the word “verified” and to the right of the butterfly, the words “Non-GMO Project.”

The label, and the larger organization, was created in 2010 by two grocery stores after years of working to give their customers information about genetically modified organisms (GMO). In order to become certified, a product must contain less than one percent GMO ingredients, as verified by a third-party auditor. The label is totally voluntary, but in the decade since the butterfly first emerged, tens of thousands of products now proudly bear the mark. Walk around a grocery store and you’ll see the little butterfly flapping its wings on bags of potato chips, bottles of shampoo and boxes of pasta.

But as of January 1, 2022 the butterfly will have some company on product packaging. In 2016, Congress passed the National Bioengineered Food Disclosure Law, which directed the USDA to establish a national standard for disclosing foods that are or may be bioengineered. Starting next month, mandatory compliance with the law will be enforced. That means every food that contains GMOs must prominently disclose it on the package. The law allows for up to five percent genetically-modified ingredients and applies to most food producers and importers in the US. 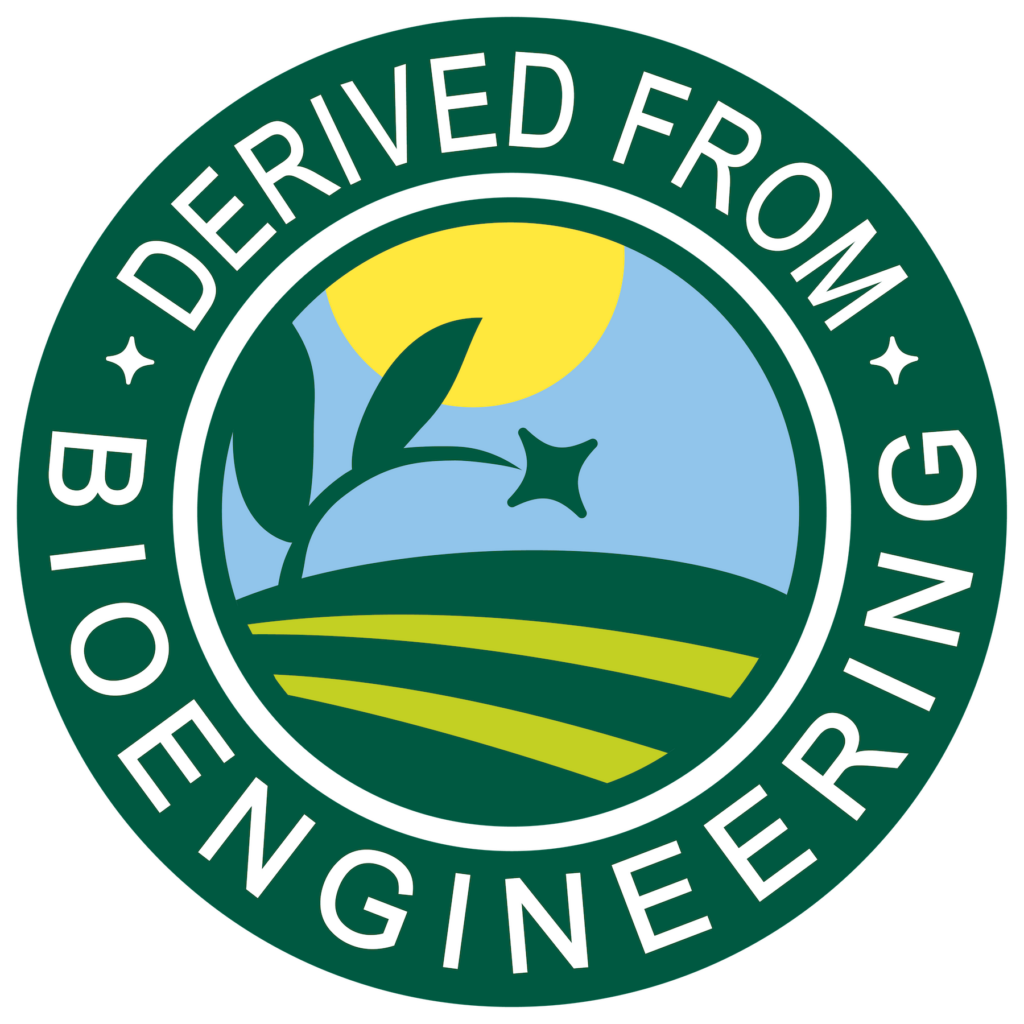 This is good progress, right? More information available to consumers means that people should be able to make more informed shopping decisions, with one label stating the presence of certain ingredients and another label promoting their absence.

But what if the new label doesn’t move the needle at all? A new paper from a team of researchers at Cornell University suggests these new labels could easily go undetected.

“Do we need [mandatory labels]? If they’re not having any effect on consumer behavior, or consumer purchases? Do they actually serve a purpose, when we already have this really efficient, voluntary, non-GMO label?” says Aaron Adalja, assistant professor of food and beverage management at Cornell’s School of Hotel Administration and co-author of the study.

All foods that we eat today are modified in some way; virtually no crops currently produced resemble their original form. They’ve been bred to be hardier or softer, bigger or juicier. Carrots, wheat, watermelon and bananas have been selectively bred for taste, yield, and for the rigors of commercial agriculture and shipping. However, the distinction for the team at Cornell, and often the public at large, is that genetically-modified foods are ones that were bred in a lab. Could you create the same plump tomato with selective breeding techniques, or does it require genetic engineering? The latter is what worries some people. It’s that concern of over engineered ingredients that has led to laws like the Food Disclosure Law, which we’ll soon see impacting products across the country.

Adalja is quick to point out that a perceived stigma against GMO products doesn’t necessarily equal a real threat to health or wellbeing. “In the scientific community, there’s no substantiated evidence that shows that GMO foods have any safety or health concerns,” Adalja says. “But that said, there’s certainly a large segment of consumers that find this technology to be suspicious.”

Despite those widespread suspicions, the team at Cornell has discovered that the new mandatory disclosure labels may not have much of an effect on consumers’ purchases at all. The researchers studied several states which had discussed mandatory GMO labeling, looking especially close at Vermont. In 2016, Vermont implemented a mandatory labeling law, 30 days before the National Bioengineered Food Disclosure Standard was passed by Congress. For a short time, Vermont had both the voluntary non-GMO label, or an absence label, as well as the mandatory GMO label on its food, or a presence label. That gave the researchers an excellent data set. Here was a defined group of people, and a distinct timeframe: purchase behavior before and after July 2016.

“We found no difference, no changes in consumption of either GMO products or non-GMO products in Vermont,” Adalja says. It seemed to the researchers that anyone who was motivated to make the switch to non-GMO products “had already done it. They’ve already switched, because we’ve got this existing label in the marketplace that allows consumers to sort out non-GMO products already.”

That was surprising to researchers, both because of the general stigma surrounding GMO foods, as well as the specific data set. The demographics of Vermont pointed to individuals who were perhaps the most prone to seek out non-GMO products. “We would expect to find the largest effect in Vermont. So if we don’t find an effect there, we feel pretty confident that we’re not going to see an effect in other states,” Adalja explains.

If that’s the case, what’s the point of implementing these new labels? A potential government consideration is that mandatory labels, by definition, will include more products than a voluntary option. But as we move ahead with this labeling, Aladja says there are a few questions for government and policy makers to consider. First, what is the cost of implementing these labels? And secondly, what precedent are we setting?

“If the label is truly providing new information to consumers, and allowing consumers to make better decisions, there’s obviously a lot of value to that. And in which case, we would say it justifies the cost,” Adalja says.

As for the second question, Adalja points to the lack of safety or health concerns stemming from GMO foods: “What sort of message are we sending if the government slaps a label on a product when it has nothing to do with safety or health?”

The real issue with GMO products is not personal health or safety. People want to stay away from GMO’s in order to stop supporting industrial agricultural practices that are environmentally harmful (not all GMO’s are bad, but most industrial farms are using GMO’s). The labeling requirement would take the onus off of the farmers who are using environmentally safe practices. Ideally non-gmo producers could stop paying to label their products as a result. If the labeling process costs money, the producers of those products should have to pay it the same way farmers are required to pay to certify as… Read more »

The study is recent but not new…it was published In January 2021. If you read the study carefully, you’ll see that its design and methodology are both lacking. Worse yet, the authors explain their results by speculating about underlying circumstances for which there is little supporting evidence.

So no USDA approved study is likely to admit the negative effects of GMOs because Bill Gates & other rich Agribusiness guys have lobbyists preventing real science from being published. So, despite the massive evidence suggesting that gluten intolerance is caused by GMO wheat, just to mention one negative effect of GMO, anyone who tries to say that will be censored. The only reason Gates & co. let this law through was because they expect minimal loss, partly due to the results of the Cornell study, but also since they insisted on the loophole of up to 5% GMO ingredients.

Unfortunately American consumers are used to buying food for what’s not in it / the marketing of non-existence starting with non-fat. As the article acknowledges all food crops are genetically modified just mostly with far less known about it. There is no safety issue here, just a compromise to keep a state like Vermont from messing up the whole system.