When the World Slowed Down, I Made Sloe Gin - Modern Farmer
Food & Drink, Personal Essay

When the World Slowed Down, I Made Sloe Gin

Grown throughout the English countryside, the tart berries can be used to make a festive liqueur. 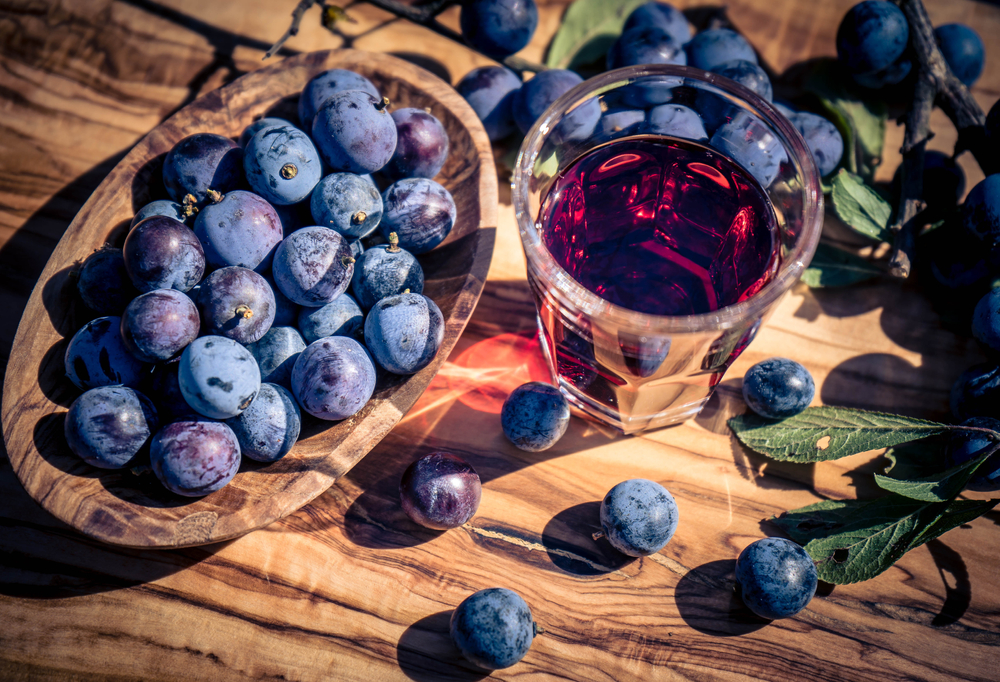 In 2020, our lives were turned upside down when a global pandemic ensued and shut the world down for many months. That summer, we were provided with some normalcy, as the borders opened back up and travel started up again. But by October, I was in Ireland, living on strict lockdown again and desperately in need of a project to keep myself busy.

For several years, I’d been thinking about making my own alcohol, and sloe gin was on the top of the list. Compared to other spirits, sloe gin is relatively easy to make at home. The British gin-based liqueur is the result of infusing sloe berries and sugar in a high-proof gin.

In the same family as plums and cherries, sloe berries are the fruit of the blackthorn plant (Prunus spinosa). They’re native to the UK, Ireland and other parts of Europe, where this bitter and sour berry has been used to flavor jams and alcoholic beverages like sloe gin for centuries. 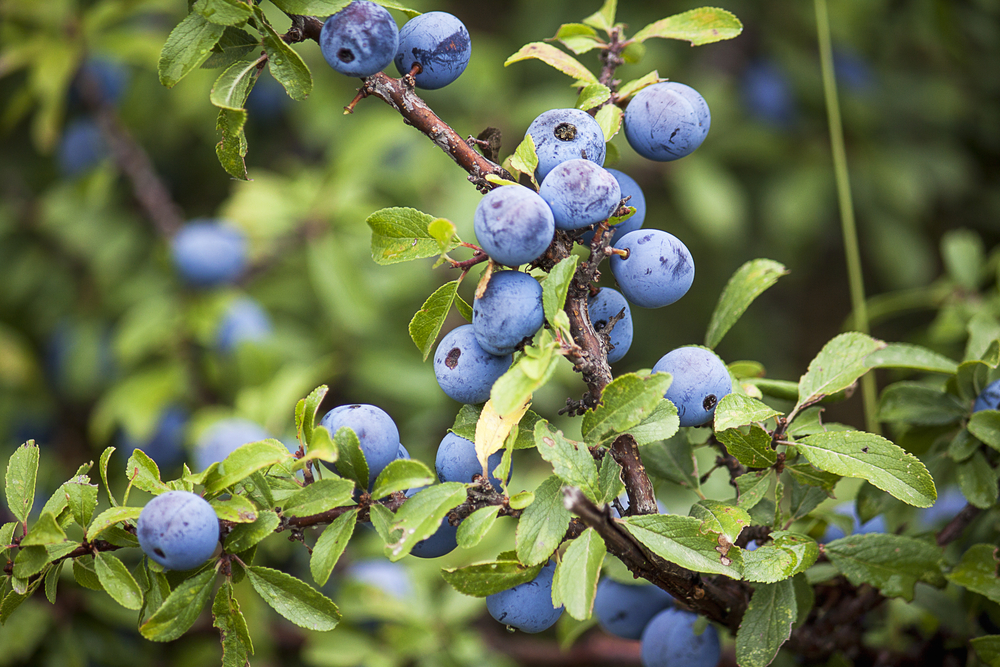 While it’s not as popular in America, sloe gin has deep roots in the UK. Beginning as early as the seventeenth century, Parliament passed a series of enclosure acts that transformed common land into individual farmsteads and properties. These laws allowed the rich to claim open land, on which bushes such as the blackthorn were used to mark the edges of fields, resulting in abundance of sloe berries across the countryside. Eventually, farmers found a use for these inedible berries, which are at their most ripe in late September and October. Being that it took a few months to infuse the sloe berries into a tasty winter aperitif, it became the alcohol to drink around Christmas time.

Of course, sloe gin was never as popular as gin itself, as the fruit liqueur was thought of as the poor-man’s Port. But by the nineteenth and twentieth centuries, sloe gin began making a comeback as distilleries started to make their own brands and cocktails. This included the “Sloe Gin Fizz,” that would make this tart liqueur popular again. In the last few years, thanks to its revival, British distilleries such as Sipsmith, Plymouth Gin and Monkey 47 have also been making and importing sloe gin to the US. There are even some American distilleries, such as Spirit Works Distillery in Sebastopol, California, that make versions of sloe gin by importing the berries.

I got my first taste of sloe gin in 2014, and was excited to finally try my hand at making my own. Foraging these tart berries had always eluded me, as I was never in Ireland during the autumn when sloe berries are ripe for picking. So, last fall, with help from a friend, I finally was able to get a bucketful of berries and started on my DIY sloe gin journey.

In addition to sloe berries, gin and sugar, the process of making sloe gin requires a whole lot of patience. The longer it sits, the better your sloe gin will taste. After a few months, the gin evolves into a sweet ruby-colored liqueur that is a great winter treat that makes tasty drinkable gifts for friends and family. Time is of the essence, and if you want to have your sloe gin by Christmas, you have to start making it by September, as it takes one to three months for alcohol to infuse. 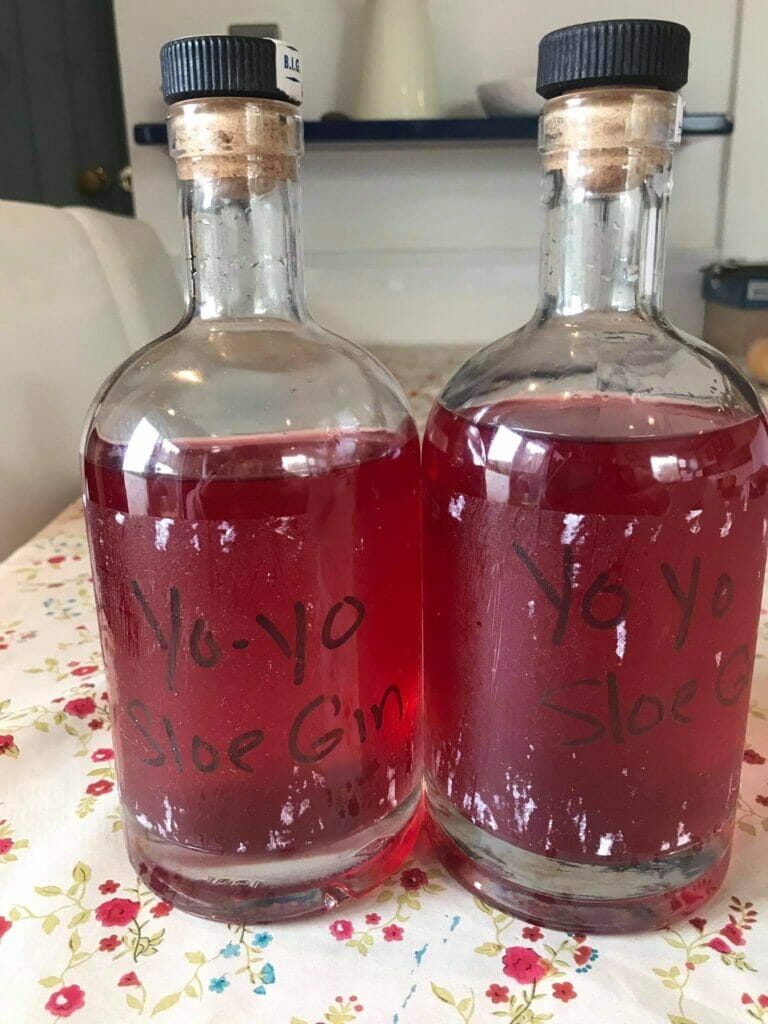 As I endured another lockdown last October, I watched my boozy concoction evolve into a sweet treat. I would check my bottles, watching as the sugar dissolved and the berries went from dark to light. I counted down the days until I could sip on my libation—and be free from isolation.

Sloe berries are not commonly grown in the US, but there are other ways to enjoy this homemade drink, like substituting other berries that are in the same family. For example, Damson or beach plums are both ideal alternatives because they are similar in taste and will result in a similarly fruity liqueur. If you are keen on making the real deal, then the Internet is your friend. You can place a wholesale order for sloe (blackthorn) berries to be delivered to your home. And if you’re lucky, you might even find a local farm that grows them.

As for myself, I decided to make foraging for sloe berries an annual tradition while I’m living abroad. This year, I was a little late gathering my berries, so my sloe gin won’t be ready in time for Christmas. But in 2022, I know my cup will be overflowing with my homemade boozy treat for future chilly, winter days.