The US Is Not Reducing Agricultural Use of Antibiotics Fast Enough - Modern Farmer
Animals, Health

The US Is Not Reducing Agricultural Use of Antibiotics Fast Enough

The unnecessary use of antibiotics is a huge problem in American agriculture. 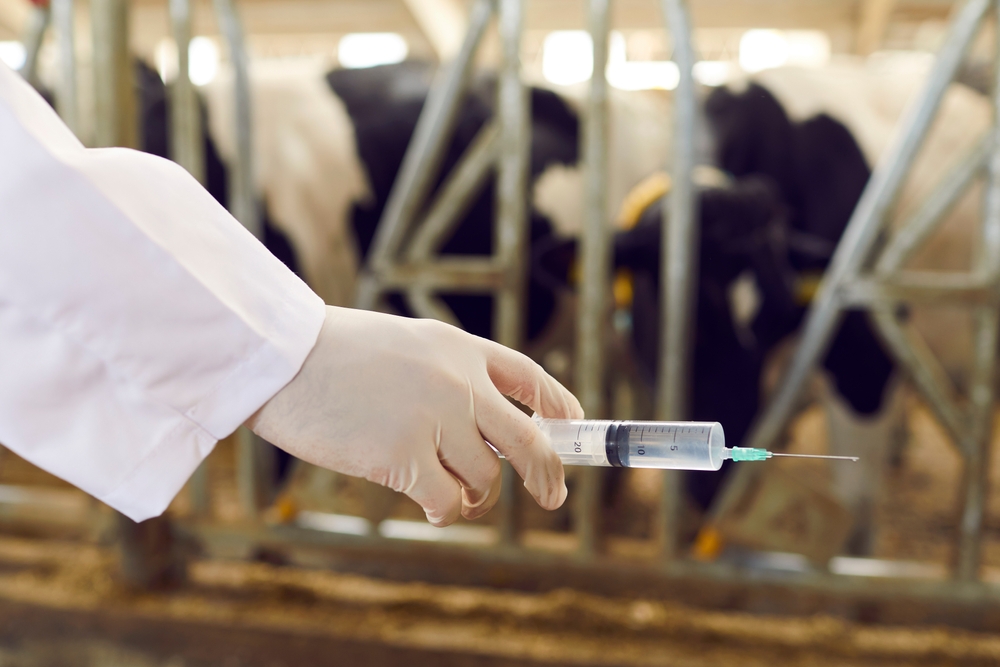 Agricultural sales of antibiotics in 2020 were actually higher than they were in 2017.
Photography Studio Romantic, Shutterstock.
Share
Tweet
Pin
Email

The use of unnecessary antibiotics in livestock is one of the biggest public health issues in the entire agriculture industry. Millions of animals are deluged with antibiotics, which trigger bacteria to develop resistance to the drugs, which requires even more drugs. As that happens, the bacteria get more and more powerful, rendering drugs less effective. It’s a disastrous cycle and one that governments have been aware of for decades.

In some countries and jurisdictions, governments have enacted sweeping legislation to lessen the amount of antibiotics used in raising livestock. In the United States? Not so much. A feature from Maryn McKenna in Wired takes a look at the new FDA numbers, which are hardly encouraging, and the larger issue of antibiotics in agriculture.

The FDA’s newest figures, released this week, do show that sales of antibiotics to the agriculture industry are down from their peak in 2015. But that peak was followed by a large dip in 2017, the result of one push from the Obama administration, and the numbers have remained roughly constant ever since. In fact, sales of antibiotics in 2020 were actually higher than they were in 2017.

“Unnecessary” antibiotics are widely used these days for cattle and hogs, a system in which conditions are so unsanitary and unhealthy for the animals that antibiotics are given as a preventative measure, rather than used to treat an actual illness. There are many more animals than people in the US and some of those animals, like cattle, are much bigger than people. That makes agriculture a significantly larger customer for antibiotics than the healthcare industry. Agriculture, in fact, purchases about twice as much antibiotics as those intended for humans.

These problems are not intractable. There have been instances of legislation, in the US and elsewhere, that have had meaningful impacts. A law in the European Union, to go into effect shortly, will severely reduce the availability of unnecessary antibiotics there, and will require much more transparency and data in the use of antibiotics. (In the US, we have sales numbers, but not usage numbers, which is a pretty glaring gap.) American sales numbers have decreased by about 27 percent in the last decade; for the EU, sales are down 43 percent.

Even the private industry has gotten involved; the broiler chicken industry, for example, has all but eliminated the use of these antibiotics, which was partly due to some FDA rules passed during the Obama administration. But for cattle and hogs, antibiotic use is steady, and the Biden administration has done little to reduce those numbers. (It did declare an “Antibiotic Awareness Week” last month.)

Popular
Alaskan Salmon Face a Stream of New MinesBecki Robins
7 Smokable Plants You Can Grow That Aren’t MarijuanaBrian Barth
Why Don’t We Eat Turkey Eggs?Dan Nosowitz
Where Has All the Mustard Gone?Chloe Faure
Goat Sex: Everything You Wanted to Know But Were Afraid to AskAndrew Amelinckx
Explore Modern Farmer
Related
Animals, Environment, Technology
Alaskan Salmon Face a Stream of New MinesBecki Robins
Animals, MTMF
Meet the Maine Teenager-Turned-Landscaper Thanks to Grazing GoatsBridget Shirvell
Animals, Environment, Health
To Stop New Viruses Infecting Humans, We Must Protect Bat HabitatAlison Peel, Peggy Eby, Raina Plowright
Animals, Food & Drink, Lifestyle
The Great (Sticker Shock) ThanksgivingLindsay Campbell
wpDiscuz
We use cookies on our website to give you the most relevant experience by remembering your preferences and repeat visits. By clicking “Accept”, you consent to the use of ALL the cookies.
Cookie settings ACCEPT
Privacy & Cookies Policy