Northeast Organic Dairy Farmers May Get Squeezed Out of Business

The affected farms are taking a major hit after Danone, which owns Horizon Organic, terminated 89 contracts. 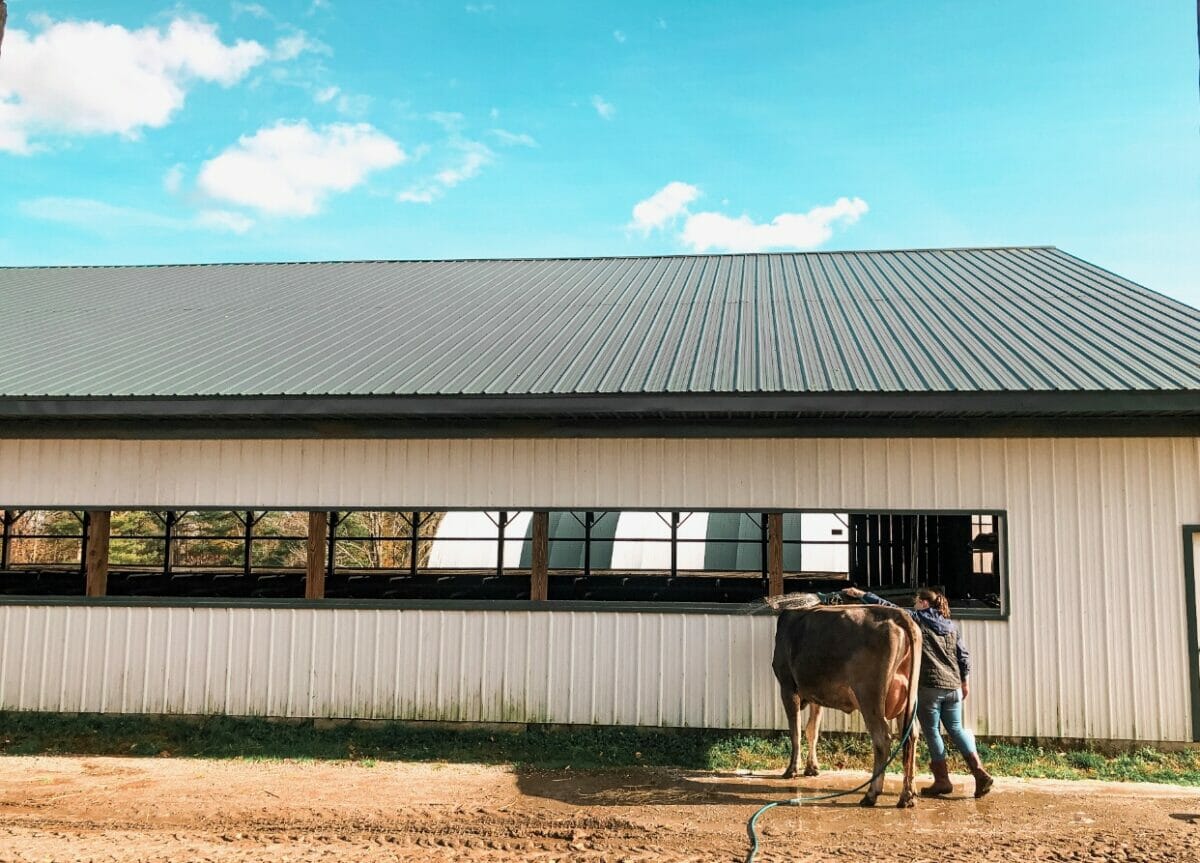 In late August, 89 Northeast organic dairy farmers were informed by Danone that their contracts with Horizon Organic, which the French-based company owns, will be terminated in August 2022. The affected farms in New York, Maine, Vermont and New Hampshire are part of a larger trend of decline in small dairy farms driven by milk pricing and consolidation.

The fourth-generation dairy Faithful Venture Farm in Searsmont, Maine was not surprised to receive its notice, says Sadee Mehuren, who operates the farm with her father, grandfather and five siblings in the tiny town near Maine’s midcoast region.

The Mehurens have been shipping their milk to Horizon since 2008, when they transitioned the dairy to organic. Their 45 registered Holsteins produce around 2,700 pounds of milk a day, and they also raise beef animals and a handful of sheep.

Faithful Venture, along with the 13 other Maine organic dairy farms that received termination letters, are part of the state’s 196 dairy farms, 40 percent of which are organic. As Maine’s second largest agricultural product, dairy accounts for more than $570 million a year, according to the Maine Dairy Industry Association. A hit of this size is likely to have a ripple effect on local economies and farm-related businesses. 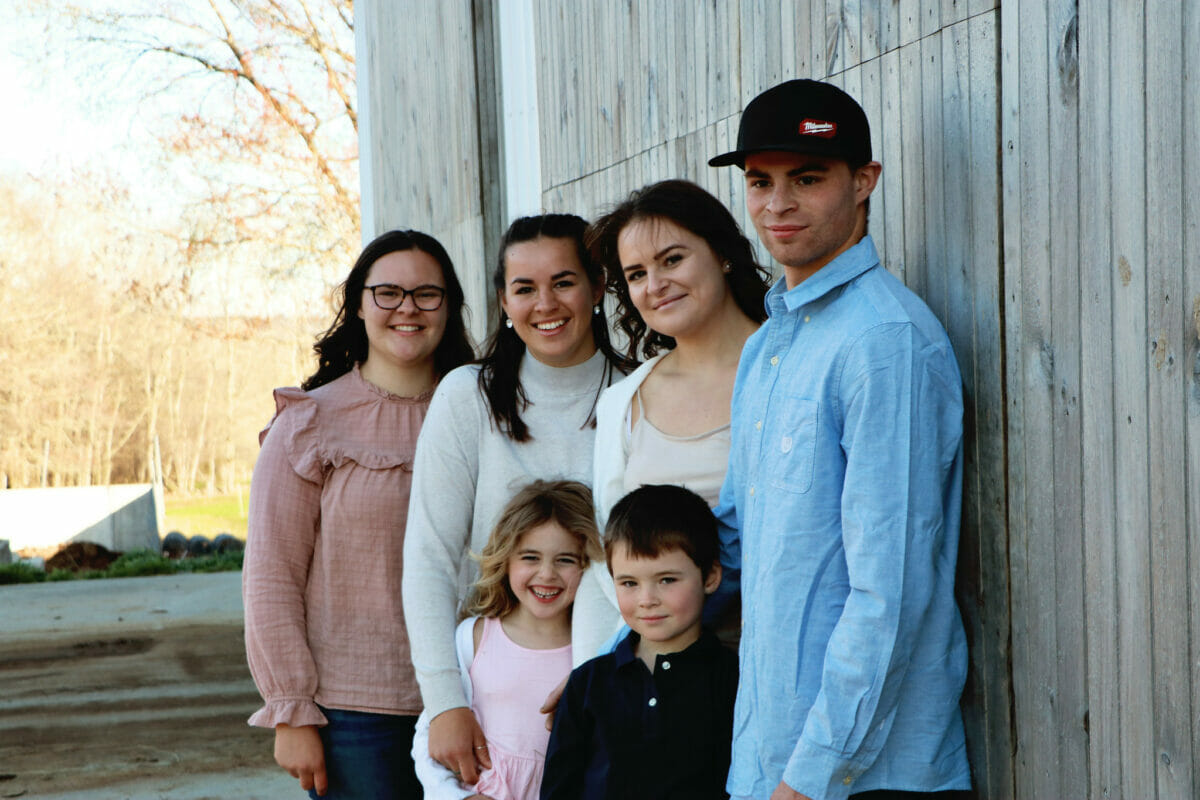 The Mehuren family is optimistic that they’ll find another buyer for their organic milk in the coming months. Photo courtesy of Faithful Venture Farm.

Dairy is the top agricultural product for the three other states. New York’s dairy sector, which had 46 affected farms, is the fourth largest in the nation. Vermont, where 28 of the terminated farms reside along with Cabot Creamery and Ben & Jerry’s Ice Cream, is the largest producer of milk in New England. Even New Hampshire’s two affected farms will impact its shrinking dairy sector, now numbered at 95 farms.

The first petition asked Danone to reverse its decision, while the second asked the Certified B Corp company to “come to the table to find a solution,” extend the termination date to give farmers 18 months instead of 12 to plan for the transition and offer a contract severance or retirement package to the farmers, many of whom have been with the company for more than a decade.

“It’s potentially devastating for those farms that have lost their contracts with few if any alternate buyers,” says Katie Baildon, policy co-ordinator for Northeast Organic Farming Association of New York (NOFA-NY), another organization that sponsored the petition. “It’s also a loss for the communities that no longer have access to local organic milk.”

In response to Modern Farmer asking if these petitions will lead to any changes in Danone’s decisions, Chris Adamo, Danone North America’s vice president for government affairs, policy and partnerships, says a number of continuing challenges led to what he called the “difficult decision.” One of those challenges included picking up and transporting milk to the processing facility the company uses.

“Other related factors, unique to this region, include a lack of available processing alternatives, a scarcity of available drivers and long routes, requiring multi-day jobs, further exacerbating the driver shortage,” says Adamo.

He says the notice period of one year “goes well beyond our contractual obligations with the farms and beyond industry norms,” and that the company is in communication with a number of stakeholders, including some of the organizations sponsoring the petition, to look at additional support options.

Danone, which reported revenue of more than 25 billion euros in 2019, says it remains “deeply committed” to its B Corp mission, which includes a goal to have all its North American companies B Corp certified by 2025.

A legacy of decline

“Danone’s announcement was not isolated but part of a pattern of producers throughout the region losing access to markets,” says NOFA-NY’s Baildon.

While demand for and production of milk in the US is actually on the rise, the number of farms continues to decrease, due to consolidation and low prices set by the market rather than producers, which leads to a cost of production that exceeds the price these small farms can get for their milk.

Many consider the dairy industry as a whole to be in crisis, but small organic dairy farms may be facing even more pressure due to a loophole in the National Organic Program’s rules for organic dairy operations, which enables large organic dairy farms to continuously transition new animals into organic production—an allowance originally intended to be used once, says Baildon.

Known as the Origin of Livestock Rule, the loophole within it “harms the integrity of the organic label and puts those farms who do not exploit the loophole…at a competitive disadvantage to larger operations in other regions of the country that have created oversupply conditions that impact the organic milk market nationwide,” says Baildon.

While NOFA-NY and other organic farming organizations have called on the USDA to fix the loophole for decades, it still remains in effect.

Danone says the rule “had no bearing on the decision we made,” citing a letter written by Adamo to the National Organic Program in 2019 asking it to close the loophole and outlined previous actions the company has taken on the issue. Adamo says the approximate herd size of a Horizon Organic farm today is 97 cows and, after August 31, 2022, it will be approximately 100 cows, which will come from 500 organic farms across the country. 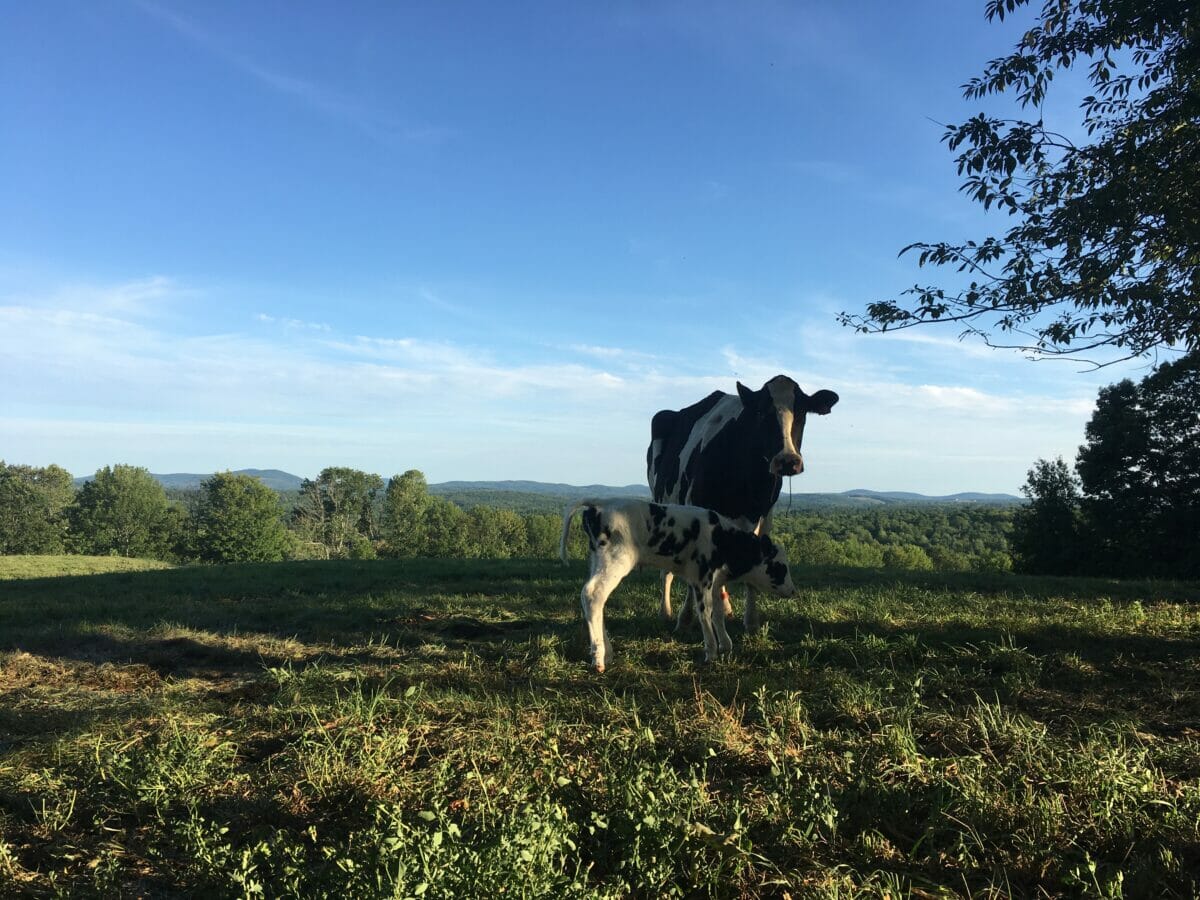 What’s next for these farmers?

It is unclear whether or not other organic companies will have the capacity to take on any of these producers. The dynamics of production, transportation and processing differ in each state. In New York, a facility located in the western part of the state will still process milk for Horizon from farms within a 300-mile radius, while in the more remote state of Maine, there are no large processing facilities for the state’s organic milk.

Some farmers are putting their hopes in Stonyfield Organic, which last month announced it will be looking into taking on some of the affected farms. The company is currently creating a task force and reaching out to the affected farmers to identify which farms will be the best fit for its direct supply program, which has not added farms for at least three years due to the oversupply in the organic dairy market. The company hopes to offer more information in the next few months.

“During that time, we’ll also be working on strategies to grow the market for organic dairy,” says Britt Lundgren, Stonyfield’s director of organic and sustainable agriculture. “Some of those market strategies may take longer to implement, but our hope is that they will allow us to further grow the opportunity for organic dairy in this region.”

Several state and federal legislatures have made efforts to assist the affected farmers, and working groups have been formed in both Vermont and Maine to not only assist these farmers but look at long-term sustainability of organic dairy farming in the region. Thirteen congressional members from New England signed on to a letter urging the Department of Agriculture to intervene on behalf of these farmers, criticizing the USDA for its continued delay in addressing the origin of livestock loophole.

A spokesperson from the office of Maine’s Representative Chellie Pingree, who signed the letter, says they had not received a formal response yet, “but USDA is working closely with stakeholders, the State Departments of Agriculture, and the New England congressional delegation on next steps for the affected producers and the organic dairy sector in the region as a whole.”

Meanwhile, Mehuren is optimistic about the future of her family’s dairy and hopes the value of small family farms will not be lost. “As a family, we strive to provide our community with a connection to local agriculture and hope that, despite the challenges that face the Maine dairy industry, we will be able to continue farming for many generations,” she says.

Lot of problems here. Shrinking market, small herd sizes, only one customer (Danone/Horizon), transportation difficulties… not a viable situation. Pinning your hopes on yet another sole customer (Stonyfield) won’t solve the basic problems. Doesn’t look like there’s enough money there for a farmer’s co-op and that still wouldn’t solve the shrinking market problem. In fact, the value of the entire Maine dairy industry (about $570 million yearly) is basically a rounding error in the personal income of some rich folks. It’s time to look for other options, probably ones that don’t involve milk cows. Until dairy products become scarce and… Read more »

Something to think about i am an organic dairy farmer in the netherlands and we sel our milk in a cooperative of 200 dairyfarmers we sel the milk to the creamerys who need it and we do not ..have a plant of our own we usuually get a better price and our producerscoop takes care of the shipment of the milk it maybe an optio n for the affectet farmers we can deliver what ever milk and volume the creameries want. .

Incredible. And we have a problem getting Horizon products where I shop, here on the West Coast. Miracle when I find Horizon whipping cream. What a shame.

Stop using animals. They are NOT ours to use. Healthy plant based milks are the future. Evolve.