What Gets Lost When Designing the ‘Ultimate Chickpea’ - Modern Farmer
Plants

What Gets Lost When Designing the ‘Ultimate Chickpea’

Selecting genes for yield alone fails to address all the other issues impacting food security. 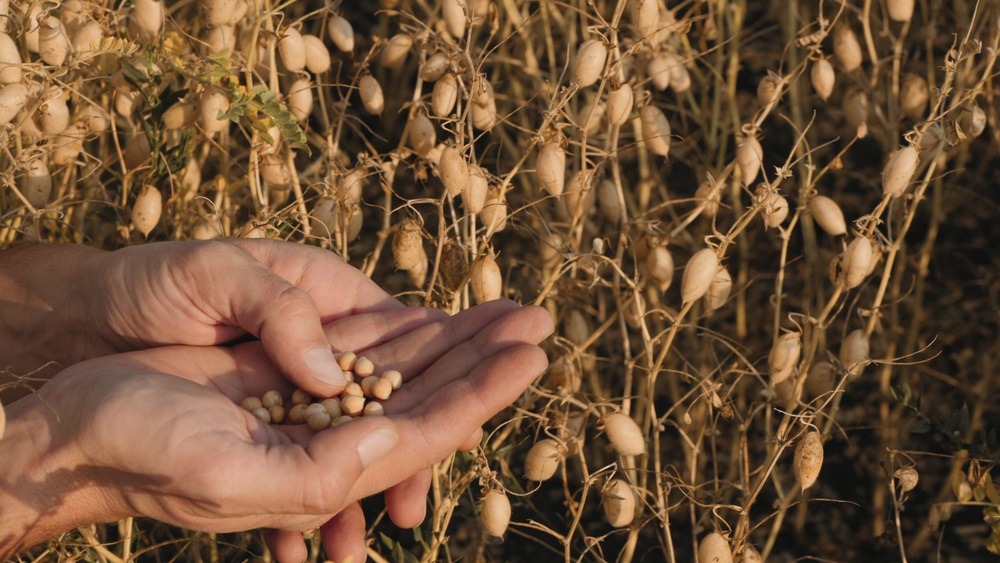 According to a press release from the University of Queensland, researchers there have used artificial intelligence and genetic modeling to create a chickpea they describe as “perfect” and as the “ultimate chickpea.” But what that means tells us a lot about where we’re at with genetically modifying crops.

This particular chickpea is, well, not actually a chickpea—at least not yet. Instead, the researchers sequenced the genomes of thousands of varieties of chickpea, both wild and domesticated, and essentially created a record of every single gene they found across all these varieties. They then used an artificial intelligence system to design the “perfect” chickpea, but it remains in the design phase, more like a list of the genes that the AI system decided would be most beneficial. But what really is the most beneficial?

The chickpea is actually a very good crop to discuss, as it’s of vital nutritional importance to millions of people. In India and Pakistan, for example, around 20 percent of the population relies on the chickpea as a primary source of protein, according to the University of Vermont. Chickpeas, like other legumes and pulses, are also potentially far more sustainable than, say, livestock; they can fix nitrogen in the soil, reducing their need for fertilizer, and require less water and energy per calorie than animal proteins.

The University of Queensland’s “perfect” chickpea was designed exclusively for yield. The genes selected were designed to create the largest possible seed, a trait that’s been repeatedly linked to higher yield and a longer reproductive growth period. Chickpeas have experienced various shortages over the past decade, but those shortages have not really been due to insufficient yield. Instead, chickpea supply issues have been caused by weather and climate events such as monsoons and droughts and broken supply chains, as well as by the shift from more traditional chickpea-growing areas in northern India to the drier south.

But fixing a shortage can’t be reduced to increasing yield, however temptingly simple that solution sounds. While increased yield could certainly help with chickpea shortages, selecting genes for yield alone fails to address all the other issues impacting food security, whether that’s climate change, government subsidies that encourage the planting of cereal or feed crops rather than food crops and structural food waste.

It’s worth noting that the methodology used in the study could be used to very easily select ideal genes for chickpeas that can thrive in a changing world, whether that’s drought resistance or shelf stability.