This Enormous, Deadly Bird Might Have Been Domesticated Before the Chicken - Modern Farmer
Animals

This Enormous, Deadly Bird Might Have Been Domesticated Before the Chicken

New research suggests the cassowary may have been reared by humans thousands of years earlier. 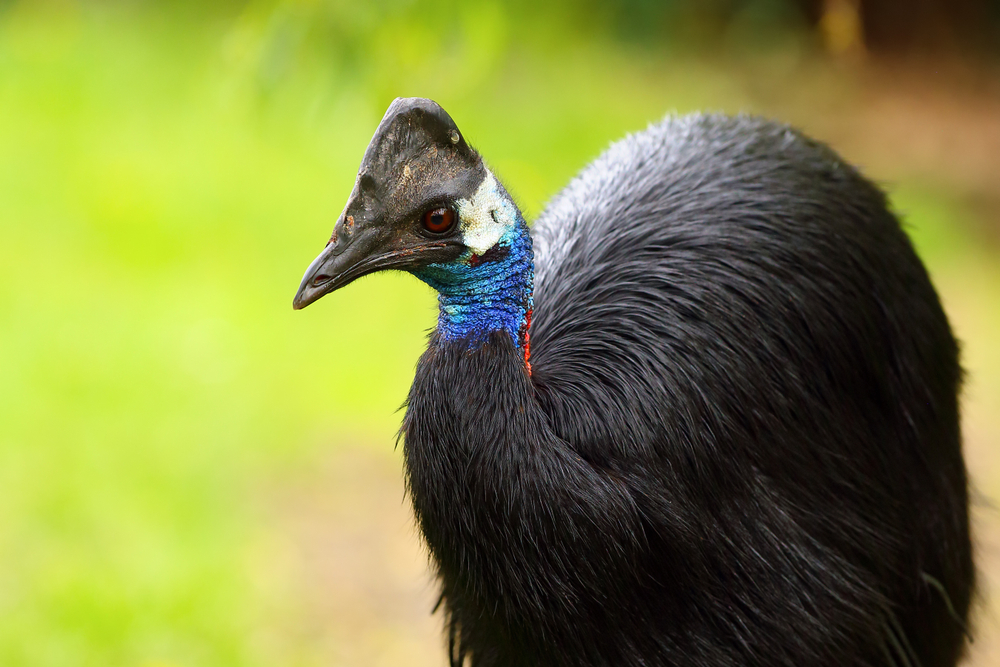 The cassowary, one of several species of gigantic, flightless bird, is best known today for a reputation as perhaps the deadliest bird on the planet, thanks to its proven ability to harm or kill from powerful kicks with its razor-sharp claws. The cassowary, though, is a much more fascinating animal than as merely a threat to humans. A new study from researchers at Penn State University suggests that it may have been the earliest known bird to be domesticated, thousands of years before the chicken.

There are three extant species of cassowary, all native to Oceania, particularly in Melanesia and Australia. Despite being up to six feet tall and weighing up to 130 or so pounds, most cassowaries are forest-dwelling, shy animals. They’re notable for their size as flightless birds (only the ostrich is heavier), for their luminescent black plumage and vibrant neck colorations, as well as for their helmet-like casque on top of their heads.

Cassowaries are perhaps best known for their deadliness, but the vast majority of attacks have come from captive birds; they are mostly quite shy in the wild.

This new study, though, suggests that cassowaries may have been domestically kept for much longer than previously believed. The researchers analyzed bird and, especially, egg fragments in Eastern New Guinea, of which there were thousands. Egg fragments are, according to the study’s lead author, an understudied resource in archaeology.

In this particular study, the researchers analyzed those egg fragments using 3D imaging and modeling, and in comparison with ostrich eggs, to figure out how far along in embryonic development the birds were when the eggs were broken. (These eggs were mostly dwarf cassowary, which, despite its name, can weigh nearly 50 pounds.) Some, especially those from as far back as 18,000 years ago, were early on in their development, and some of those also showed burn patterns that indicate the eggs were cooked for human consumption. Nothing too unusual there; we humans love to eat eggs.

But others, from between 11,000 and 9,000 years ago, were likely very, very far along, essentially mature. And these eggs showed no signs of cooking. “The eggshells look very late; the pattern is not random. They were either into eating baluts or they are hatching chicks,” said Kristina Douglass, lead author of the study, in a press release. (Balut is a fertilized egg dish, where an embryo, usually of a chicken, is incubated for weeks before being boiled and eaten; it’s a fairly common street food in the Philippines and some other Southeast Asian countries.)

There is already some previous evidence of modern-era people in New Guinea rearing cassowaries, too. While adult cassowaries can be dangerous, cassowaries are known to imprint on humans very easily, meaning that chicks could be raised without much danger. As to why people would domesticate a cassowary, some ethnographic research has indicated that some peoples of New Guinea considered the cassowary kin—a type of human rather than a wild animal.

This domestication, if that’s what it was, came thousands of years before the first domestication of the red junglefowl, which we’d recognize today as the chicken.