What Is Cold Plasma and How Can It Be Used in Agriculture? - Modern Farmer

What Is Cold Plasma and How Can It Be Used in Agriculture?

Researchers are getting excited about the fourth state of matter and its potential as a pollution-free fertilizer that can boost plant growth and yields. 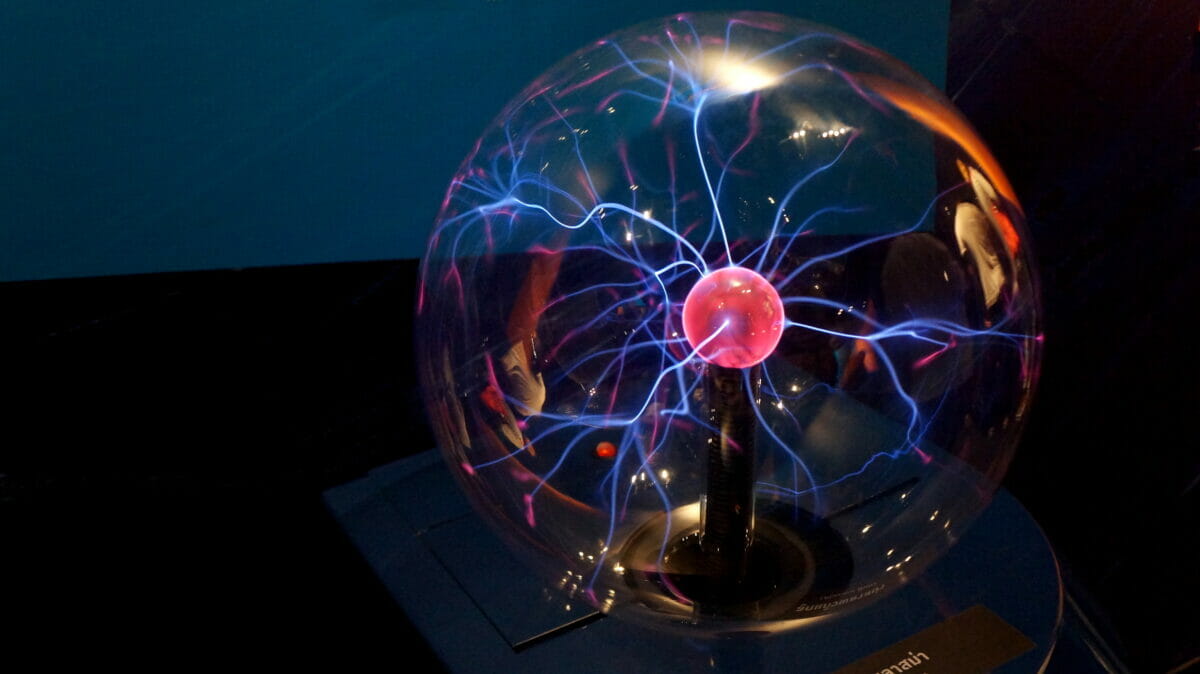 You likely remember plasma from science class, where you were taught that it’s the fourth state of matter (along with solid, liquid and gas), and that it has something to do with the sun and lightning. You may also remember those plasma globes from science museums, where you can put your finger on the outside of the globe and neon tendrils reach out to touch you back.

But there’s a lot more to plasma, and over the past decade, researchers and scientists have noticed that it may have some pretty incredible uses for agriculture, ranging from dramatically improved yield to pollution-free fertilizer to the near-total elimination of bacteria such as Salmonella and Listeria.

Here are some basics. A plasma is like a gas, except something has happened to the gas (such as being superheated or exposed to a strong electromagnetic field), which causes some electrons in the gas to break free. It ends up a lot like a gas, except gases are neutral, and plasmas are charged, either positive or negative. This makes plasma able to, for example, conduct electricity or respond to magnetic fields, which neutral gases cannot do.

Plasma is the most common of the four states of matter, in terms of the universe; the sun is mostly plasma, for example. But it’s also pretty commonly used and manipulated for Earth products. Neon signs and fluorescent bulbs contain plasma. So do plasma TVs, although those aren’t so common anymore.

When it’s found in the sun, plasma is referred to as “hot plasma” because it’s very hot. But there’s also “cold plasma,” which can be made in labs fairly easily. Cold plasma is still heated, but unlike in hot plasma, the component parts (electrons, neutrons, protons) aren’t at the same temperature; it’s only the electrons, in cold plasma, that are superheated, and the density of those electrons is low enough that the entire plasma can exist at room temperature.

Cold plasma, as with solids and liquids, can be made of all kinds of different materials, and thus have different properties; that’s how you can get, say, colored neon signs.

Scientists have been extremely interested in cold plasma as it relates to agriculture for about 15 years, according to a new article by Stephen Ornes in Science News. Ever since it became easy and inexpensive to create cold plasmas, researchers have been—to simplify things dramatically—zapping plants with plasma to see what happens. And some very, very curious results have occurred.

Seeds bathed in plasma for certain lengths of time seem to germinate and set out roots faster than those not exposed to plasma. In one study, a plasma is created using just regular air as the starter gas. That plasma is then mixed into water, and the nitrogen from the air, which became part of the plasma, also enters the water, only now it’s extremely biologically available to plants. You’ve probably heard of nitrogen fixation, in which certain bacteria on plants are able to take ambient nitrogen from the air and turn it into ammonia, which plants can use as fertilizer. This is that. Except most plants can’t fix nitrogen by themselves, and this plasma treatment could theoretically create low-cost, highly effective, near-environmentally-neutral fertilizer.

There’s more, too. Cold plasma also seems to have some extremely effective sterilizing effects; studies have indicated that it is remarkably effective at killing bacteria such as Salmonella, Listeria and E. coli.

All of this cold plasma research is extremely young, especially in terms of figuring out exactly how it works. Nobody quite knows how much plasma to use, for how long, in what way and created from what gases to achieve all of these results. But it’s all extremely promising, even if it makes my head hurt a little to think about it.

Sounds very exciting! I hope there’s a lot of research on this SOON! Agricultural run-off/pollution is terrible for water quality (and everything else?).