California Finally Sees Rainfall, But Will It Help End the Drought?

Some parts of the state got as much as 5.44 inches of rain in a single day. 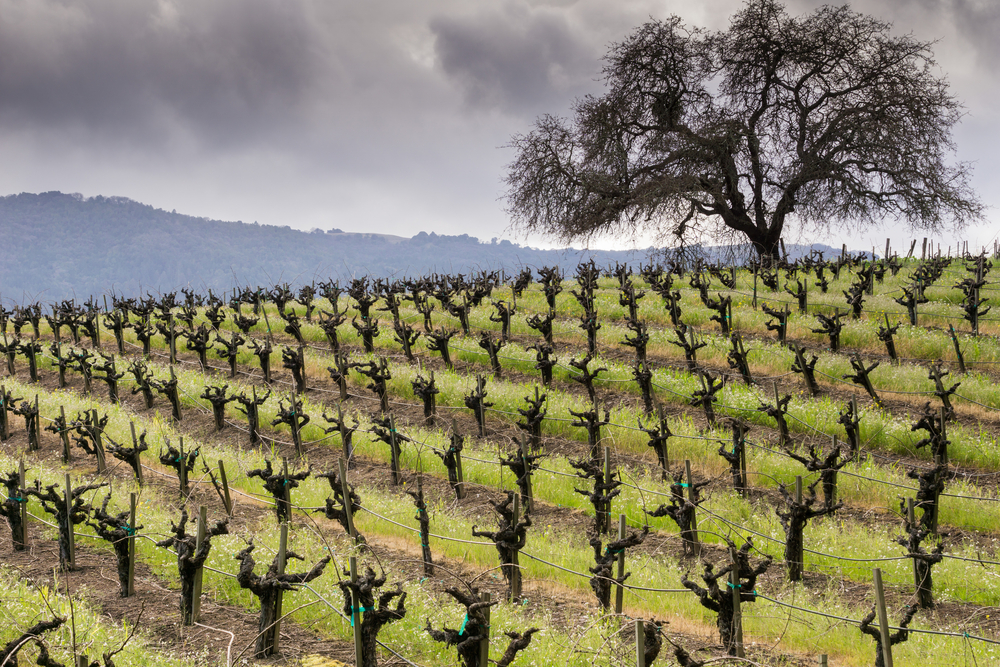 This past weekend, California got absolutely smashed with rain, setting several precipitation records in the process. Great, right? California is in the midst of a mega-drought. Big rain must help, right? According to the experts, it will—a bit. But not really. Well, a little.

According to the Los Angeles Times, around 8,200 distinct fires hit California this year, burning almost 2.5 million acres. Those fires, including the Caldor Fire, the Dixie Fire and several others big enough to be referred to by name, are among the largest and most severe in California’s history. Farms have lost insurance protection throughout the state, as insurers deem these farms at too high a risk of destruction to insure.

The recent rainfall was significant, sometimes record-setting, but it’s important to remember that California is a gigantic state with several totally different climatic zones. Sacramento, inland and to the northeast of San Francisco, saw 5.44 inches of rain in a single day, breaking the area’s 24-hour-period record. In northern California, and even down into the Central Coast region, torrential rain was recorded.

Those rains likely did have some positive environmental and health effects in northern California. The rain effectively extinguished what remained of the active Caldor Fire, and according to DTN Progressive Farmer, it raised the water levels in the Oroville reservoir by 20 feet. It’s pretty likely that, in northern California, the rains were thorough enough to mark the end of the year’s fire season, which would typically end around this time of year anyway.

In southern California, though, the environment is totally different. Los Angeles International Airport (LAX) also recorded a daily record on Monday, but that record was only 0.39 inches of rain. Southern California’s climate is generally much hotter and drier than in northern California, which could be compounded by the presence of the Santa Ana winds, notorious for spreading wildfires.

The extensive rain, all falling in a shortened period of time during a drought, has meant that flooding and landslides have been quite common over the past week; the powdery soil, unstabilized by roots, is prone to severe erosion.

It’s also not generally believed that the rains will “end” the ongoing drought in any real way. A geography and drought expert with whom DTN Progressive Farmer spoke  suggested that something like 200 percent of typical precipitation would be needed over the next three months in order to really combat the drought. The winter, in fact, is still projected to have lower precipitation than average.

This story reports that about 2.5M acres burned in 2021. According to research recently published by the Forestry School at UC Berkeley, “in normal years” about 4M acres would burn. According to the study, there are about 48M acres of California land where the plant communities are adapted to wildfire. What changed “normal” was Europeans moving into the state. For 1000s of years before Columbus, Indigenous peoples, and lightning, burned most areas regularly. In the 1850s Europeans made native burning illegal in California. Smokey the Bear said every fire should be put out. This allowed fuel levels to build up… Read more »

Related
Food & Drink
Global Shortage Causes Québec to Releases Half of Its Strategic Maple Syrup...Dan Nosowitz
Environment, Politics
EPA Erases Trump-Era ‘Waters of the United States’ RuleDan Nosowitz
Environment
Extreme Floods In Pacific Northwest Send Farmers Into CrisisLindsay Campbell
A Message About Black FridayModern Farmer
wpDiscuz
We use cookies on our website to give you the most relevant experience by remembering your preferences and repeat visits. By clicking “Accept”, you consent to the use of ALL the cookies.
Cookie settings ACCEPT
Privacy & Cookies Policy