African Swine Fever Is In the Americas - Modern Farmer

African Swine Fever Is In the Americas

What measures are being taken to ensure the destructive virus doesn’t hit mainland North America? 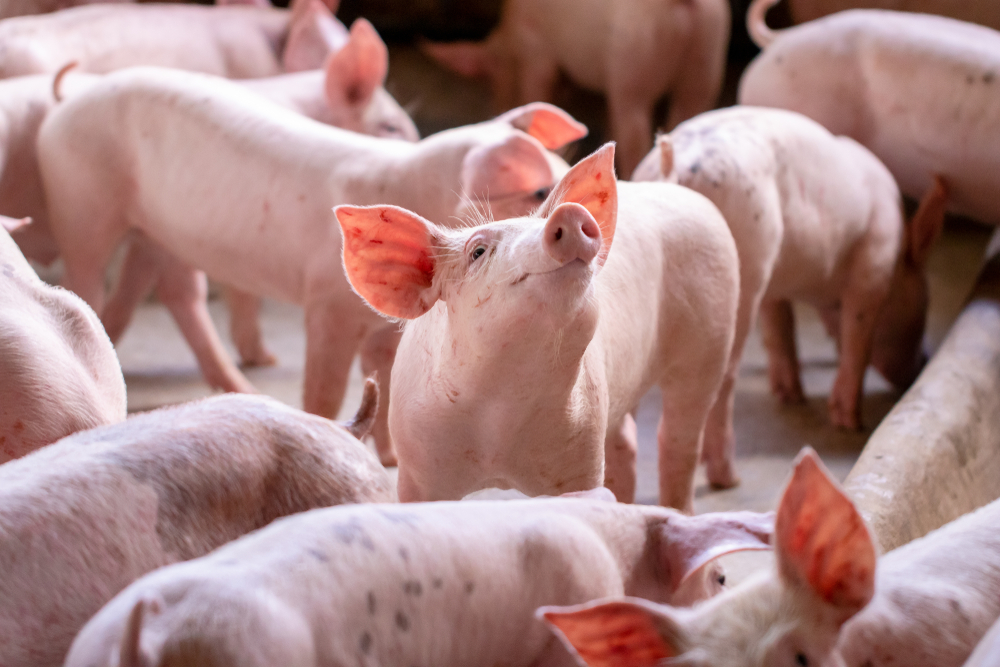 African Swine Fever Virus (ASFV) is considered one of the scariest and potentially most damaging diseases worldwide for hogs. Fortunately for the United States and Canada, no outbreaks have ever been reported. But it’s now, according to Reuters, nearby—in the Caribbean.

ASFV is an abnormally destructive virus, typically causing death within just a few days of infection. It’s not dangerous to humans, but it spreads so quickly and so thoroughly that outbreaks are treated extremely seriously. When it was first found in Europe in the 1950s, widespread slaughtering was used to halt the spread of the virus; the same thing happened in China in the mid-2000s when it was first found there.

It’s a terrifying prospect economically, not just from the lost revenue from slaughtered hogs but also because many nations will simply not import hogs from any country known to host an outbreak, for fear of transmission.

In July, the Dominican Republic reported the first case of ASFV in the Americas in nearly four decades. The big fear at that time was that it would spread, and last month, Haiti reported its own outbreak. As those two nations share an island, transmission is perhaps not a surprise, and no other outbreaks have yet been confirmed in the Caribbean or on mainland North America.

Even so, the USDA, state agricultural departments and private entities such as the North American Meat Institute and Tyson Foods have been working to institute protective measures and plans. According to Iowa Public Radio, several of these groups took part in an exercise simulating an outbreak. The United States, which had already barred pork imports from Hispaniola due to previous swine fever outbreaks, is, according to Reuters, “increasing inspections for illegal pork on flights from Hispaniola and making sure airplane garbage is properly disposed of.”

Also in the United States, work is progressing on a possible ASFV vaccine. The USDA says that one of the vaccine projects the department’s Agricultural Research Service had been working on “has been shown to prevent and effectively protect both European and Asian bred swine against the current circulating Asian strain of the virus.” There’s no word on when the vaccine might be available—there’s still a lot of testing to be done—but it certainly sounds promising.

Is this disease under control in China yet?

Related
Environment
Maryland Attorney General Sues Monsanto for Environmental DamagesDan Nosowitz
Food & Drink
Global Shortage Causes Québec to Releases Half of Its Strategic Maple Syrup...Dan Nosowitz
Environment
Extreme Floods In Pacific Northwest Send Farmers Into CrisisLindsay Campbell
A Message About Black FridayModern Farmer
wpDiscuz
We use cookies on our website to give you the most relevant experience by remembering your preferences and repeat visits. By clicking “Accept”, you consent to the use of ALL the cookies.
Cookie settings ACCEPT
Privacy & Cookies Policy