Ladybug Odor Could Be a Great New Pesticide

Maybe cologne, too, who knows. 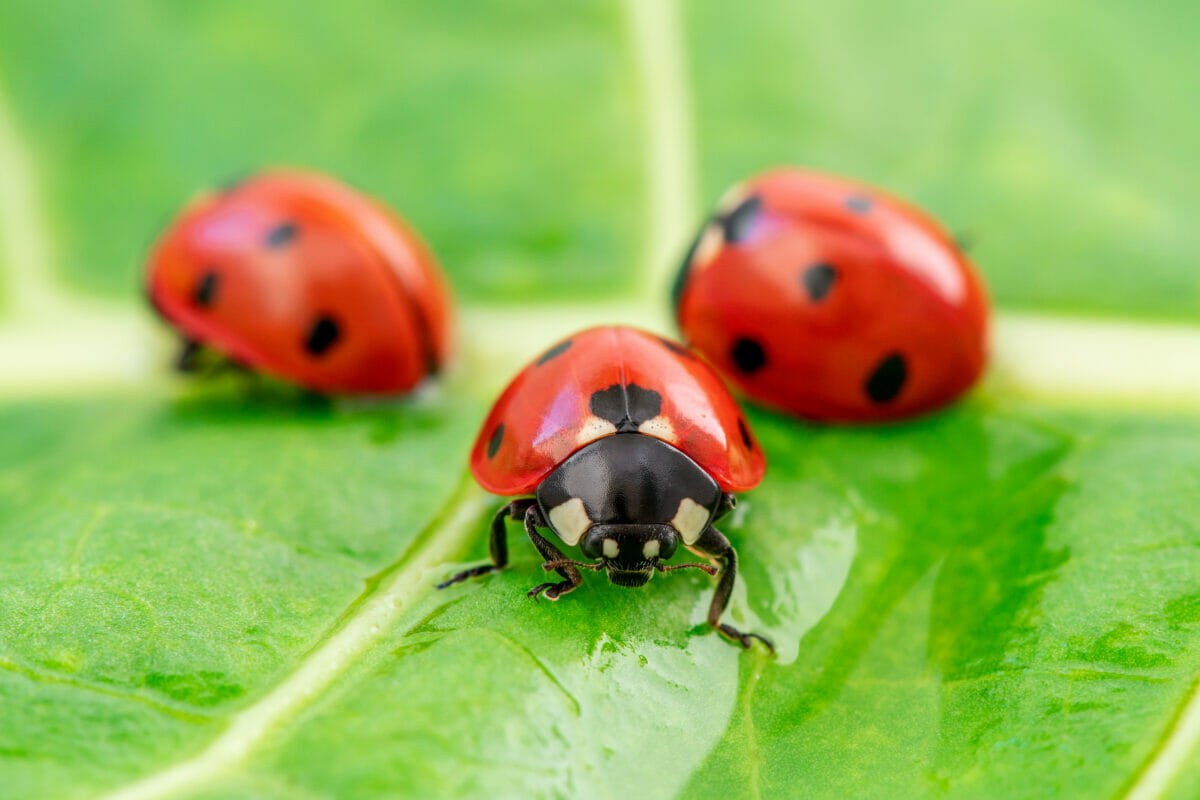 Commercial farmers and home gardeners alike know the deep annoyance and damage that aphids can cause.

One highly effective, environmentally safe and adorable method for fighting aphids is to release ladybugs into an affected area, as ladybugs will prey on aphids. The aphids, though, know and fear ladybugs, and researchers at Penn State University have figured out a way to use that fear against the pests. That method? Ladybug odor.

Beneficial insects, including mantises, damselflies and ladybugs (and spiders, although they aren’t insects), have been a fundamental part of agriculture and gardening for longer than we’ve even had a phrase for what they do. (If you’re looking for tips on how to attract them, check out this piece.) Ladybugs can be easily purchased online, but they aren’t always an especially effective method of pest control, especially in non-netted outdoor areas, because, well, they’re living beings with agency, and sometimes they fly away.

The researchers from Penn State, though, were more curious about aphids and the aphid reaction to ladybugs. In previous research, lead author Sara Hermann had discovered that aphids have physiological reactions to the presence of ladybugs: They leave areas when they detect ladybugs around, slow their reproductive rate (what’s the point of reproducing where there are voracious predators around?) and even sometimes grow wings to fly away.

Hermann and her team then set out to create a sort of scent-based weapon based on that information, a diffuser that could scatter a custom blend of hostile ladybug odors. There’s still field testing to be done, but the research is extremely promising: This could be a sustainable, low-impact way to discourage aphids from settling in on crops and gardens, without the hassle of trying to keep ladybugs on your property.

Any news on how the ladybugs react to the odor of “other” ladybugs? Are they territorial and this would discourage the presence of the real ladybugs?