How California Wildfires Are Affecting Vineyards

A string of heavy fire seasons is worrying for farmers and winemakers, who are now grappling with a grape affliction known as smoke taint. 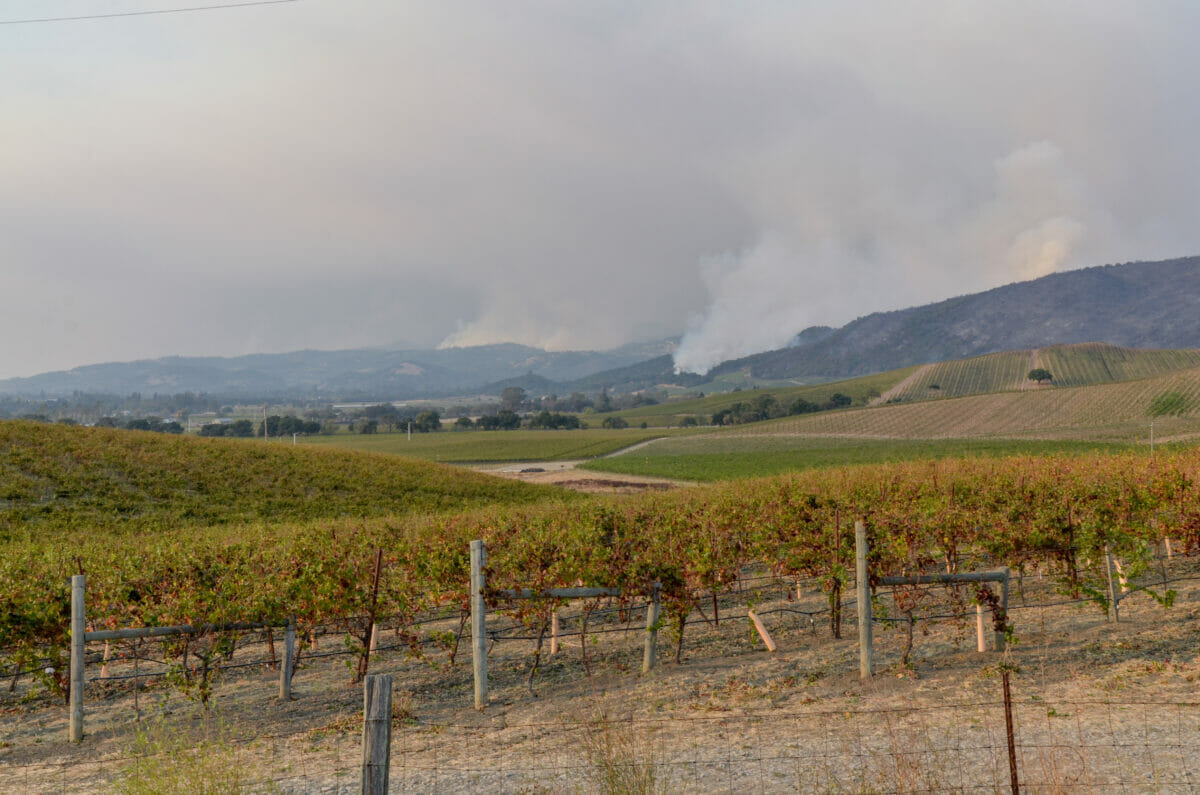 Fires are a fact of life in California, but the severity and volume of the fires lately are causing major problems for one of the state’s most important agricultural crops: grapes.

Winegrape growing is a fundamental and significant part of the agricultural output of the most important agricultural state in the country. The California wine industry is worth more than $40 billion each year and employs tens of thousands of people, from planting to harvest to processing to sales.

Over the past five years or so, fires have steadily risen in severity and length. In 2020, massive fires throughout Northern and Central California, which impacted famous wine regions such as Napa and Sonoma counties, significantly damaged wine grape crops. This year, the Caldor Fire became just the second known wildfire to have ever crossed the Sierra Nevada mountain range; the first occurred just a few days earlier. It is still burning today, having taken more than a month for more than half of the fire to be considered contained, and it has burned more than 200,000 acres in El Dorado and Amador counties in Northern California.

Wildfires have two main effects on grape operations. The first is short-term damage, which includes literal burning of the vineyards, damaged structures and buildings, as well as evacuations of workers. The second is something known as smoke taint, which can affect grapes if they’re still hanging on the vines at the time of a fire, causing flavor alterations due to smoke exposure. Wine Enthusiast has a great article looking into the science behind smoke taint, which can be very subtle and difficult to discern. Winemakers may not know that their grapes have been damaged or whether corrective efforts—such as pressing more gently, removing skins during maceration or making an entirely different style of wine with those grapes—have kept the wine saleable until a lot of money has already been spent.

Earlier this week, the House of Representatives passed a national aid bill that would, among other things, provide $10 billion to compensate farmers and agricultural producers for losses incurred by disasters such as fires. But, according to the San Francisco Chronicle, there are a few obstacles to an effective aid package. One is that the bill, written by Democrats, would have to pass in the Senate, where Republicans hold a higher percentage of seats, although the Democrats do still have a majority (owing to the tie-breaker held by the Democratic vice president). Another issue pointed out in that Chronicle article is whether the bill would actually allow farmers to recoup; it compensates for lost grapes but not necessarily for grapes that carry smoke taint into the winemaking process.