Study: There Are Ways to Dramatically Reduce Agricultural Water Pollution

We just have to do them. 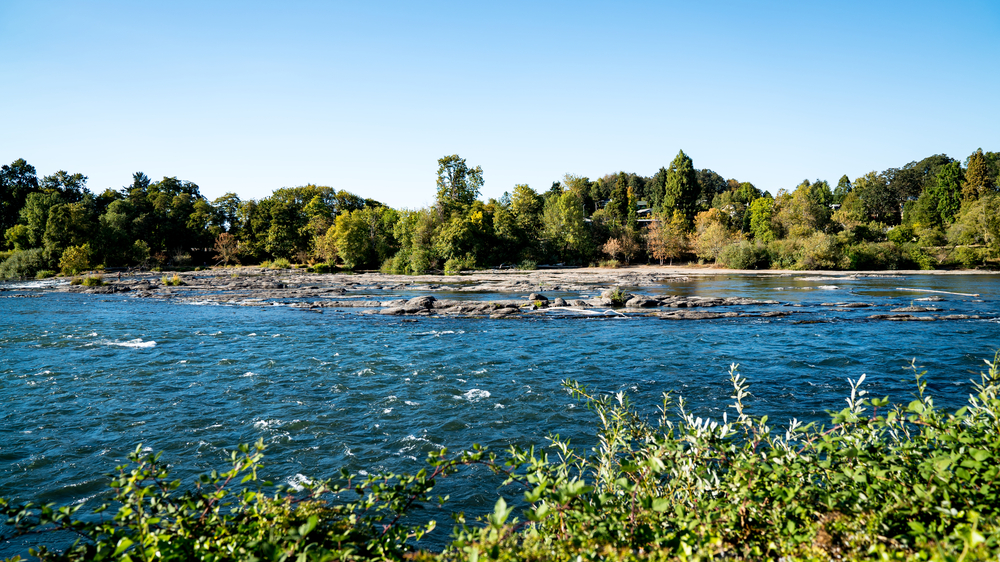 According to the EPA’s National Rivers and Streams Assessment, only 26 percent of the country’s waterways are considered to be in good condition for fish; for macroinvertebrates, it’s only 30 percent.

Agriculture is a major water pollution culprit, thanks to runoff from fertilizers and pesticides, increased erosion and development. The EPA found that agriculture is the top known polluter of rivers and streams and a significant polluter of lakes and ponds. But a big new survey from researchers at Oregon State University says it doesn’t have to be that way. The study looked specifically at how agricultural practices can affect these waterways and what low-hanging fruit might be available to lessen the negative effects.

The EPA’s assessment found that 48 percent of water quality impairment in American surface waters is attributable to agriculture. There’s lots of more detailed research on that; the authors of this paper point out previous findings, just for example, that in the Willamette Basin of Oregon, agriculture is responsible for 80 percent of river impairment despite being present for only 30 percent of the length of these waterways.

The researchers reviewed more than 40 individual case studies on the effects of agriculture on water pollution, which are mostly localized, to try to tease out some broader themes and possible solutions. One major issue is that agriculture is tougher to pinpoint and address than, say, a polluting factory. For a factory, pollution comes from one place, and its effects are easy to find and monitor. Agriculture’s effects wash in with rain and irrigation, and occur in comparatively smaller levels over a larger geographic space, making it awfully hard to analyze.

There are lots of conclusions and data points from this survey. The paper found that “although the objective of the Clean Water Act (CWA) is to ‘restore and maintain the chemical, physical and biological integrity of the Nation’s waters,’ that will be impossible without controlling agricultural pollution.” The researchers point out that agriculture is exempt from many clean-water discharge regulations, that the EPA lacks the regulatory muscle to create plans that could reduce this pollution and that the existing regulations aren’t nearly sufficient to begin with. (The researchers cite some 1980s Ohio EPA work that found that biological impairment was found in half of the spots where no laws were being broken.)

As for solutions, the researchers note the intense difficulty of passing laws that restrict in any way how farm owners use their land; the Waters of the United States rule, which defines waterways, has been one of the most controversial pieces of legislation in recent American history, and the Biden administration is now struggling with it.

The ideal solutions, say the researchers, would involve more substantial buffer zones: areas along a river’s floodplain, called riparian zones, should be protected, providing some distance between agricultural land and the waterways. The researchers note that this is not an easy task, and it would require a great deal of local outreach to convince landowners that they should not use some of their land for agriculture, but that it could have a dramatic effect. “If you look at the sites that are in good condition, it’s because they’ve had watersheds that are protected and riparian zones that are protected,” said Robert Hughes of OSU in a press release.

How about terraced land such is used in Indonesia, China, Vietnam, Portugal?

Popular
7 Smokable Plants You Can Grow That Aren’t MarijuanaBrian Barth
How to (Actually) Get Rid of Fruit FliesEmily Baron Cadloff
What to Do With an Abundance of PeppersShelby Vittek
Yes, the Government Really Does Stash Billions of Pounds of Cheese in...Emily Baron Cadloff
6 Differences Between Llamas and AlpacasAndrew Amelinckx
Explore Modern Farmer
Related
Food & Drink
Food Inflation Is Eating Up Grocery BudgetsShea Swenson
Environment, Plants
Making the Case for IntercroppingShea Swenson
New Census of Agriculture to Survey Internet Access, Precision Agriculture and MoreEmily Baron Cadloff
Animals, Environment
Ugandan Farmers Embrace Maggots as Solution to Fertilizer ShortageShea Swenson
wpDiscuz
We use cookies on our website to give you the most relevant experience by remembering your preferences and repeat visits. By clicking “Accept”, you consent to the use of ALL the cookies.
Cookie settings ACCEPT
Privacy & Cookies Policy