Bad news for cows and farmers in the West. 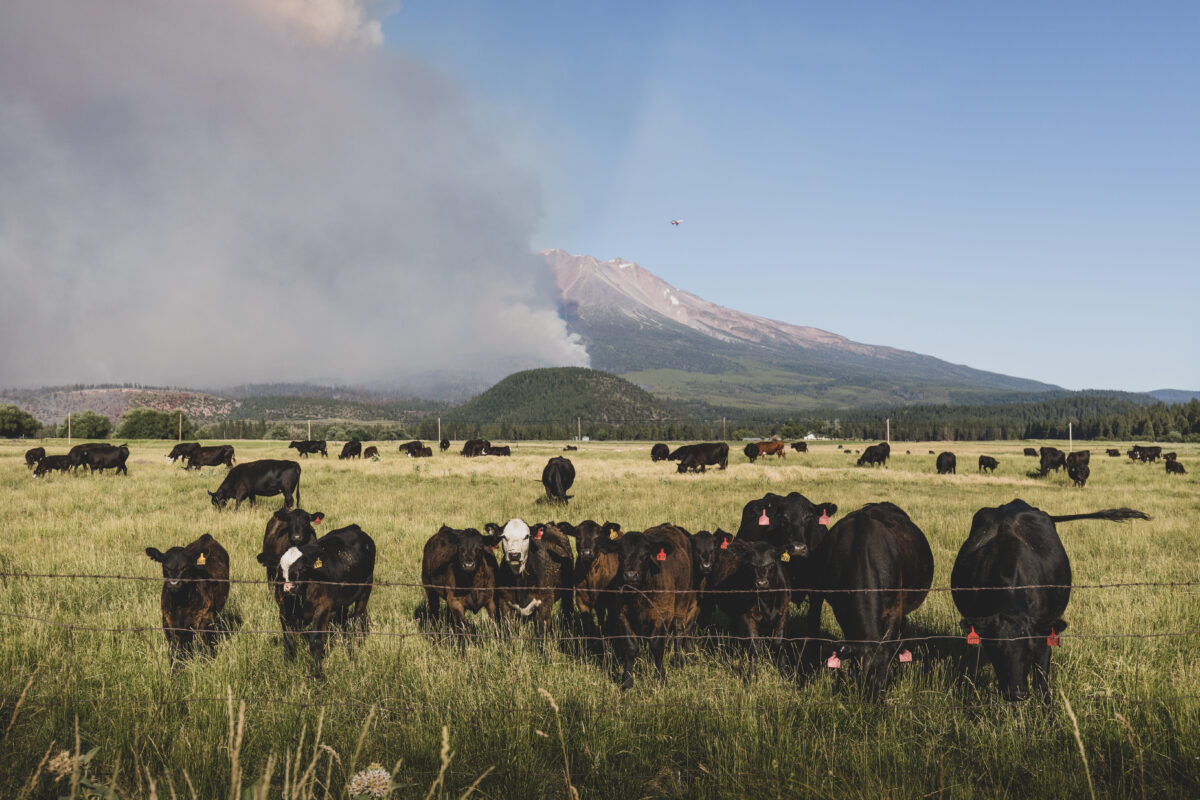 Wildfires have always been a fact of life in parts of the American West, but they’re becoming a larger and more destructive fact.

With those larger and more frequent wildfires comes smoke. Smoke can be harmful for human health, of course, but it’s also dangerous to animals. Recently, researchers at the University of Idaho investigated the effects of smoke on dairy cows. The results aren’t great.

While wildfires are absolutely a natural and fundamental part of the ecosystems of, especially, the Southwest and Southern California, climate change has brought an increase in severity and frequency. A study found that, in California, the number of days classified as dry, sunny and windy (and thus ideal for the spread of fires) has more than doubled since the 1980s. The researchers say that more than half of the acres burned in the American West recently can be attributed to climate change.

California also happens to be the nation’s top producer of milk, followed by Wisconsin (not much fire risk) and Idaho (significant fire risk). Researchers at the University of Idaho have, according to High Country News, collected five years of data from dairy cows in Idaho and Washington state. That data includes milk production statistics, blood samples, body weight and more.

When comparing the milk production of these cows during fire season, with a focus on times when the air quality index was low, the researchers wanted to find out whether smoky air had an effect on dairy production. They found, unfortunately, that it does: The cows produced about three pounds less milk per day, per cow, during especially smoky periods. That figure took weeks to return to normal once the smoke cleared. Dairy cows typically produce around 65 pounds of milk per day.

There are potentially other health problems, too. The researchers, in testing those blood samples, found some changes in immune response and increased levels of inflammation during and immediately following fire season. That’s not too surprising; the EPA notes that exposure to and inhalation of wildfire smoke is associated with all kinds of health risks, from a runny nose to death, and dairy cows are unlikely to have access to a nice HEPA-filter air purifier or particulate mask like humans do. The researchers have more work to do to figure out what those immune markers might mean for the health of the cows, but it certainly bears more investigation.