Indian Farmers Are Producing Apples Where They Never Grew Before

It’s all thanks to the ingenuity of a small grower. 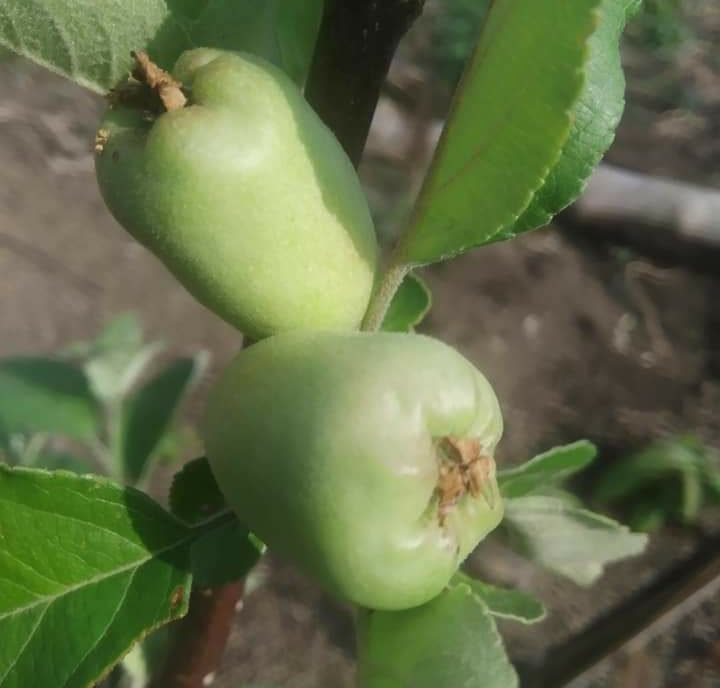 In April 2018, during a holiday trip to Kulu, a city in the northern Indian state of Himachal Pradesh, Abhijit Dhumal came across a tree unlike any he had seen before.

“The tree was full of flowers and had hardly any leaves,” says Dhumal, a sugarcane farmer from the western state of Maharashtra.

Intrigued, he made enquiries and found that it was an apple tree that came from a nursery in that state. He bought 255 apple saplings from the nursery and planted them in December 2018 in his farm in Mukhai village, a place with a hot and dry climate. This June, he had a bounty of apples from the trees that grew from the seedlings. He plans to go commercial next year, when he expects a bigger harvest.

Farmers in this part of India once never dreamed of growing apples. They’re now cultivating the fruit, thanks to the ingenuity of a small Indian farmer called Hariman Sharma.

In 1998, Sharma was surprised to find an apple sapling growing in his backyard where he had thrown some seeds of an apple he had eaten. Apples normally don’t grow in his district of Bilaspur, which is a mere 678 meters (around 2,200 feet) above sea level.

In India, apples were, until recently, cultivated only in the upper terrains of the states of Kashmir and Himachal Pradesh, at an altitude of 1,600-2,500 meters (5,200-8,200 feet) above sea level. These are areas with temperate climates.

Curious, he nurtured the plant until it bore fruit three years later. The apples were small in size, so he grafted a young shoot on a plum tree that was easily available in the area. The grafting was successful, and the trees bore big, red juicy apples.

After several experiments, he settled on the golden delicious variety of apple for grafting in 2004, and he developed a unique self-pollinating apple tree that grows in low altitudes.

“The tree flowers in Feb and the fruits are ready for harvest in June and don’t require chilling,” he says. Typically, apples from Kashmir and Himachal Pradesh require chilling, and they are harvested in late August. Sharma thought that this off-season, no-chilling variety could be beneficial for small independent farmers and tried to encourage them to buy the saplings with little success.

In 2013, the National Innovation Foundation (NIF)—a government agency that looks to foster innovation—heard about Sharma’s apple variety and conducted field trials. The NIF planted around 10,000 saplings on 1,000 individual farmers’ fields and 25 organizations in 29 states from 2015 to 2017. The trials proved successful, and the apple cultivar was named HRMN- 99 after its innovator, Hariman Sharma.

“Sharma selected the best compatible rootstock and scion for long-term sustainability of apple production. Increase in average global temperature might also have moved the plant species to acclimatize to new areas with low altitudes and hot climates,” says Hardev Choudhary, a senior scientist at NIF.

The NIF’s work helped Sharma reach hundreds of farmers. He says he now sells between 200,000 and 300,000 saplings each planting season.

Unable to sustain their families on rice and vegetable farming, farmers in Shingkap village in the northeastern state of Manipur are some of his biggest customers. One of these farmers, Blessing Jajo, started researching ways to improve his income, and along with his brother, Yuireichan Jajo, met a research co-ordinator from the NIF who told them about HRMN-99.

They convinced 40 farmers from the village to come together to grow the HFMN-99. In 2019, they bought and planted 4,200 saplings. The NIF co-ordinator trained them to cultivate these apples, teaching them about methods for pruning, mulching, grafting and disease prevention.

Several trees bore apples at the end of the first year, a sign of success according to Yuireichan Jajo. “Many people thought the apple trees will not grow, so they didn’t join initially,” he says. “But this year, another 100 farmers joined us. We now have 13,000 saplings growing on 420 acres of land.”

This large-scale cultivation of HRMN-99 has prompted several farmers across the country from the dusty plains of the northern state of Rajasthan to the hot plateau of Telangana in southern India to take up apple farming.

“The success story of this apple variety gives a new horizon for research on other temperate fruit crops to mitigate the adverse situations that arise due to global warming,“ says Choudhary.

“The apples were small in size, so he grafted a young shoot on a plum tree that was easily available in the area. The grafting was successful, and the trees bore big, red juicy apples.”
I question this, how does one graft an apple shoot to a plum tree? They are not genetically close enough to graft successfully. Malus and Prunus are different genera of plants.

Neat! A win-win for everyone. Producers gain income, and the consumer gets more variety in the diet. Hope these apple trees go all over India.

these look like pawpaws. I believe they are called custard apple in India.

Amazing.
How two distant genera plants be grafted. Scientists should come forward to explain and confirm.

these look like pawpaws. I believe they are called custard apple in India.https://kinhnghiemxoso.com/lo-cam-la-gi-cach-choi-lo-cam-nhu-the-nao-de-trung-lai-cao/