Agri-Business Corporations Are Trying to Save The Environment. Or Are They? - Modern Farmer
Environment

Agri-Business Corporations Are Trying to Save The Environment. Or Are They?

How can you tell which agriculture projects are advancing sustainability and which are greenwashing? The lines are blurry and getting blurrier. 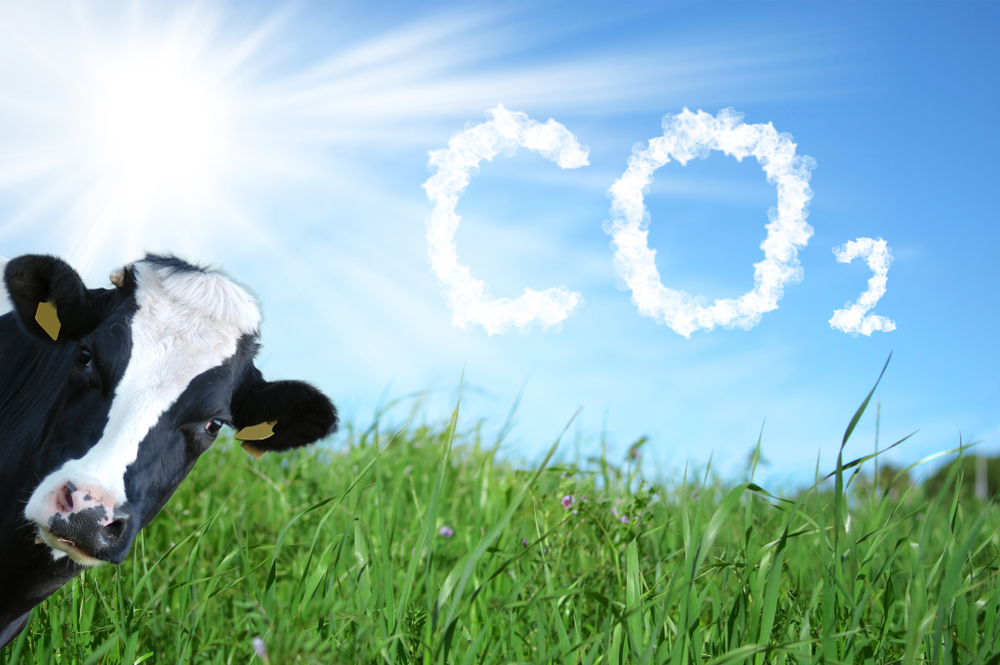 In the early 2000s, a Starbucks ad struck a nerve with consumers and environmental activists. The ad promoted fair-trade coffee, then a burgeoning idea in the industry. The claim that Starbucks bought and served fair trade coffee was true, but it actually made up less than 15 percent of its total purchases.

The promotion landed Starbucks in hot water, and it ended up pulling the ads while publicly committing to increase its purchases of fair-trade beans. By the mid-2010s, about 96 percent of its coffee would be ethically sourced and certified through an external auditor.

The ad is a classic example of agricultural greenwashing: promoting an environmentally friendly or sustainable initiative, to divert attention away from other, more harmful business practices. It generally makes liberal use of trendy buzzwords, but it doesn’t have much substance. Or worse, whatever benefits are presented have a hidden cost. At best, greenwashing is unintentional, just an attempt to highlight a net-positive enterprise. At worst, it’s targeted, misleading and used as a shield for corporations to hide their other, more destructive practices.

Even the term itself is broad, and its definition is hard to pin down. As such, examples of greenwashing range from egregious to confusing. It was coined in the 1980s; in the decades since, it’s become a bigger and bigger part of the agriculture sector. There are “safer pesticides,” precision applications in fertilizer and goals to reduce greenhouse gas emissions. They come from small companies to multinational corporations and, on the surface, most of them sound pretty good. But Ben Lilliston, director of rural strategies and climate change at the Institute for Agriculture and Trade Policy, would urge a second look at these pledges.

“I would argue that in each of those cases, this is the industry trying to get out ahead of potential regulation or regulatory action from government to restrict how they operate,” Lilliston says. In other words, these environmentally friendly announcements are just as much about good publicity as they are about saving the planet.

Today, a popular focus for sustainability efforts is regenerative agriculture, which aims to sequester more carbon in the soil and reduce greenhouse gas emissions. Lilliston says, for instance, that it’s becoming common in the dairy industry for companies to talk about reducing their emissions intensity, meaning there are fewer emissions per gallon of milk or pound of meat the company produces. “And that may be so,” Lilliston says, “but what we really need are overall emissions. It’s possible that if you keep expanding production, your overall emissions rise but your emissions intensity decreases. That’s one of the ways that they sort of fudge the numbers.”

Or, maybe it’s easier for companies to just redefine buzzwords and trendy terms to fit their own needs. What does “sustainable” even mean in the context of an advertisement? John Ikerd, professor emeritus of agricultural and economics at the University of Missouri, says he watched that happen with the term “organic,” as the word’s original meaning was tied closely to living systems and community building. But those qualities are hard to put into an annual shareholder report. “You can’t quantify social responsibility or ecological integrity, so you get down to things that you can measure and quantify,” Ikerd explains. “Then the corporations, if they meet those new standards, regardless of the overall ecological integrity or social integrity, they can label [their products] as organic.” Ikerd notes that most organic products in the average grocery store, from eggs to vegetables, are still produced within a huge industrial system, although the term organic can connote something much different. An organic egg, for instance, doesn’t necessarily come from a free-range chicken.

As the United States edges closer to its goals laid out in the United Nations Paris Agreement, (cutting overall greenhouse gas emissions 26-28 percent below 2005 levels by 2025), there are more government and private initiatives proposed, looking specifically at greenhouse gas emissions and carbon sequestration. One recent example is a partnership between Cargill, one of the largest global food producers, and A&W, a Canadian fast-food chain, along with ALUS, a nonprofit that supports farmers and ranchers who prioritize conservation. This partnership, the Grazing Forward campaign, will target beef ranchers across 6,000 acres and aims to sequester more than 12 million megatonnes of greenhouse gas emissions, along with purifying water sources and regenerating soil in the area. Heather Tansey, a sustainability director for Cargill, describes the process of intensive grazing, followed by long rest periods, that stimulate prairie root systems. “Sometimes, cattle grazing is really the best use of the land,” she says. “Those ranchers can go and actually restore that land back to native grasslands. And that way, you’re restoring the ecosystem, you’re creating an environment where other wildlife thrive, and you also have that carbon sequestration piece.”

It’s a nice goal, and one that Cargill is sincerely championing. But will the impact of restoring prairie lands make a difference over only 6,000 acres? Tansey acknowledges that there is room to grow, and notes that there are similar initiatives around the world, including a million-acre partnership with Walmart in the northern Great Plains. But she also sees projects like this as a starting point. “Producers are innovative. We know that many of them want to do these practices, but, sometimes, the cost of starting them is a barrier,” Tansey says. Electing to be part of a project like this allows ranchers to try out new techniques with support, which Tansey hopes inspires others to make changes as well. “So, when ranchers are looking at these projects, they’re actually helping their businesses to be more successful. And by doing that, we know that we’re going to be able to self-scale these things,” she says.

But with any new initiative or announcement, Lilliston says, there are always questions you can ask to determine where you think they fall on a greenwashing scale. “How big is it really, in terms of production and purchasing, in comparison to [the whole operation]? And you want to look at the details. Are they started within a regenerative system but finished in a feedlot? Are they measuring the full climate footprint?” he asks.

Charles Francis, a professor of agronomy and horticulture at the University of Nebraska-Lincoln, agrees, and he adds that one way for consumers to make these types of judgments is to look at the company’s mission statement. “See if what they are doing, what they’re proposing, is in concert with the mission statement,” he says. “I would also look at their track record on past projects, what kinds of other things have they done and what have been the reports.”

Policy can help curb greenwashing. Lilliston says he’d like to see a shift to stronger regulation and fewer exemptions around clean water and air for factory farms but that the industry is generally moving in the right direction.

Ultimately, there will always be some form of greenwashing in the agri-business sphere, because these initiatives are partly about public relations and work to position a company or product in the best possible light. But Lilliston, Francis and Ikerd all agree that there’s a reason to be cautiously optimistic about greenwashing: It shows that companies are listening to the public.

“Even if we believe that they’re telling a false narrative, it reflects that they are feeling pressure and feel that they have to respond and demonstrate in some way publicly,” Lilliston says.

When asked about a perception among small farmers and others that initiatives such as Cargill’s could be considered greenwashing, Tansey said that the partnership with A&W and ALUS is both good for the environment and the company’s bottom line. “Climate change is a global issue that we have to address if our businesses are going to continue to succeed into the future,” she says. “So, this is something that we’re doing both because it’s important and our consumers and customers care about it. But it’s also important to Cargill’s business and it’s about our values as a company.”

And for now, that’s a good thing. It means that companies are responding to industry changes and pressure, and consumers can use that to see real results.

…it will take the CONSUMER and time to really change their processes…never forget…this is and always has been about their…MONEY..! Farming created their problems and farmers must fix it…one thing we all agree upon is this…The animals are doing nothing wrong…it’s their…OWNERS..!