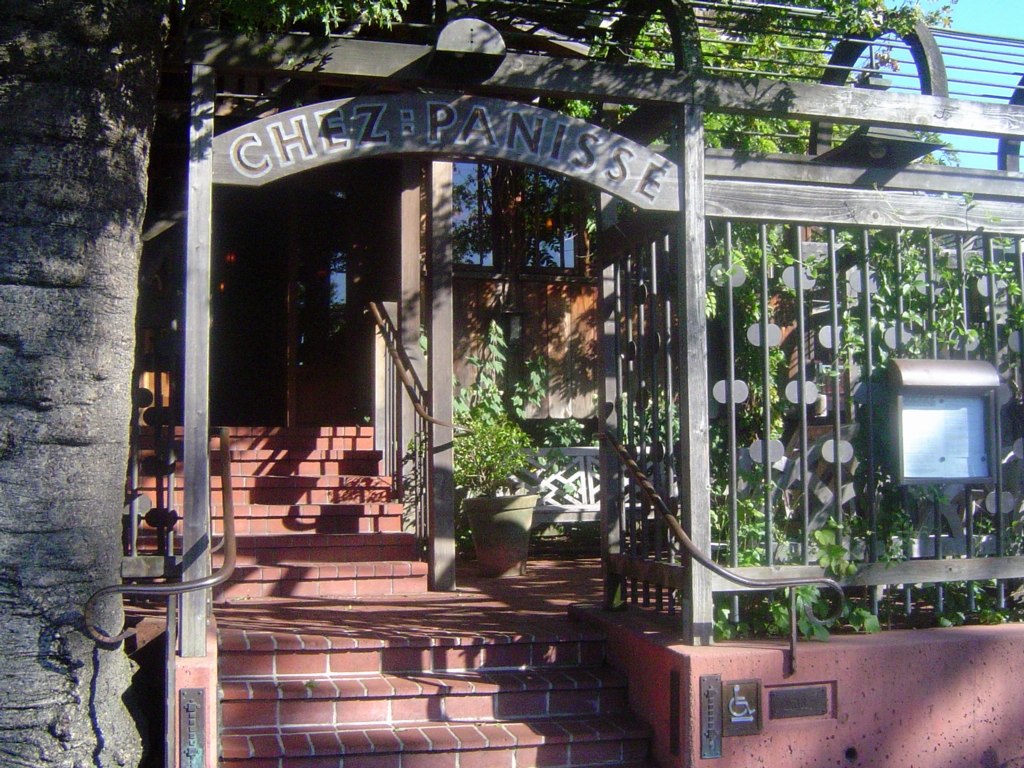 When a small restaurant called Chez Panisse opened its doors 50 years ago in Berkeley, California, it wasn’t obvious that it would change how Americans thought about eating. The first menu on Aug. 28, 1971, was pâté baked in pastry, duck with olives, a salad and an almond tart, served for a fixed price of $3.95. There were too many waiters and not enough utensils.

But this seemingly quirky eatery’s food was more vivid and flavorful than that of French restaurants that were more elegant and expensive. Alice Waters, who founded and still runs Chez Panisse, didn’t invent gourmet food; as I write in my book Ten Restaurants that Changed America, her great innovation was to orient fine dining toward primary ingredients.

Today, Americans value local, seasonal and artisanal products on restaurant menus and at the market. The importance of starting with good-quality ingredients seems so obvious that it’s hard to understand why this was an alien idea 50 years ago.

Despite some grumbling about tasteless tomatoes, restaurant diners and shoppers in the 1970s cared primarily about low prices and the availability of a variety of products regardless of season. Where food came from and even what it tasted like were less important.

In 1970, the food writer Mimi Sheraton commented, “You can’t buy an unwaxed cucumber in this country … we buy over-tenderized meat and frozen chicken … food is marketed and grown for the purpose of appearances.”

At that time, high-end dining was still defined, as it had been for 300 years, by France. There, basic products such as chickens from Bresse, oysters from Belon or saffron from Quercy were exemplary and sought-after. Elsewhere, imitators were more preoccupied with sauces, technique and fashion than with what actually went into their dishes.

Even if chefs wanted better raw materials, the industrialization of US agriculture and livestock production made them difficult or impossible to find. Dining at the Pavillon, a 1962 book about New York’s Le Pavillon, quoted its notoriously arrogant owner, Henri Soulé, ruefully observing that he was unable to obtain things that the ordinary French shopper took for granted: young partridges, primeurs (early spring vegetables), Mediterranean fish like red mullet or rascasse and properly aged cheeses. In the United States, alas, “Everything is fresh all year round and is never quite fresh, if you see what I mean.”

Waters firmly believed that a restaurant could be no better than the ingredients it had to work with. But she struggled to find high-quality foods. Produce was the hardest, and attempts to create a farm run by the restaurant failed. Besides a few Chinese and Japanese markets, the restaurant had to depend on urban gardeners and foragers who knew where to find wild mushrooms and watercress. In 1989, Waters still found it challenging to obtain good butter, olives or prosciutto.

Chez Panisse’s menus were carefully faithful to French models in its early years. Then, between 1977 and 1983, the restaurant gradually shifted to what would become its focus: “California” or “New American” cuisine. Beef bourguignon and duck with olives were out; spicy crab pizza and warm goat cheese salad were in. As farmers and foragers realized there was a market for seasonal local products, they started producing for it – laying the foundation for today’s farm-to-table movement. 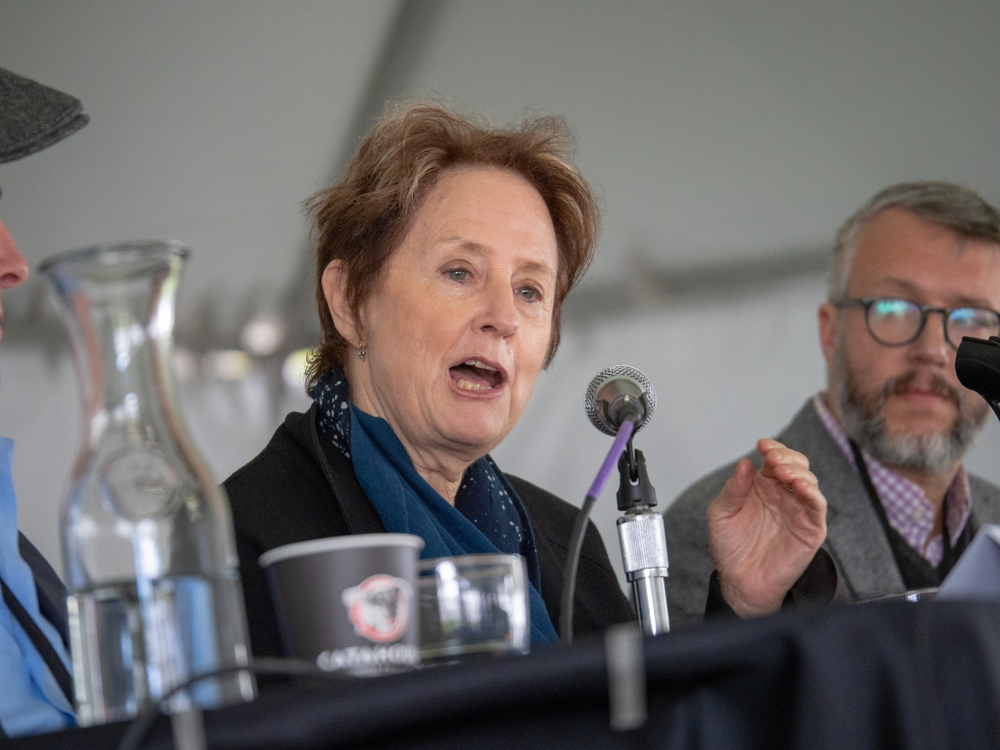 Alice Waters speaks at a panel about cooking and food at the 2018 Bay Area Book Fest in San Fransisco. Photo by David Tran Photo/Shutterstock

Many other California restaurants and chefs helped catalyze this revolutionary turn to local ingredients and an eclectic aesthetic. Chez Panisse alumni Mark Miller and Judy Rodgers went on to found new restaurants that explored beyond the modified Mediterranean aesthetic that inspired Waters. Another Chez Panisse veteran, Jeremiah Tower, created a more aggressively elegant cuisine at his San Francisco restaurant Stars.

But food historians acknowledge Alice Waters’ innovation, persistence and dedication. Joyce Goldstein commented in her 2013 book Inside the California Food Revolution: “I did not set out to write an encomium to Alice, but I’ve got to hand it to her, she drove the train of the ingredients revolution.”

Waters asserted from the start that food from a more local, small-scale agricultural system wouldn’t just taste better – it also would improve lives and human relations. She has been an activist for causes ranging from school food to sustainability to climate change – always drawing connections between better-tasting food and social and environmental healing.

And she has pushed back against skeptics who say that eating locally and organically is affordable only for a small elite. Her response is that access to affordable, decent food from sustainable sources should not depend on wealth or social privilege, any more than decent medical care should be available only to the affluent.

Chez Panisse has been startlingly consistent over its 50-year span. It is at the same address, and the menu is still limited on any given day but changes constantly. The focus on using only the best ingredients is as intense as ever. The meals I’ve eaten there, most recently in 2016, have all been marvelous.

Staying on track in a changing industry

As recent events have shown, restaurants aren’t utopias, however starry their aspirations. In 2017 and 2018 the industry was rocked by the #MeToo movement, which exposed abusive chefs and substandard wages at top-ranked organizations. Restaurants have also faced criticism for wasting food and perpetuating racial and economic inequality.

Restaurants are a historical cultural phenomenon rooted in bourgeois ambition. Expecting them to advance social justice may seem as naïve as expecting collective decision-making in a high-pressure food service environment where the ingrained response to whatever the boss says is “Yes, Chef.”

The nature of culinary celebrity is clearly changing. Against this background, the constancy of Alice Waters and Chez Panisse is all the more impressive. Few restaurants get to celebrate 50 years of service, let alone a half-century combining seriousness of social purpose, loose organizational hierarchy and, above all, simple and delightful food.

Paul Freedman is the Chester D. Tripp Professor of History at Yale University.

Dessert that first night was a plum tart, not almond tart!