The country’s supply chains, we found out, are quite vulnerable. 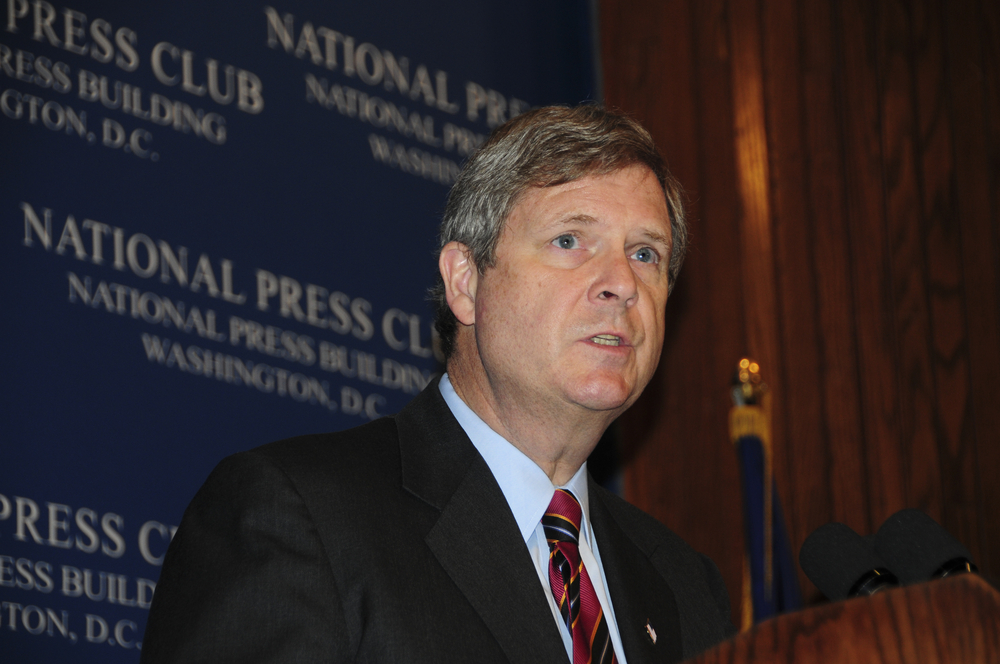 One almost universal effect that COVID-19 had on industries and society as a whole was to shine a light on systemic problems that had always existed.

In healthcare, education, media, communications, and of course in agriculture and food, if there were vulnerabilities before COVID-19, they would become extremely obvious during the pandemic. USDA chief Tom Vilsack announced on Tuesday a broad outline of a plan to make the food and agriculture system less fragile, to fix some of the issues that caused so many problems during the pandemic.

In the case of food and agriculture, one major problem that was exposed by COVID-19 was the rigidity and inflexibility of the American food system. Producers are set up to sell and deliver to, very often, only a single part of the industry and sometimes only a single client. If that client—say, hotels or restaurants—no longer needs their wares, they can’t simply sell to whoever wants to buy. Producers lacked the infrastructure to pack, store and ship, let alone the ability to set up new clientele. This resulted in the dystopian problem of Americans going hungry while farmers were forced to dump food in their fields.

Vilsack’s announcement today provides broad plans for a $4 billion investment in supply chains through the USDA. Vilsack will also be a part of an interagency task force dedicated to studying and improving supply chains; that task force also will include work on transportation and home building.

The USDA’s plans were not laid out in their entirety; much of the specifics will come from the research that the funding itself will provide. But the press release does note a few categories that the $4 billion will be directed to. Those include grants, training and assistance for agricultural workers, as well as expanded access to markets for small and/or disadvantaged producers.

There’s also a note on food processing. Meat producers, amid all the other problems they encountered (and possibly exacerbated) during the pandemic, also had to deal with an unhelpfully centralized system. Over the past few decades, mergers and consolidations have led to fewer small or mid-sized regional plants and more gigantic super-plants that collect livestock from all over the country. If one of them goes down—and many of them did go down during the pandemic—there are huge losses in productivity and no way to make up for them.

“Small and midsize farmers often struggled to compete for processing access,” the press release said. “USDA will make investments to support new and expanded regional processing capacity.” Exactly what those investments might be, and how the USDA hopes to keep small processors open while competing with massive ones, is unclear; Modern Farmer has reached out to the USDA for more details and will update if they tell us more.

UPDATE, June 9, 2021:
A USDA spokesperson responded with the following statement about what its efforts to support more regional processors will involve: “We expect to look to use a mix of loans, grants and innovative financing mechanisms to build and improve small and mid-sized meat processing facilities as well as diversified processing facilities, particularly in areas with persistent poverty or rural areas not served by current private businesses.”