The poop preserved it. 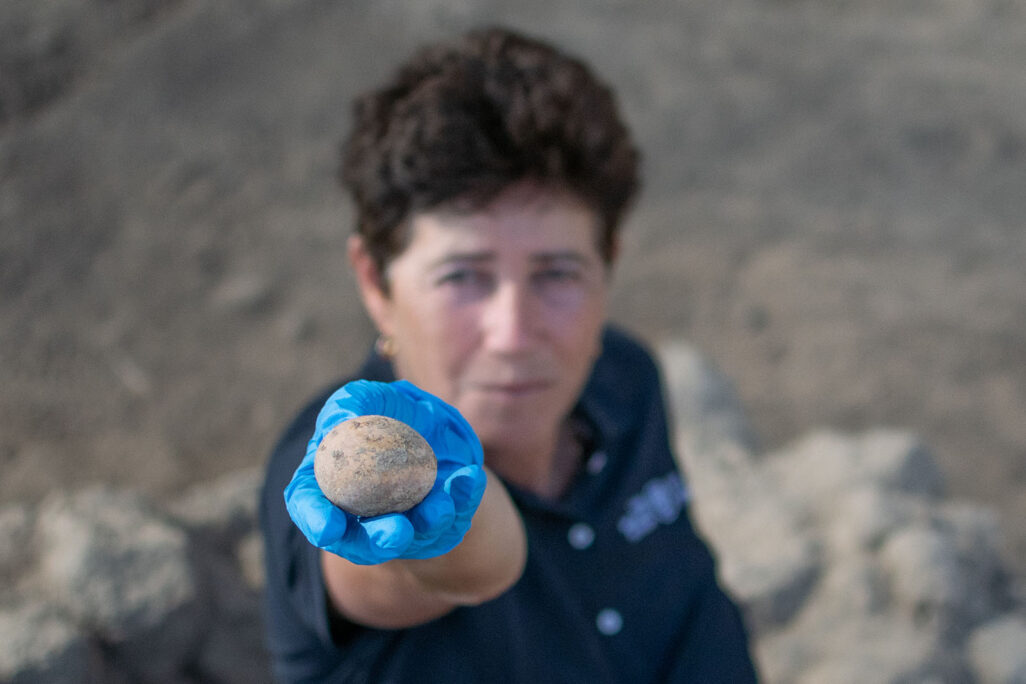 When you start digging in a big hole full of ancient human poop, you may not expect to find anything particularly nice.

And yet, a team of brave and not-easily-grossed-out archaeologists did that digging and found something pretty cool: a basically fully intact chicken egg, dated about a thousand years old.

The Israel Antiquities Authority is in charge of inspecting the land to ensure that, among other things, new construction doesn’t destroy anything archaeologically valuable. This is no small requirement in Israel, which has incredibly ancient settlements. The IAA was doing a salvage operation in an industrial section of Yavne, a city in central, coastal Israel, south of Tel Aviv, where the team of archeologists made the discovery.

Southern Israel actually has some of the world’s earliest records of chickens being farmed and eggs being eaten; fragments of eggshells have been found in Maresha, among other spots. But how did a whole egg somehow survive?

The egg, according to the Times of Israel, was “pillowed” in, well, soft human poop. Human fecal matter is anaerobic and doesn’t allow in oxygen, which can weaken fragile eggshells. Plus, it seems unlikely that too many were interested in digging around in what’s described as a cesspool of human feces, which could have left the egg undisturbed.

Other items found in this excavation included bone dolls, which are typical of the period about a thousand years ago, during the late Abbasid period, prior to the Christian Crusades. Given previous finds in Asia and Europe, it’s theorized that the chicken—native to Southeast Asia—was raised primarily as a showbird or fighting bird and used as a food source only later. Some of the earliest uses of the chicken as food are, at least in the historical record, in the Middle East; eating chicken later spread throughout the Western world.

It is not clear how the egg ended up in a big pool of poop.

Related
Labor
California Farmworkers Embark on 335-Mile March for Voting RightsShea Swenson
Technology
Biden Aims to Bring More Farmers OnlineShea Swenson
Plants
Cultivating Crops, No Sun RequiredShea Swenson
Animals, MTMF
Meet the New York Dairy Sisters Showcasing Real Life on the FarmShea Swenson
wpDiscuz
We use cookies on our website to give you the most relevant experience by remembering your preferences and repeat visits. By clicking “Accept”, you consent to the use of ALL the cookies.
Cookie settings ACCEPT
Privacy & Cookies Policy