The Meditative Joys of Virtual Farming

How a fake farm in Stardew Valley taught me real life skills in 2020. 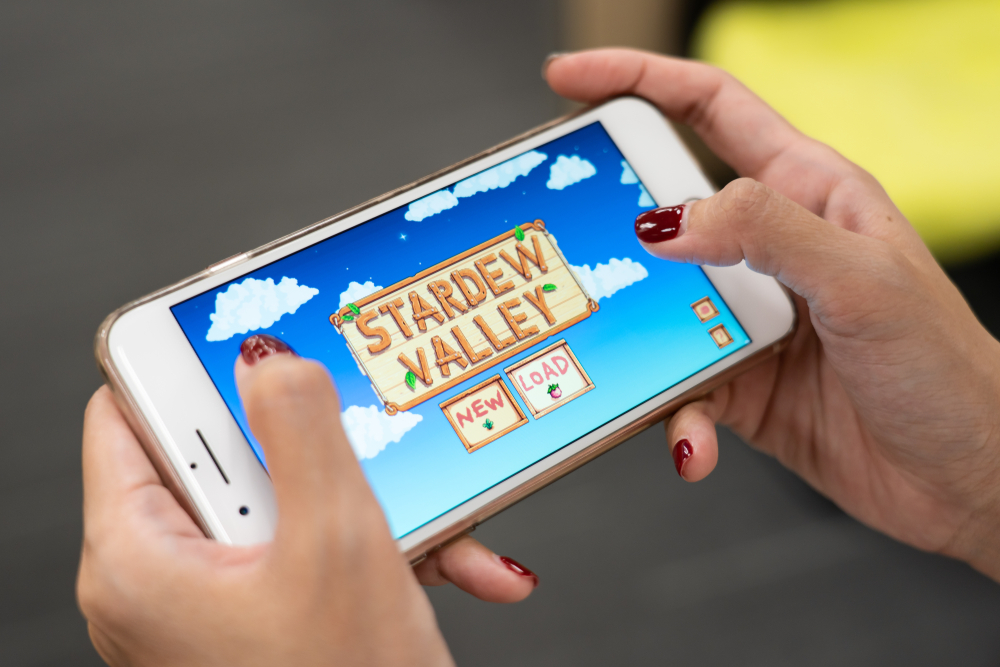 In 2020, my world shrank. In mid-March, so many of the habits and routines I had unknowingly formed were ripped away, suddenly hazardous. I began working from home, which meant no more office chitchat and no more commute. No more movie theatres, restaurants or grocery stores. Instead, I was home. I was always home. The inside of my house was equal parts comforting and confining, with no end in sight.

With nothing else to do, I started a farm. Or rather, I inherited a farm from my grandfather, in a weird hamlet called Pelican Town.

My farm (Apple Jacks Ranch), is a struggling but fertile plot of land by the water. I have a dog, Banjo, and a barn with some cows, chickens and sheep. Next to the barn is a bat cave filled with edible mushrooms, which I’m told is standard for most farms, so I’m just rolling with it. I have fruit trees and flower beds and a bunch of giant boulders that made initial planting pretty difficult, but I knocked through most of them.

The farm takes a lot of work. Every morning I wake up at 6 a.m. I pop out of bed immediately, full of energy and ready to start the day. Depending on the weather and the season, I might need to harvest fruit from my cherry and orange trees or I might head to the shore for some early morning fishing. I forage for herbs and flowers in the fields near my house before heading down into the mines to find minerals and fight the hordes of monsters that troll under the earth’s surface. If you haven’t been able to tell by now, my farm exists in a video game called Stardew Valley.

Honestly, I’m grateful I found such an important task. My farm might be virtual, one of thousands lined up on the Stardew Valley servers like endless rows of wheat, but the routine I gained was a very real gift. In a time when I felt like I was floating aimlessly through my days, I had something to tether me back down to earth. I ran pixelated dirt through my avatar’s hands and felt fully alive.

The residents of Pelican Town are a prickly, cliquish bunch. Some of them are excited to see a new face, like the mayor. He greets me every time I see him, which seems friendly enough, but I also get the feeling he’s taking his campaigning a bit too far. Others are standoffish or even rude, refusing to speak to me even if I’ve just said hello.

I’ve realized I have to win their affection with gifts and trinkets, most of which I can grow and make on my farm. I can turn milk into butter in my churn and I make jams from my fruit trees. I also have a beehive, so honey is an option. I’m not a great cook yet, so most of my meals are fried eggs. But just knowing that I can create something delicious out of little more than a seed has been incredible. I love watching my plants grow, knowing I’m part of the entire food cycle. Plus, I can make wine, which has been a real godsend.

I’m currently wooing Leah, giving her gifts of salad and goat cheese, both hand-crafted by yours truly. She loves the simple things in life and I appreciate a low-maintenance gal.

Connecting to the townsfolk has helped a lot over the last 15 months. In an increasingly isolated time, I’ve remembered to go out, to socialize, to make conversation and try to strike up friendships. Sure, presenting Leah with hunks of cheese isn’t exactly the same as making small talk at a restaurant with a friend, but it’s not totally dissimilar. In Stardew Valley, as in real life, people appreciate the effort.

Working at Apple Jacks Ranch is tiring. I can see how much energy I have as I go through my daily chores, a little bar ticking closer and closer into the dreaded red zone as I work away.

And if I work too hard, or push myself too far, I’ll just fall asleep where I stand. Trust me, passing out in the street, or a field or in a cave fighting unrelenting fire ghouls can really make you take stock of how you’re spending your life.

Having to keep close watch on my energy levels has been a good lesson for someone who has always valued being busy. Keeping busy meant I was wanted and needed, that my services and contributions were important to people. I rarely said no to requests, overextending myself until I wished I could fall asleep where I stood. Now, it’s an automatic fail safe.

I know the farm will take up a certain amount of energy and time commitment each day, so I have to carefully budget the rest. If villagers come to me asking for help with a problem, I have to pick and choose what to take on. Willy wants me to catch him a squid? Sorry Willy, I’m already trying to track down leeks for Evelyn.

My real garden is three square feet of weeds and dirt clods that I’ve neglected for the better part of four years. At one point I had grand plans for a few tomato plants, but then I remembered that I don’t actually like mucking about in the dirt very much.

I don’t have a natural green thumb; it took me decades to figure out how to keep a few houseplants alive. I once had a stalk of bamboo pitch itself off of a window ledge, grimly offing itself rather than staying under my care. I put a lot of energy into keeping my dog happy and healthy. I put slightly less energy into keeping myself and my husband happy and healthy. Anything left over isn’t going to gardening.

But maybe it could. The farm has helped me in a completely unfamiliar time to cultivate routines, remember patience and be persistent when seducing people via cheese. It’s only natural to think it might help me become an actual gardener.

I don’t have any plans to install a mushroom-filled cave or a full apiary in my backyard, but surely I can tackle a tomato or two. Anything can flourish, given some sunshine, water and a little time to grow. And with a newly planted seedling, my world expands just a little bit.

I have interest in having knowledge in modem Agricultural project .. and I have the feeling that I will achieve it here

i love this game