The Final Days of Foie Gras?

The European Parliament is the latest government body to back a ban on the French delicacy. 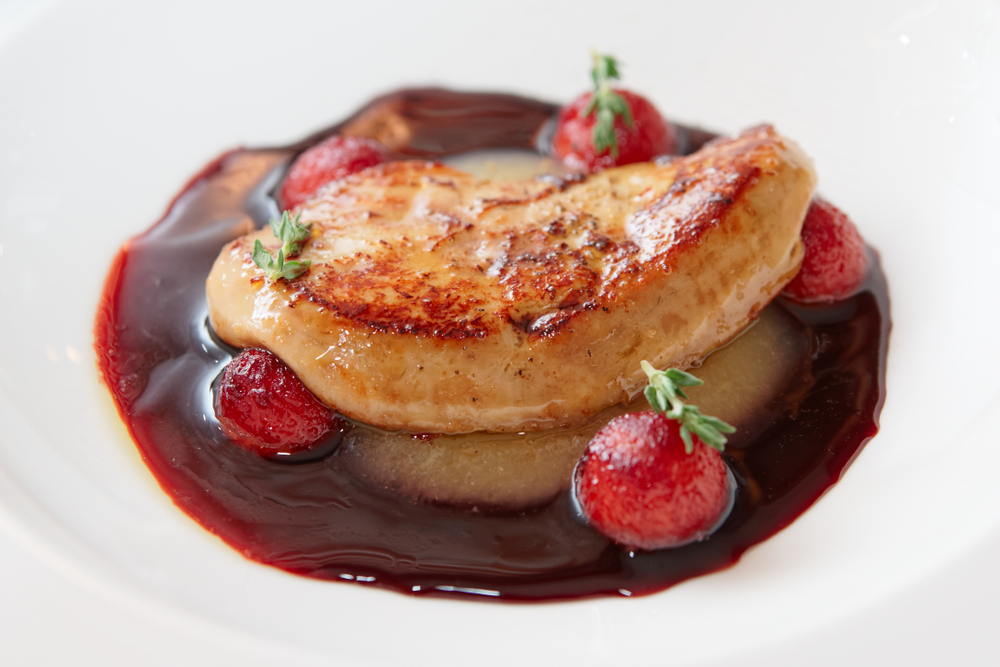 The European Union this week took a small but significant step toward banning the production of foie gras, the French delicacy synonymous with either luxury or cruelty, depending on which side of the table you’re sitting on.

EU lawmaking can be a bit convoluted, particularly for those of us more familiar with how a bill becomes a law on this side of the Atlantic. But what typically happens in the EU is that the European Commission, the executive branch, proposes legislation, which the European Parliament then either approves, amends or rejects. In this case, though, it was the European Parliament that acted first, in effect formally asking the Commission on Thursday to write a law that the assembly and EU member states would then need to finalize and pass. Put another way: A ban on foie gras is now on the European menu—but it hasn’t yet reached the table.

If the EU does ultimately institute a ban, however, the impact would likely extend far beyond the continent. According to industry estimates, 90 percent of the world’s foie gras is currently produced in the EU’s 27 member states.

Translated literally, foie gras means “fatty liver” in French. It is made from the enlarged livers of ducks and geese that have been force-fed through a process known as gavage. This involves inserting a tube down the animal’s throat to fatten them up before slaughter. Animal rights groups like PETA see that as inhumane, while foie gras defenders contend that such concerns are misguided since they anthropomorphize animals with different physiology than humans.

In addition to an end to what it called the “cruel and unnecessary” force-feeding of ducks and geese, the European Parliament also wants to phase out caged farming over the next several years. Already, as Reuters notes, the EU has some of the strictest animal welfare standards in the world, including a ban on battery cages for hens. Nonetheless, the government estimates that the vast majority—more than 90 percent—of the EU’s farmed rabbits are kept in cages. The new rules would cover both animal products produced in the EU, as well as those imported to member states. The resolution also calls for the EU to approve financial measures to help European farmers adopt the stricter animal welfare standards.

The reforms appear to have widespread support in the EU, at least in their current vague form. The parliamentary resolution, which passed overwhelmingly, was prompted by a citizens’ initiative with roughly 1.5 million signatures. Copa and Cogeca, a major farming interest group in the EU, has also signaled support for the new restrictions, with some caveats, as have advocacy groups, such as the Eurogroup for Animals, that have been leading the charge.

Governments around the world have increasingly taken steps to remove foie gras from menus in recent years, including in India, Israel and Great Britain. In the United States, meanwhile, several local and state bans have passed with varying success. The city of Chicago banned the sale of it in 2006, before repealing that law two years later. A statewide ban in California was partially repealed by a federal judge last summer. And a New York City ban is set to start next year.

When they ‘ban’ (impossible to do) goose liver Canada has a better, fatter liver…..seal!…….
If the EU wants to really do something, to end suffering, it can stop exporting alcoholic beverages.

Related
Food & Drink, Plants
The Best Alternative Grain Flours to Have in Your Pantry—If There’s Enough...Pearse Anderson
Food & Drink, Plants
When Sharing Seeds Grows More Than Just FoodShea Swenson
Lifestyle
How to Map the Sounds in Your Garden (And Why You Should)Bridget Shirvell
Politics
Lawmakers Are Exploring Ways to Support Beginning FarmersShea Swenson
wpDiscuz
We use cookies on our website to give you the most relevant experience by remembering your preferences and repeat visits. By clicking “Accept”, you consent to the use of ALL the cookies.
Cookie settings ACCEPT
Privacy & Cookies Policy