From Farm Gate to Restaurant Plate

How a team of researchers is tracking the cost of your food with a new “Global Food Dollar” method. 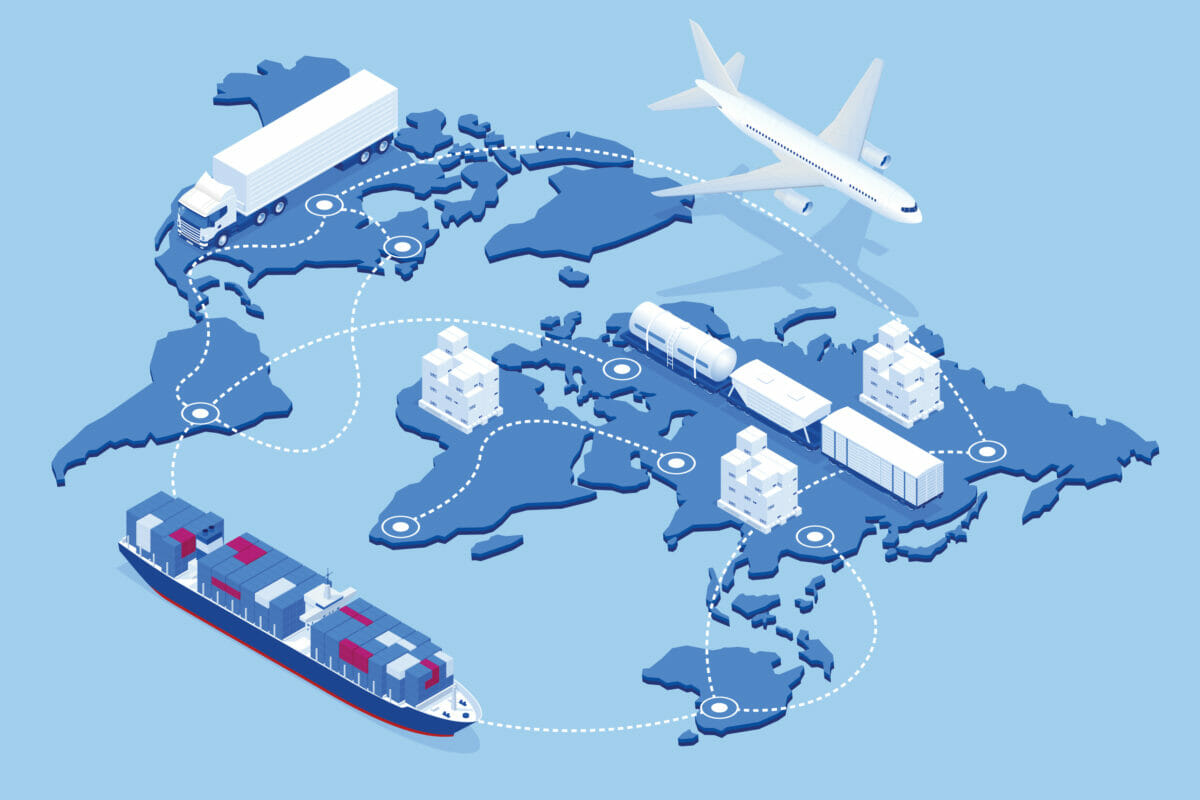 The journey food takes from a farm to your plate (or glass) is often long and winding. That pint of blueberries you bought at the grocery store may come from Chile or Mexico. The coffee beans and tea leaves you rely on for a morning boost of caffeine probably weren’t grown in your backyard. Even if you eat and cook with hyperlocal foods, chances are that every now and then you enjoy a meal out at a restaurant, which may or may not source ingredients as carefully.

Every step of that journey—from a farmer planting a seed in the ground, to a worker stocking a shelf—contributes to what is known as the food value chain.

Many food academics and policymakers tend to focus on the beginning and ends of the chain: food production and consumption. But according to economic researchers at Cornell University, the most costly parts of the value chain are what happens in between.

Their research, just published in Nature Food, has found that farmers receive an average of 27 percent of what consumers spend on foods consumed at home. That number decreases to 7 percent for food consumed away from home, such as in restaurants. In countries with higher income consumers, this share goes down. Researchers say that when consumer income grows, people gravitate toward towns further away from farms and become more willing to pay for convenience, further expanding the chain of stakeholders involved.

“The overwhelming majority of value addition is happening after the farm gate,” says food marketing professor Miguel Gómez, who along with Chris Barrett, professor of applied economics and management, led the team of researchers. “People generally think food issues are farm issues, but they are relatively less important than most people realize.”

The team of researchers tracked the global food value chain by analyzing data collected from 2005 to 2015 from 61 countries, representing 90 percent of the global economy. They estimate that up to 85 percent of the value is created beyond the farm.

Researchers say that not as much attention is usually given to what happens between farm and plate, in part, due to a lack of data and methods to measure what’s referred to as the post-farmgate food value chain.

“It’s hard to track the value as food moves from the farms to the table of consumers,” says Gómez.

To better measure a food’s journey from farm to plate, the researchers developed the “Global Food Dollar” method. Their approach expands on the food dollar series from the USDA’s Economic Research Service (ERS), which measures the amount of money American consumers spend on domestically produced food and breaks down the cost of it. The series has been published annually since 1947, and for several years, Gómez has worked with the ERS to expand the measured categories to include the costs of natural resources, as well as the non-monetary environmental impacts of the food supply chain.

Still, there’s very little data collected about the post-farmgate food value chain. The Global Food Dollar method aims to change that, taking a similar approach as the ERS food dollar series, but adapting and scaling it globally. This would enable researchers to track the value of food not only from farms to consumers’ tables, but through all the processors, wholesalers, retailers and restaurants in between (and across several countries if importing or exporting is involved).

Gómez says this methodology also allows institutions to systematically collect additional data to better understand how food sector policies may affect value between farmers and other members of the supply chain. He adds that the Global Food Dollar also helps determine “how much a food’s cost is due to the cost of employment, or cost of land, and how much of it is profit for the companies.”

The researchers hope to amplify the importance of understanding the monetary impacts of the post-farmgate food value chain, but also the impacts on health, the environment and labor. “We tend to be very passionate about certain issues,” says Gómez, referring to topics such as environmental sustainability, fair pay for workers, diversity and inclusion. “So providing hard data to discuss the pros and cons of doing certain things in the food value chain will be very valuable for companies in the food sectors, but for governments and the farming community as well.”

Popular
Is Agroforestry the Key to Hardier Row Crops?Shea Swenson
7 Smokable Plants You Can Grow That Aren’t MarijuanaBrian Barth
Goat Sex: Everything You Wanted to Know But Were Afraid to AskAndrew Amelinckx
Why Don’t We Eat Turkey Eggs?Dan Nosowitz
6 Differences Between Llamas and AlpacasAndrew Amelinckx
Explore Modern Farmer
Related
Environment, Food & Drink
Where Has All the Mustard Gone?Chloe Faure
Animals, Environment, Technology
Alaskan Salmon Face a Stream of New MinesBecki Robins
Animals, Food & Drink, Lifestyle
The Great (Sticker Shock) ThanksgivingLindsay Campbell
States Mull Limits on Foreign Ownership of FarmlandJohnathan Hettinger
wpDiscuz
We use cookies on our website to give you the most relevant experience by remembering your preferences and repeat visits. By clicking “Accept”, you consent to the use of ALL the cookies.
Cookie settings ACCEPT
Privacy & Cookies Policy