The USDA is ramping up its marquee conservation program as part of its ongoing emissions-cutting efforts. 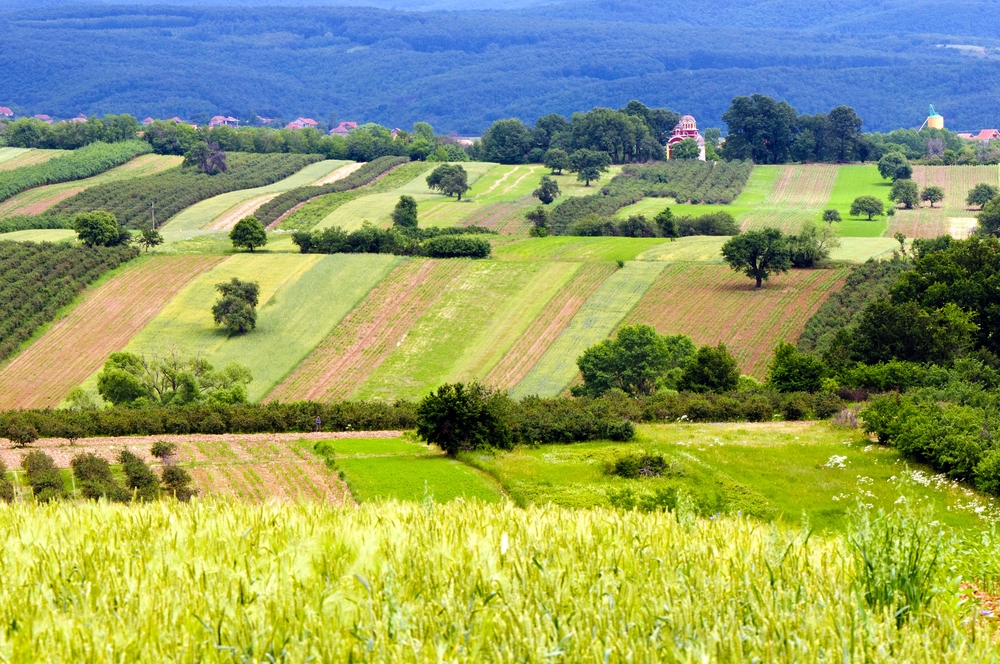 The Biden administration hopes the expansion will take an additional four million acres of farmland out of production.
Photography by Bos11/Shutterstock
Share
Tweet
Pin
Email

The US Department of Agriculture’s marquee conservation program is about to get significantly bigger. The agency this week unveiled plans to boost funding for the Conservation Reserve Program by $300 million a year—good for an 18-percent increase—with the goal of adding another four million acres to the nearly 21 million that are already enrolled.

The green-themed announcement was timed to coincide with President Joe Biden’s ambitious Earth Day pledge to halve US emissions by 2030. The CSR expansion also aligns flush with two of the administration’s other ag-themed efforts: the so-called 30 by 30 plan, which would conserve 30 percent of the nation’s lands and waters by 2030, and the related effort to push the US ag sector to net-zero emissions by mid-century.

The CSR expansion will increase what the government pays farmers and ranchers to take environmentally sensitive land out of production. It will also offer additional cash to incentivize climate-smart practices, such as wetland and wildlife habitat restoration. In a related move, the USDA is also beefing up investment in rural partnership programs and on-farm conservation trials, all with the goal of maximizing climate mitigation from American farmland and forests.

Biden’s decision to make the ag sector a central pillar in his climate strategy has faced criticism from Republicans and some skepticism from farmers. The 30 by 30 effort has been a particular point of concern given that only about 12 percent of US land is currently protected. To reach the 30-percent goal, Biden will need to find a way to add acreage twice the size of Texas by the end of the decade. That has some farm-state officials fretting about a federal “land grab” given the administration has not yet spelled out specifically how it will reach that goal.

The new USDA efforts, however, should allay those fears somewhat given they meet the overarching demand from the farm lobby and the GOP that any such climate efforts be both incentive-based and voluntary. “There’s no intention to take something away from folks,” Vilsack said Thursday when asked by a reporter about the land-grab concerns. “It’s really designed to figure out creative and innovative ways to encourage folks to participate in what I think many farmers and ranchers are already doing—and may very well be inclined to do more.”

The rollout came as Biden was making news of his own by formally pledging that the United States would cut its greenhouse emissions in half by 2050 compared to 2005 levels. That is, to be sure, an ambitious target. But it is also designed to appear slightly more ambitious than it is—fossil-fuel emissions were near a high point in 2005, which makes that year a particularly friendly benchmark—and also may not be ambitious enough to avert the worst impacts of climate change. Still, it’s an important step as Biden tries to convince the rest of the world that the United States is, really, guys we promise this time, committed to climate action.

Meanwhile, the CSR program illustrates just how complicated climate mitigation can be in practice when the entire world isn’t on the same page. Looked at through a narrow lens, the expansion clearly lives up to its climate-smart billing. Farmland and forests have the potential to act as a major carbon sink, sucking heat-trapping gases out of the atmosphere and burying them underground. Zoom out far enough, though, and things get more complicated.

For one, the food system is a global one, and one fewer acre of farmland farmed in the United States could, in theory, mean one more acre farmed abroad in a nation where environmental protections aren’t as strong or where the climate stakes are higher (for instance, Brazil’s Amazon forest). There’s likewise the concern that carbon sequestered in US farmland may not be sequestered for long. If a farmer were to decide to leave the conservation program after his or her lease is up, any emissions gains could be lost as soon as the land is plowed.

None of that is to suggest that the USDA efforts are misguided or that climate solutions are impossible. The point is that real progress will require long-term thinking and global co-operation. And in that regard, the CSR expansion likely matters less than Vilsack’s other Earth Day appointment. Hours after briefing reporters about the CSR program, Vilsack hosted a virtual climate summit with nine foreign ag ministers. “We have something to learn, they have something to learn,” Vilsack said before the meeting. “And, so, the point here is to work collaboratively.”