The Hidden Cost of Growing Pot 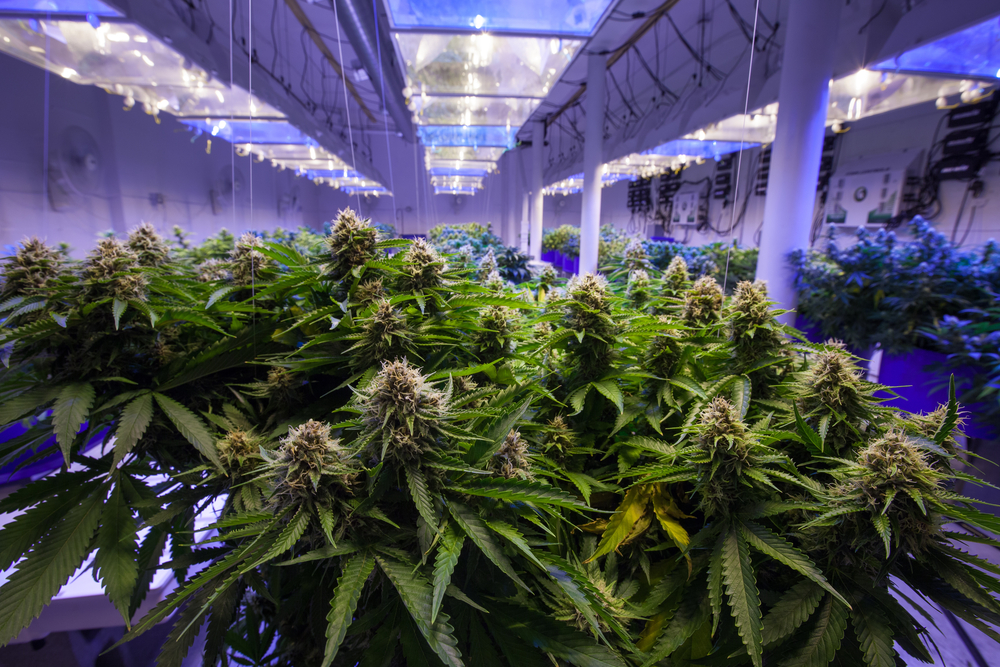 In certain parts of the country, the carbon footprint of growing weed can rival that of the coal mining industry.
Photography by Canna Obscura/Shutterstock
Share
Tweet
Pin
Email

The American pot industry is blazing. Recreational use is now legal in more than a dozen states and medical marijuana in a total of 36. That has meant big bucks for growers and sellers across the country. Sales have jumped from an estimated $3.5 billion in 2012–the year the first states legalized recreational use—to more than $13 billion today. That figure could reach $35 billion by 2025, according to industry experts.

Turns out, though, all that green comes with a cost—namely a carbon footprint that can in certain parts of the country rival that of the coal mining industry.

That’s according to a new study, published this month in the peer-reviewed journal Nature Sustainability, which offers one of the first estimates of life-cycle emissions for pot grown in warehouses. A significant chunk of American weed is currently produced in these facilities as a result of both local climates and regulations.

The researchers behind the study found two main things: Indoor cannabis farming is a major source of greenhouse gas emissions and those emissions can vary greatly by region—somewhat counterintuitively, in large part because of the weather outside of the warehouses. “When you’re thinking about growing plants indoors, the weather outside is sort of the last thing you might normally think about,” says Hailey Summers, a doctoral candidate at the Colorado State University Department of Mechanical Engineering and the lead author of the paper.

The weather outside, however, is critical since, the worse it is for growing, the more energy it takes to make the climate inside hospitable to the plants. Cold temperatures in the Mountain West or the Midwest, for instance, force growers to crank up the heat to keep the plants warm, while the crushing humidity in Florida or Hawaii leaves pot farmers little choice but to rely on dehumidifiers. In fact, climate-controlling HVAC systems proved to be the top source of emissions from indoor pot farming, above grow lights at number two.

The legal pot industry is still young enough where hard data is tough to find, and there is no official estimate of how much US weed is grown outdoors versus indoors. But a recent industry survey suggests that about 42 percent of producers operate entirely indoors, while another 18 percent grow part of their crop inside. There is a variety of reasons why a farmer may opt for a warehouse over a greenhouse or a field—from the weather to safety and quality control, to local laws and regulations that can either explicitly require or implicitly encourage pot to be grown indoors.

Colorado offers a nice illustration of how the reality on the ground can impact emissions. In 2012, the state became one of the first two in the nation to legalize recreational weed. (The other: Washington state.) Colorado’s law and ensuing retail rollout proved an early success, and it served as a model for many of the states that followed.

But a confluence of factors—state rules requiring production facilities to be nearby retailers, cold winters and fears of theft—led many of Colorado’s pot producers to set up shop in legal grow houses within the city limits of Denver. According to Denver officials, the pot industry accounted for 1 percent of the city’s total electricity use in 2013, the first year after recreational use became legal, and 4 percent five years later.

The new study found that, based on its modeling, if all of Colorado’s pot was grown inside, it would account for about 1.7 percent of the state’s annual greenhouse emissions. Even if you factor in the relatively small amount grown outside—about 10 to 15 percent, according to Summers—that still puts pot emissions roughly on par with the state’s coal mining industry, which accounts for about 1.5 percent of annual emissions.

Summers says she and her colleagues are currently working to translate those numbers into something more digestible for consumers. Their early attempts to calculate emissions on a per-serving basis, for instance, suggest that about 10 mg of dried pot flower—enough to deliver one serving of THC by some estimates—is responsible for more GHG emissions than a single serving of beer, wine, coffee or even a single cigarette. There is still more work to be done on that front, however. “We have people ask if they can say, you know, ‘smoking a joint is worse than drinking a beer,’ and I have to say, ‘not yet,’” says Summers. “But we’re getting there.”

Not a medicinal user myself, but this doesn’t seem like an unbiased article. just saying.

So, wouldn’t it make more sense to grow it outside like the Good Lord intended? Sure, it would be seasonal; but just ask any old hippie. there was never a shortage in the 60s. And what the h**l you mean by “evil weed’?