At least in one part of Malaysia. Sort of. 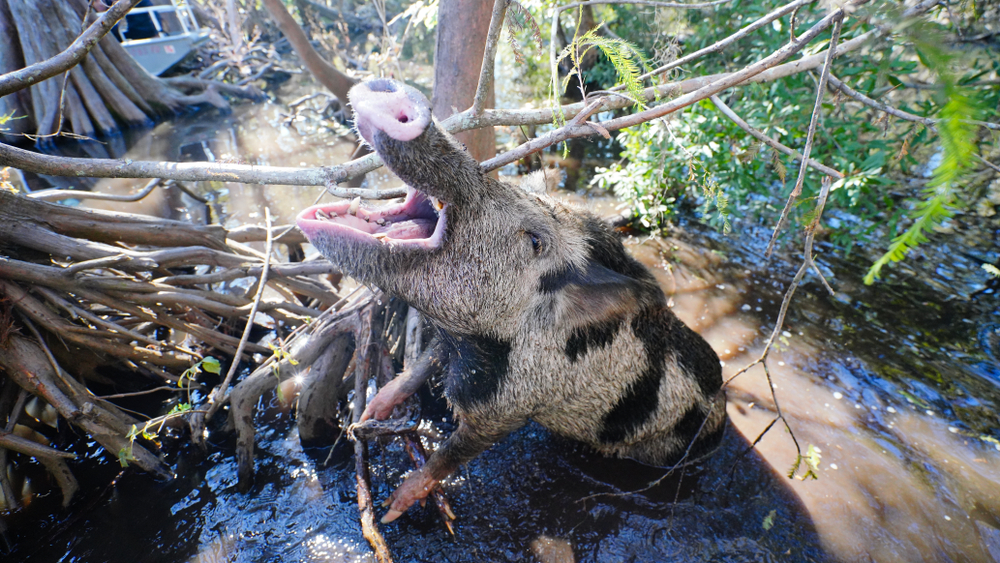 Feral hogs are considered a major environmental hazard wherever they’re found—which is pretty much everywhere.

But a new study from researchers at the University of Queensland, in Australia, looked at one particular hog-riddled area of Malaysia, and they found something odd: They actually contributed to biodiversity. How could that be true?

Feral hogs are either escaped domestic hogs or wild-born descendants of domestic hogs; they will sometimes interbreed with various compatible wild species such as boar, but it’s the feral domestic pig that’s seen as particularly destructive. Feral hogs trample and root through soil, contributing to erosion and filling waterways up with silt. (They also contribute feces to waterways, sometimes contaminating them too much for other animals to survive in.)

Hogs are also generalist foragers, and they will eat just about anything. They’ll eat agricultural crops, wild plants, fruits, insects, small animals, tree saplings and even endangered sea turtle eggs they’ve dug up on the beach. They are, as this piece in The Conversation notes, a widespread invasive species that destroys just about everything in their path.

But this new study, examining the impact of feral hogs in southern Malaysia, did find one specific positive example. The researchers were looking into how feral hogs affect the growth of tropical tree saplings. After tagging nearly 35,000 young trees, they wanted to see how the overall tree biodiversity changed due to the influence of the hogs.

What they found was that the hogs, for some reason, tended to dig and construct their birthing nests—which destroy saplings—disproportionately around the dominant tree species in the area. In other words, they killed proportionately more of the most common saplings, leaving the rarer trees in place. That meant that the biodiversity in the hog-riddled areas was actually better than in the non-hog areas.

That said, this doesn’t indicate in any way that hogs are good for the environment. From 1996 to 2010, the hogs also drove a 62-percent decrease in the number of saplings overall, which the researchers describe as “unsustainable” and we’d describe as “horrible.” The reduction in young trees spells disaster for the overall health of that rainforest, even if the trees that remain are slightly more biodiverse than elsewhere. This study is more about seeing exactly how feral hogs affect the environment; they do it in weird ways. Sure, they’re incredibly destructive, but they also create muddy pools in which amphibians like to breed! The effects of invasive species like wild hogs is never simple. It’s hard to argue that it’s “good,” but it sure isn’t simple.