Does Being Inside Make Cows Depressed? 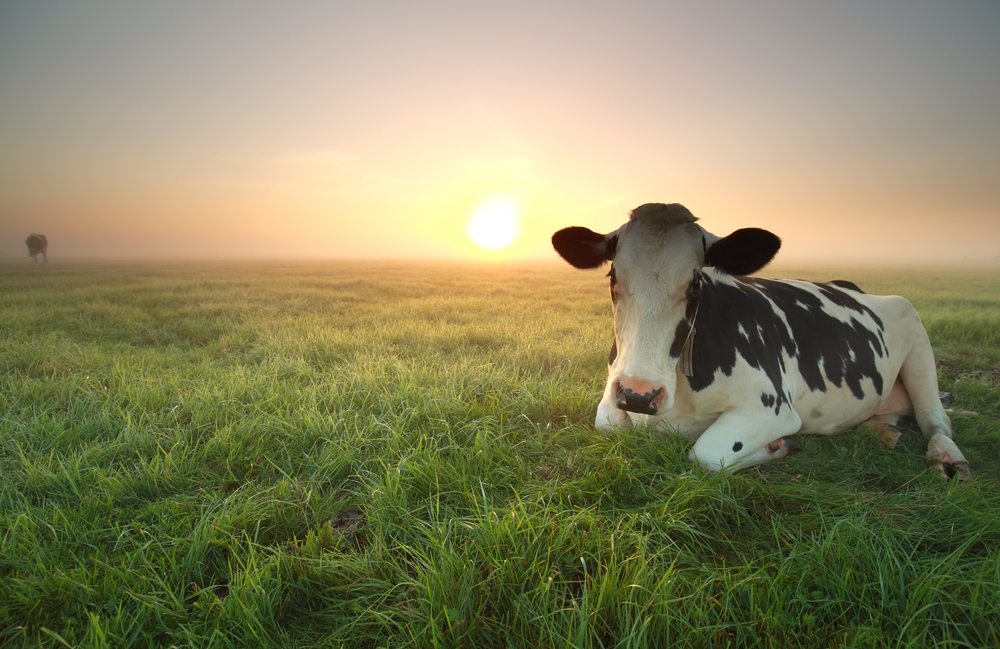 Relatively little attention is paid to the psychological needs of livestock.

A new study led by researchers at Queen’s University Belfast wanted to see how dairy cows handle the psychological toll of having access to pasture land withheld. It’s the first, say the researchers, to look at whether dairy cows experience a depressed, pessimistic mood.

There’s a gigantic body of research on the well-being of cows, but that’s been conducted almost exclusively to maximize yield and profit for humans. But we know, from the little psychological, cognitive and emotional research done on cows, that they experience a wide range of emotions. They have robust and rapid learning abilities, can discriminate between humans even when they’re wearing the same clothing and perform well in maze tests. They also, as herd animals, have a fairly extensive vocabulary for communication among themselves.

Cows, in other words, are pretty complex animals that have the dubious ability to experience pessimism and depression. This study used what’s called a spatial judgment bias test, which relies on a simple idea: How fast you look for a reward indicates your belief in whether a reward exists and, thus, represents a sort of simple optimism.

This particular test involved dairy cows, which were given the test after 18 days of pasture living, and then after 18 days of living indoors. The cows were trained to go to a bucket with a food reward, with other buckets of food nearby for which they had no training. If the cows moved quickly towards the other buckets, they were likely, according to this theory, experiencing optimism: They have no real idea whether there’s food in those buckets, but an optimistic cow is more likely to rush towards them.

The researchers found something odd, though. The cows living on pasture were actually slower to the possible reward buckets, compared with the indoor cows. This surprised the researchers, who expected the opposite. But they thought about the results more deeply, and they wondered: What if the pasture-raised cows simply didn’t care as much about the possibility of a bucket of feed? What if they were fairly content in their regular lives and didn’t feel the need to rush to any possible treat? They write in the study that the pasture-raised cows’ slowness “reflected lower reward anticipation, indicating that they had more rewarding lives and better welfare, rather than pessimistic judgement biases, which would indicate less rewarding lives and worse welfare.”

That lines up with other research these scientists had done, which indicated a more restful, leisurely and comfortable life for the pastured cows: They tended to lie down for longer, exhibiting more relaxation, than the indoor cows. (Lying down has been linked to cow happiness.)

There’s more work to be done on livestock psychological well-being, but this is possibly an indication that cows prefer the pasture.

The researchers are making a lot of inference there, and re-tooling their assumptions to fit the narrative that they want to tell, which is not a good sign in research. They go from saying that “They have no real idea whether there’s food in those buckets, but an optimistic cow is more likely to rush towards them.” – a questionable assumption to begin with, to turning that on its head when they didn’t get the results they wanted, saying instead, “the pasture-raised cows’ slowness “reflected lower reward anticipation, indicating that they had more rewarding lives and better welfare, rather than… Read more »

That was an enjoyable read! I love cows!